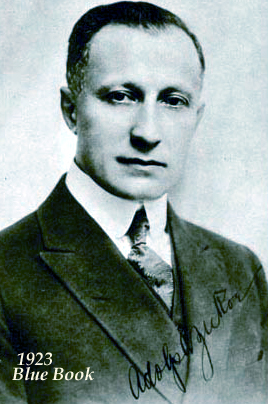 With the notices of the anniversary of Paramount Pictures and stories about Adolph Zukor; I have one.

One day a letter came to Mr. Zukor office, he received letters from young women asking about how they could become movie stars all the time, but this one stands out.  It was found in the business files of .  I think you should read it, yourself rather than me telling you about it.