It was eight or nine years ago, a post was made at alt.movie.silent, which I only found out about on when a dear friend told me about it.

At the time the alt.movie post was written it indicated that there were two Mabel Normand - Samuel Goldwyn films in existences What Happened To Rosa and When Doctors Disagree, wait When Doctors Disagree existence???  Remember in 2001 Steve Massa had not yet made the announcement of finding Head Over Heels nor had a Dutch copy of The Floor Below been screened.

This is such marvelous information, I sent out emails to some of my friends asking what they knew about When Doctors Disagree and I was not disappointed. First news that in a 2002 book on "Those Movies" by W. Lee Cozad says that a copy of "When Doctors Disagree" still exists at the film archive in but cannot be viewed due to its extremely fragile condition. Then the news came that the FIAFs Treasures at the Film Archives database, still has When Doctors Disagree listed at the Cunematheque Royale. And wouldnt you know it another email saying that a friend is going to after the first of the year and he will see about getting the ball rolling.  The idea that a Mabel film has been setting in an archive while the world is hungry for more of her is so frustrating.

So what is this fragile 90 year old film about? In When Doctors Disagree Millie Martin (Mabel Normand), the village gawky hoyden of Ferryville incurs the enmity of the whole town when during the May Day celebration at Ferryville, She pulls up the Maypole and drags it through the woods and gets tangled in its gaudy ribbons. Millie Martin, whose skin flint of a father (George Nichols) will not buy her appropriate clothes, watches as Violet Henry (Fritzie Ridgeway), the daughter of the town's richest man, being pushed into a stagnant pool by the village bolsheviks.  Millie pulls her out.

According to another article, she swings onto a branch dangling her feet and swinging herself by her hands, hanging opossum like and at length shinnying up the barky trunk at the expense of the skin on both her hands until she reaches the topmost branches.  Millie jumps over a picket fence rather than going through the gate to enter the farmhouse yard (It is just her style.)  Millies father was amused with the story of the Maypole.  He gave her a dollar; Mallie buys beauty cream in getting ready for her first railway journey. On the train, Millie meets a fat young man, John Turner (Walter Hiers), a carpet layer disguised as a doctor. Earlier, John fought with a man caught cheating at poker, he thought the cheater was killed. He gripped his uncle doctors bag and  his uncle's railway ticket. After Millie feigns a toothache to get John's attention, her father, to avoid a doctor's bill, gives her chewing tobacco as a remedy.

When she swallows a plentiful quid of it, and not knowing what to do John orders an operation, the train stops at a nearby sanitarium. Millie panics and gets entangled in the capacious folds of her hospital nightgown, slides down a rope made of twisted bedclothes from the third story of the hospital and escapes into the maternity ward where John finds her in a room with a baby and mistakenly thinks she has just given birth.  Millie and John, her plump idol, steals a Ford automobile and Millie drives it through puddles of water and at length gets stalled in the middle of a creek, through which she coaxes the Ford with comic results.  John is mistaken for a burglar but after his uncle (James Gordon?) arrives to straighten matters out, John and Millie explained and they are free to pursue their romance and the two fade out hand in hand. One review descripts her work in When Doctors Disagree as showing cleverness as a pantomimist. She cold creamed her face -- giving it a clown like effect and makes her shapely arms look long and badly proportioned. She played an awkward country girl and she wears her clothes without grace and then transformed into a society butterfly.  The reviews reported that there were moments of pathos in the picture and she switches from fun to sadness in the twinkle of an eye. Mabels personality dominates every scene.

Victor L. Schertzinger, who Mabel called Pop in directing her gave Mabel her head in When Doctors Disagree and prove himself a man who understood how to work with Mabel thus giving her fans the kind of character that had proved a success in the past.  Here was the old Mabel a bewailing gene glimmer of her eye; cross-eyed, knockneed, tanglehaired, dirty handed awkward, ragged charms of her.

The scenes of the sanitarium were shot on the grounds of the Whittier State Reform School - . In a charming article written by Truman B. Handy in 1920, tells about when the production company was at the school and Mabel, Pop Schertzinger and the rest of the cast and crew had been "shooting" for a short time in the spacious grounds, when Mabel noticed that a number of the boys were watching.  After lunch one of the boys, sneak away from his friends, and started to pick a bouquet of flowers from the garden. Each time one of the strict looking guards came near the child hide the flowers behind his back and continued picking his flowers.  Mabel was just about to speak to the boy when a larger boy snatched the flowers from the smaller boys hands and gave them to Mabel, the little flower-gather started to cry and the guard noticed the boy who had handed to flowers to Mabel and the older boy was punished for the perceived flower picking.  Meanwhile, however, the various other inmates of the school completely gleaned the garden and hedges of their blooms, piling them in Mabels car. She wanted to give some kind of gift to the first little boy who had tried to give her a bouquet but learned that the children were not allowed to receive gifts, but perhaps the guards might let him keep a photo of her.

The very next day Mabel had a surprise for the boy when she arrived with, in one hand a photo in a nice frame and in the other a permit from the county authorities to take the juvenile offender for a ride with her in her car.

The reviews of the animated, action full fun-making vehicle were very well received.  Picture World of assured the public that that this was the best Goldwyn comedy that Mabel had made; full of ridiculous situations and superior clowning

Hiers seems an odd romantic lead but the overweight Hiers was Goldwyns answer to Roscoe (Fatty) Arbuckle.  It was with the pairing of Mabel & Roscoe that Keystone was able to create many successful films and When Doctors Disagree was Goldwyns answer.  Mabels co-star Walter Hiers was well liked by the audiences, in his over 80 films.

The work of Percy Hilburn as the cinematographer was also recognized for his excellent choice of scenic waterfalls, streams and deep valleys for this film in the .  He was also director of photography for Sis Hopkins and The Pest.

The scenes filmed in the woods were done in the , including . The film had unannounced pre-release showings in on the West Coast and on the East Coast in .

Board of Review (State Censorship Board)

Requested that scenes and titles needed to be eliminated before they could screen it in Kansas, it was reviews May 26, 1919, ELIMINATE SCENES AND TITLES INDICATING DOCTOR SUSPECTS MABEL TO BE THE MOTHER OF CHILD AND HER EXPLANATION AND IN REEL 5 - TITLE "WE GOT A TELEPHONE AT OUR HOUSE - I'M GOING TO FIND ABOUT YOU BEFORE I GET FAMILIAR WITH YOU." Heres Our Prairie Flower Back, Wild Like she Uster Be! Well I chucked for an hour and now I dont care if it does look like rain (Thats what a good laugh does for you!)

Doctors are always more or less funny when they disagree, as any patient soul with a sense of humor has realized while under their ministrations.  They are, however, seldom so hard put for a solution to a problem as they are in case of Mabel, who on her first train ride looks in the eyes of a fat young man; forthwith chews tobacco and lands with her hero in a sanitarium.

You meet Mabel being insulted by a haughty queen o th May whom she repays for her impertinence in truly Mabelonian fashion, exactly as she used to accomplish such acts in the old Keystone days.  You then excitedly accompany her rough and tumble progress through a series of incidents that give her a chance to exercise every fascination supposed to be peculiarly hers.  Shes a gawky hoyden; shes a spoiled child; shes Mary Pickford; shes Charles Chaplin.  She caps the climax as Mabel in a Nightgown, escaping with her plump idol in a stolen automobile from the sanitarium, which she leaves in a disrupted condition awful to contemplate.

The director gave his star her head in this production and thereby proved himself a man wise in his generation.  Miss Normand doing things properly was not a success.  Her admirers went with solemn regularity to see her.  But it was solemnly they went for old times sake.  A mournful procession of old gentlemen, fond of congregating in office building after the show and reminiscence on Mabel as she used to be; bewailing the gene glimmer of her eye; the disappeared, cross-eyed, knockneed, tanglehaired, dirty handed awkward, ragged charms of her.

But now they may cheer up and don red neckties again.  Mabel in When Doctors Disagree is the old Mabel and she has a lot of good assistance from her cast. 1919, May 10; Picture World, Crowded with the subtle comedy touches by Mabel Normand

1920, March 20; Dramatic Mirror. Before They Were Stars: Mabel Normand

Catalogue of copyright entries, Volume 16, by Library of Congress, page 1575

Film Libraries, and Collections throughout the World/Web Links

Thanks are due to:

Rob King update on the Belgium copy of 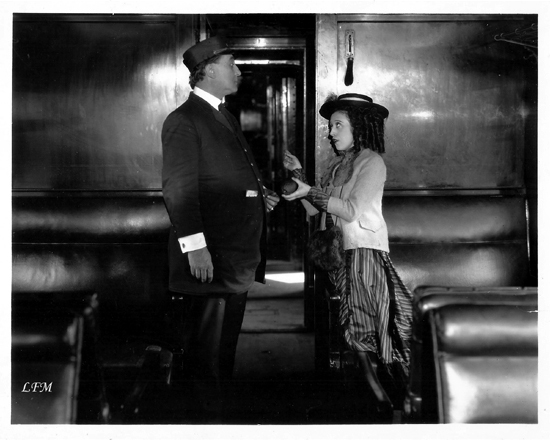