The photos of William Desmond Taylor came from the Times Photo Achieve, through the kindness of Mary Mallory.

After I put pictures of Sergeant Taylor on Looking for Mabel, yesterday, a friend asked about s military service, I had read something in Bruce Longs brilliant Taylorology a few years ago but s enlistment didnt include anything about Mabel Normand, so

I had to look it up. William Desmond Taylor was 46 in the summer of 1918, it was near the end of WWI but no one knew that then.  He enlisted in the British Army as a private, he was British and it was the British thing to do.

In a number of articles found in Taylorology 40, April 1995, the photos were found in the LA Times Achieve were reported to have been published in a number of newspapers.  In one of them, there are four soldiers outside a tent; one is and another is identified being Sergeant Major Ellis G. Towt.  When was killed Towts interview was published in the , San Francisco Call-Post

..."I was stationed at , when Bill Taylor 'blew' into camp. He told me he was manager [director] for Mary Pickford. His civilian address was given as the Los Angeles Athletic Club. At that time, too, I believe, he was head of the Motion Picture Directors' Association.

"He was dressed in very expensive clothing when he arrived. It was on . Besides his clothing he wore several diamonds.  "I noticed that he was a gentleman, well educated, silent and considerate of others. There were few available tents and I offered to share mine with him, even though he was only a private.

"His poise and efficiency soon won him promotion to corporal and later to sergeant. At my suggestion he sent his diamonds and expensive clothing back to .

"During the time that he was in camp he put on several shows for us and won wide publicity. Later he became sick. It was his stomach. He couldn't eat, but requested that I not get a doctor. I notified the medical corps, however, and he was placed in a hospital. Soon after his recovery he went overseas and I never saw him again.

was assigned to the Royal Army Service Corps (RASC) of the Expeditionary Forces Canteen Service, stationed at and promoted to the temporary grade of lieutenant on January 15, 1919.without additional pay or allowances. The RASC was responsible for land, coastal and lake transport; air dispatch; supply of food, water, fuel, and general domestic stores but not military and technical equipment.

had left in July 1918, like all recruits he had to have a physical examination; this was done by the Canadian (British) recruiting mission in .  The examination was done by Dr. Maddock, who in an interview done in 1922 remembers that as a man of fine physique for his age, one of the best physical specimens I had yet seen.

Recruits were sent to and than to either Vancouver or Chicago; the records show that entered service on in .

In the NEW YORK TIMES, ran the Stuart Coolings interview regarding s time at the tent camp at Fort Edward Fort Edwards at .

In the summer of 1918 with other recruits; I was Provost Sergeant. He (Taylor) was very quick to learn and became a Lance Corporal in two weeks, a Corporal in three weeks, a Sergeant in five weeks, and a company Sergeant Major in two months. Then we went to and he got a Lieutenant's commission in the Army Service Corps of the British Army. His men worshipped him--would do anything for him.

Ivan Rovel was interviewed in 1922 about the William Desmond Taylor; he knew in 1918, it was found in the , CHICAGO AMERICAN

"I enlisted in the British army in in the latter part of August, 1918, and was sent to .

"There I was placed in Company C, made up of colored men from various parts of the .

"William Desmond Taylor, the man slain in , was Sergeant Major of my company. We left on , arriving at on .

"From there we were sent to Hounslow Barracks, where we were grouped and assigned to different regiments throughout , and .

" was assigned to some regiment other than mine and we parted at Hounslow Barracks. It was generally understood he was sent off somewhere to receive a commission. But to the best of my knowledge he was a Sergeant

Sergeant-Major Percy Sweet also served with in January 1919, he was interview by the WISCONSIN NEWS and reported that was a first lieutenant with Army Service Corps of the Expeditionary Forces Canteen Service, stationed at , on the Belgian border, shortly after the armistice.  ...Sweet declared it very probable was advanced to a captaincy as stated in Monday's dispatches, after the armistice. He said privates and officers in non-fighting units such as the one to which was attached, were commissioned rapidly that they might take the places of officers who had seen hard service. He asserts positively that was a first lieutenant, being second in command to Maj. Meghar, a veteran with a long record in the British service in .

The officials of the Lasky Studios found the records in s bungalow after his death of his service as a lieutenant when they were going though s personal papers. Among the items were a pass of leave from duty in for Lieutenant Taylor, dated .  William Desmond Taylors British army number was F-56979, and regiment E.F.C., R.A.S.C.   He served in and was the second officer to enter after the Germans evacuated the city.  He also reached and other German points and spent some time in before returning to States. 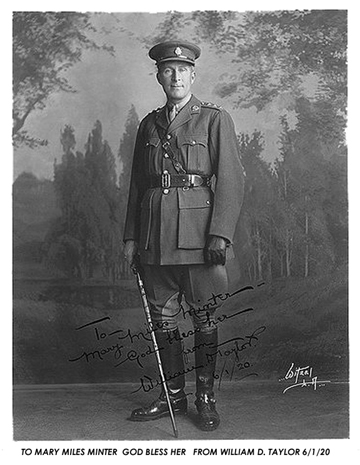 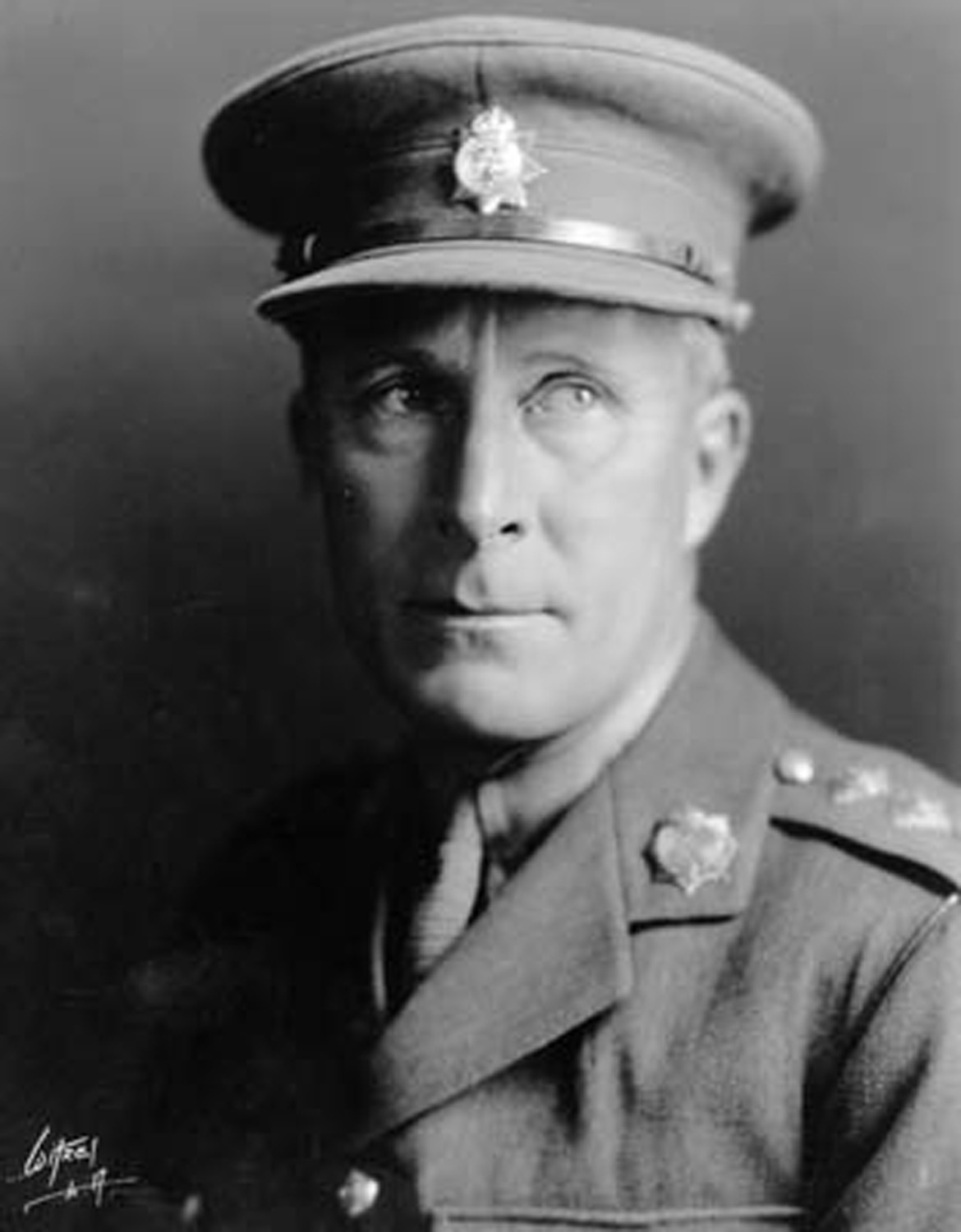 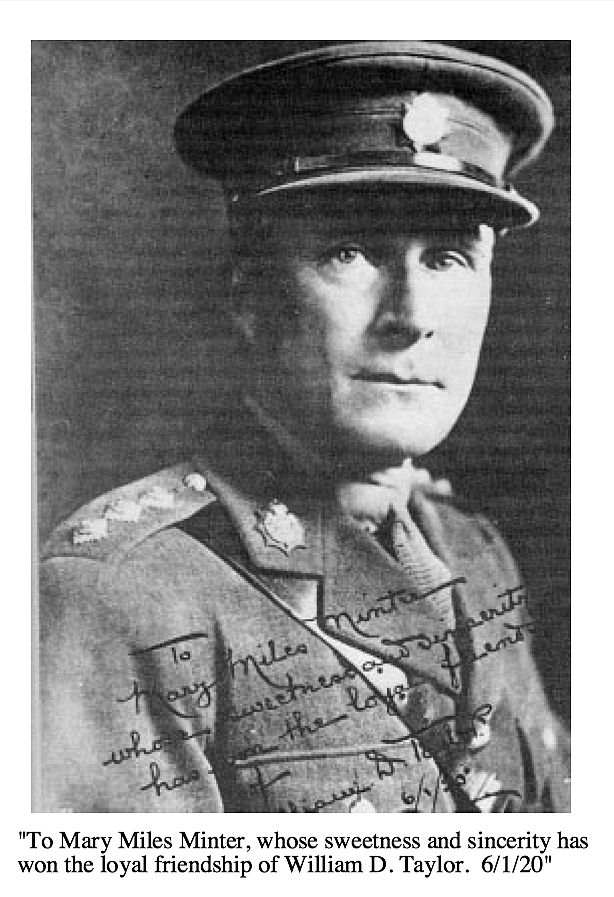 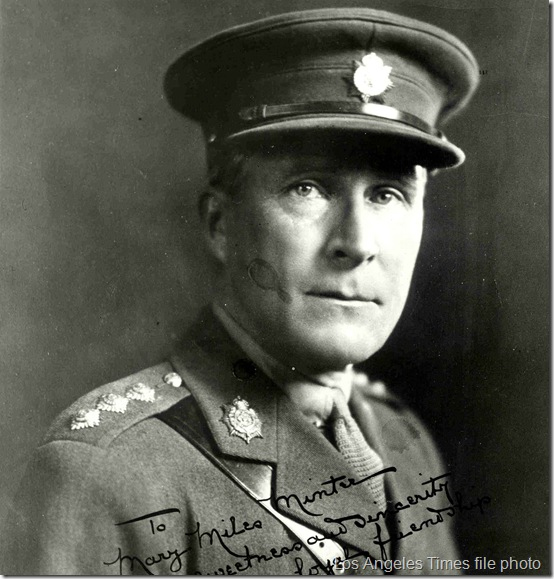 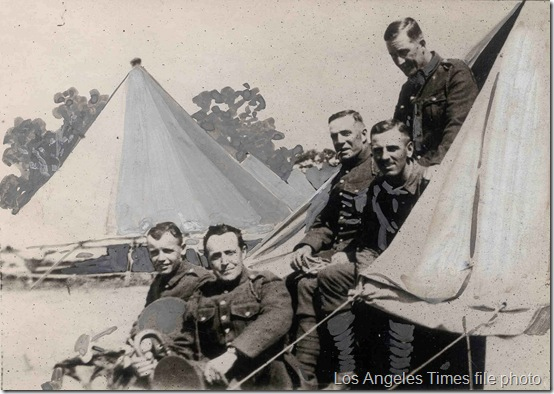 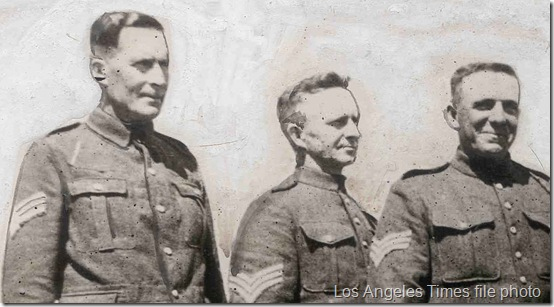 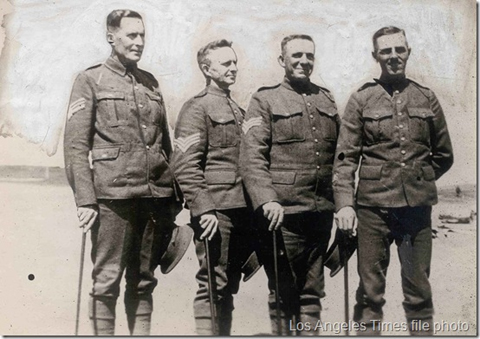