Wednesday, () a photo of Mabel Normand standing next to a large elephant sculpture came from our friend, Rob Farr.  Rob found it at a blog called Black and WTF which has a wacky and bizarre section of vampish photos  At first I thought the photo was done in New York as Mabel seems to be wearing one of her Paris fashions from the 1922 buying spree and the background looked like a department store, I was wrong.

A lot of you know more about the early history of than I do, so feel free to correct my errors.  What I understand is near the end of the 1880s after the land-grabs, the population of the area started to decline as and had much better harbors and the water supply of wasnt able to support a large city development. Between 1880 and 1888 the area was losing a 1,000 people a month; the train tracks ran both ways

The Wealthy wintered in the sun and the sickly came to heal but there wasnt industry, yet. Of course, the discovery of oil lined the pockets of the early investors in southern and LA was on its way to becoming the place to be

The Story of the well-traveled Pachyderm

"The Elephant in the Room"

Mother said that she could die in peace now,

knowing that she had seen an elephant made out of walnuts. 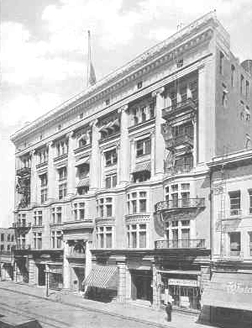 The photograph is of Mabel Normand standing with Frank Wiggins California Walnut Elephant.  In was taken inside the Los Angeles Chamber of Commerce building on Broadway in downtown .  The dress appears to be from the 1920s, not earlier.  It is a promotional image advertising the glories of southern , a rather grand picture.

Chamber of Commerce was formed on to encourage the marketing of the area.  One of the things the Chamber did was to create a 2 year traveling exposition called  on Wheels a railroad car with a display of agricultural products. During the tour over a million people saw the exhibit, which showed that southern had more than just a wonderful climate, it was truly, 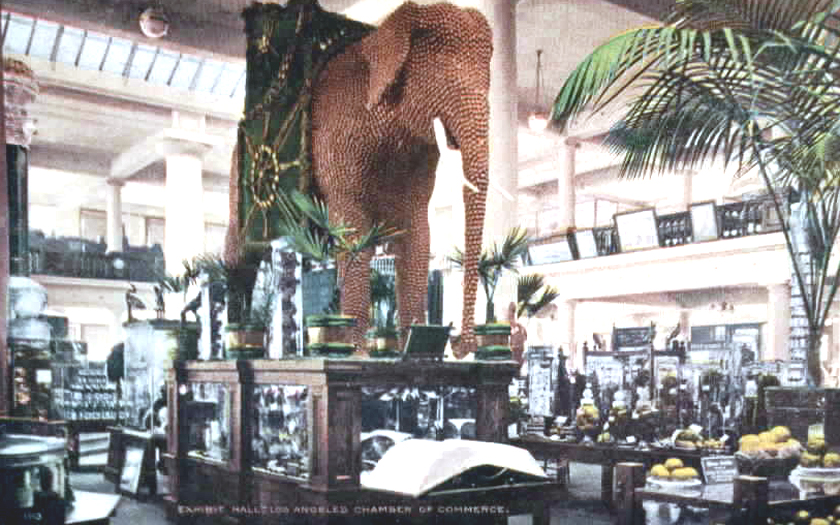 Frank Wiggins was the secretary of the Chamber; he pushed the idea of featuring s agricultural products at the various fairs and exhibitions.  He created a large elephant out of 850 pounds of walnuts for the 1893 Chicago Worlds Fair. If people wouldnt come to southern than Frank Wiggins would bring southern to them. 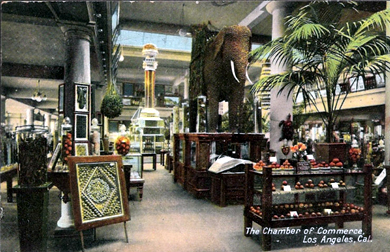 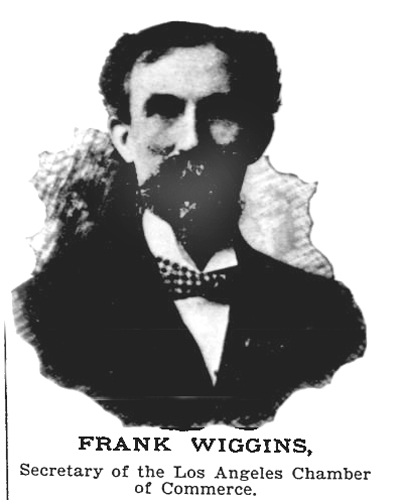 Life Magazine, ran a story by Roger Butterfield titled  is The Damnedest Place The author wrote that the business life of might be said to really begin in 1888 with a man named Frank Wiggins and his elephant made of walnuts.

Wiggins was a tall, bony man with a drooping mustache that covered his mouth. He was 37 when he came to to die.  Friends carried him to a tent on the beach at , for the benefits of the sea breeze and next he was taken into an orange grove in the Valley where he was fed citrus and drank wine and bathed in olive oil.  His health was restored and he married his nurse.

The elephant was madeof walnutsto call attention to and at the 1893 Chicago World's Fair. The marvelous walnut elephant immediately became the symbol of , it was so popular that Wiggins made a mate which travel around the country, while the original elephant stayed in a permanent exhibit on the 9,600 square foot main floor on a great pedestal at the Chamber of Commerce headquarters and waited for Mabel Normand to come. 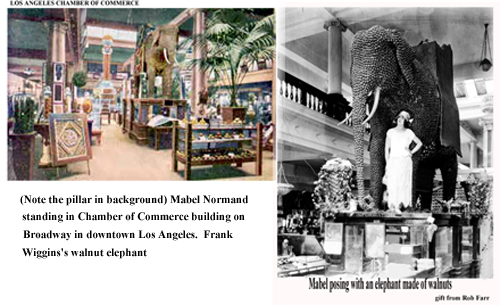 After the Chicago Fair, there was the Mid-Winter Fair in .  Two years later the wonderful elephant was part of a large display in .  In 1898 the Chamber had space at the Trans-Mississippi Exposition.  In over 125,000 booklets telling of the glories of southern were handed out.  That 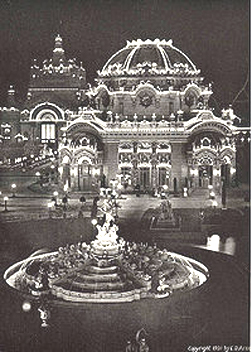 same year the exhibit was part of a fair in and and then off to the Paris Exposition.

The Pan-American Exposition (1901) has historic significance as it was where William McKinley was assassinated.  It occurred on . He was visiting the Exposition, standing in a receiving line shaking hands when he was shot twice by Leon Czolgosz.  McKinley died on . Theodore Roosevelt succeeded McKinley as President. 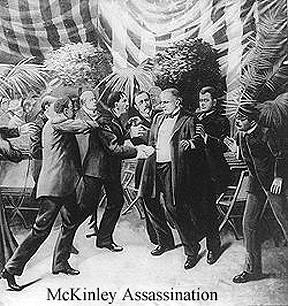 Frank Wiggins and the Los Angeles Chamber of Commerce were there with the walnut elephant. In a news story the exhibit was described as the most attractive in the section but the thing that attracted the most attention was the full sized elephant built of English walnuts.  It seems that it was only in 1887 the experiment was undertaken to grow English walnuts in southern and it worked. In only 14 years the walnut industry had 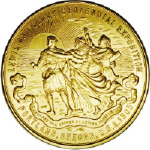 become internationally important.  The resources of were shown to the residents of the Northern and Eastern states. At the Buffalo Fair by Frank Wiggins and his contribution were recognized. 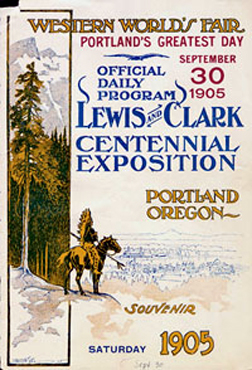 In the Los Angeles Herald dated was an article about the Portland Oregon Lewis and Clark Centennial Exposition, the official name was Lewis and Clark Centennial and American Pacific Exposition and Oriental Fair.  President Roosevelt at the White House touched a golden telegraph key setting the works of the exposition going, many went directly to the California exposition. 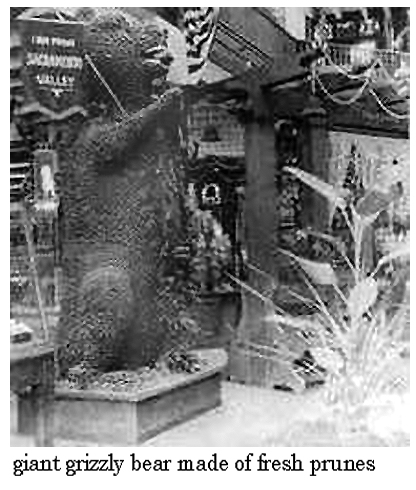 Portland staged the fair from June 1 through October 15, 1905. During those four and a half months, 1,588,000 paying visitors passed through the gates to the 400-acre fairgrounds Clever Frank Wiggins arrayed the wonders and magic of the sunny southlands  was very impressive, visitors saw an entire orange grove surrounded by a border of palm trees in front of the Southern California building inside was a great pyramid in the center of the building. Stacked on the shelves were the samples of fruit and vegetable grown in .  's capitol building made of almonds, the great walnut 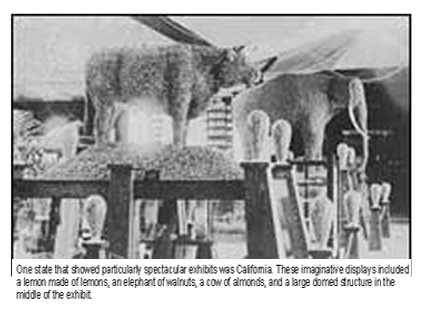 elephant and a giant grizzly bear made of fresh prunes.

Alaska-Yukon-Pacific Exposition in celebrates California Day on , the anniversary of the states admission to the in 1850. showed particularly spectacular exhibits included a lemon made of lemons, an elephant of walnuts, a cow of almonds, and a large domed structure in the middle of the exhibit; there were also rock exhibits, educational exhibits, a cognac exhibit, fairgoers gathered in the back of the 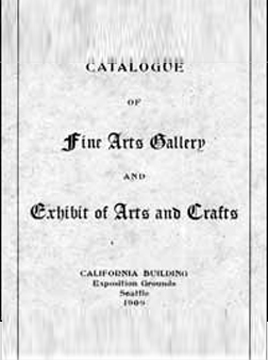 building to receive free fruit. There were two railcar loads of fruit more than 200 boxes of peaches, 100 boxes of oranges, 125 boxes of apples, 50 crates of grapes, half a ton of raisins, and assorted almonds and walnuts.  Exhibits of fresh and dried fruits, ostrich plumes, olive oils, and leather and wool products, all represented products. 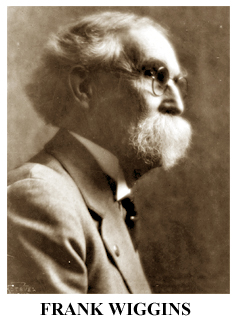 The exposition was on the grounds of the , it took place between June 1 and , drawing more than three million people. promoted itself as a gateway to the rich resources of , the , and

There is a excellent description of the 1915 Panama-California Exposition in the Journal of San Diego History, SAN DIEGO HISTORICAL SOCIETY QUARTERLY; Fall 1990, in an article 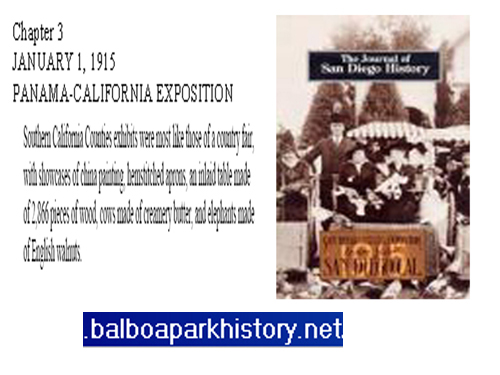 by Richard W. Amero titled The Southwest on Display at the Panama-California Exposition, 1915. There is information about Mabel Normands participation in the Exposition and the film, Fatty and Mabel at The San Diego Exposition at Looking for Mabel so wont discuss it here.

The Fair is remembered as a breathtaking celebration; at , President Woodrow Wilson, in , pressed a telegraph key. The signal turned on the lights and around 40,000 cheered, sang and threw confetti.  There were 200 small wicker motor chairs called "electriquettes" available, there are wonderful pictures of Mabel and Roscoe in a two seat electriquettes the top speed of three and one-half miles per hour.

Counties Building was near the north gate, the exhibit included cows made of creamery butter, and elephants made of English walnuts. 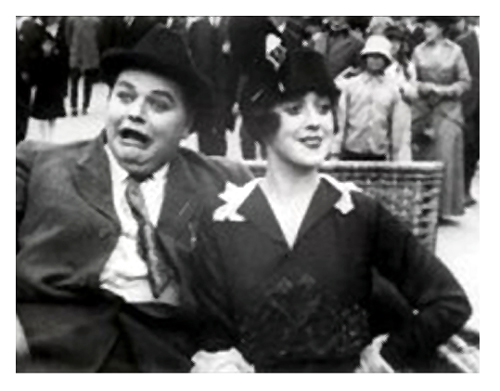 There was a citrus orchard containing about 700 orange, lemon, and grapefruit trees. 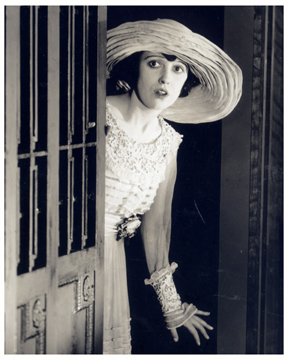 the Chamber of Commerce claimed up onto a platform and stood beside the wacky and bizarre walnut elephant and someone took her picture.

1915 Fatty and Mabel at the Exposition (Keystone)

2004. "Images of President McKinley at the Pan-American Exhibition

The quote Mother said that she could die in peace now, knowing that she had seen an elephant made out of walnuts.. is from  A visit to Old Los Angeles a mythical trip created by Brent C. Dickerson found on his website.  http://www.csulb.edu/~odinthor/socal6.html

At his lovely site, Brent C. Dickerson, dreams of a long-ago southern paradise, through the images found on vintage postcards, a fantasy of a time past.  Brent Dickerson might be better known for his books on the development of heirloom roses, the images in his books are fantastic.

The location of the Chamber changed a number of times moving from the Broadway location around 1925 and 4 or 5 times after that. I called the Chamber and was told that it wasnt mention in a publication done in 1956, called No Little Plans by Norman S. Stanley.   Area Chamber of Commerce  213.580.7500 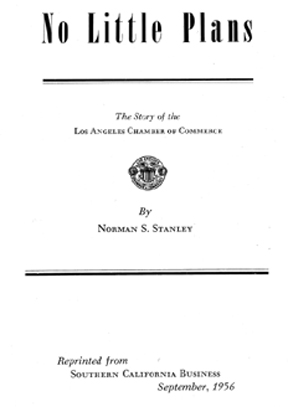 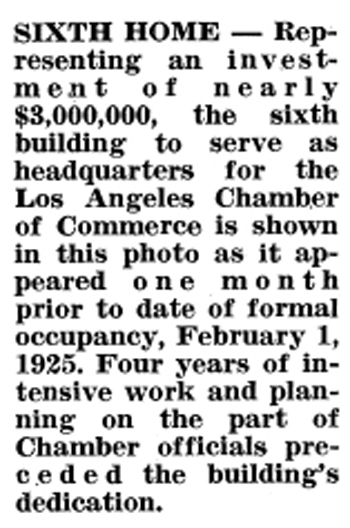 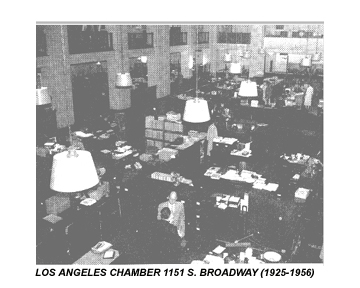