JAZZ WILL BE FEATURE AT THE METROPOLITAN

Victor L. Schertzinger, who directed Miss Normand's newest picture, began his career before the public as a musician. The experience thus gained proved invaluable in filming the rag-time romance in which the screen's leading comedienne will be seen at both Crandall's Metropolitan and Knickerbocker today, for during many scenes the hotel slavery, restricted to the basement floors of a fashionable hostelry, stops her work to dance to the raggy strains of a peppery jazz band on the upper levels.

The Metropolitan symphony-orchestra, composed of twenty-five solo artists, has been rehearsing for a week on one of the most remarkable jazz, scores ever arranged for the accompaniment of a photo dramatic entertainment. Not only has a wonderfully effective score of syncopated melodies been perfectly synchronized with the scenes in the fast-moving farce, but a special overture of brand-new "blues" has been devised to add a further note of originality to one of the unique camera pastimes of the decade.

The Metropolitan orchestra today will be under the direction of Jesse Heitmuller. 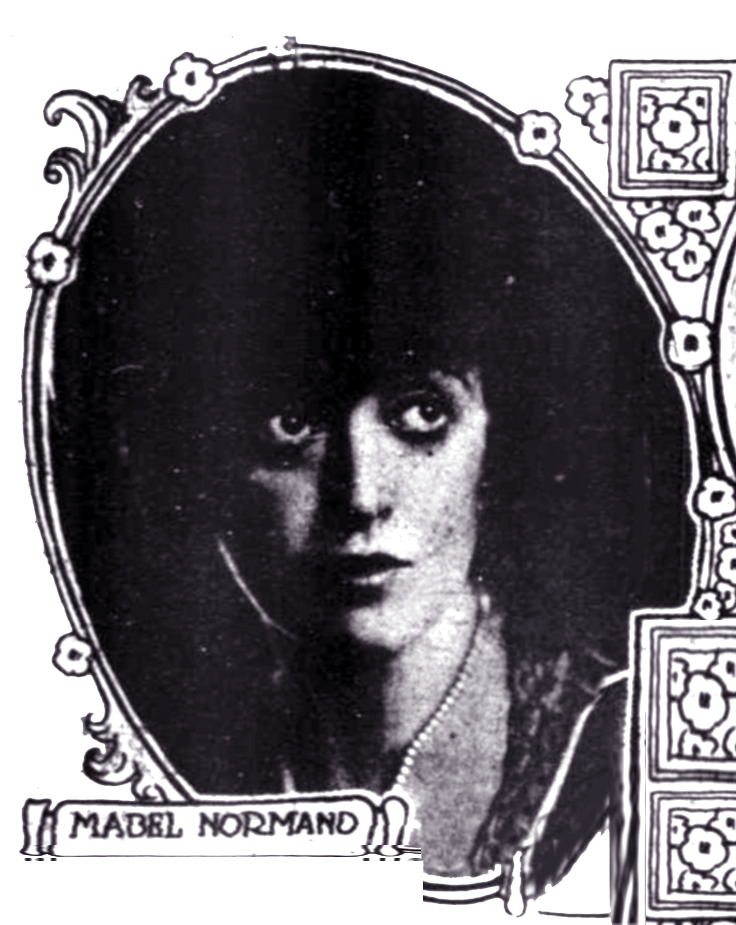 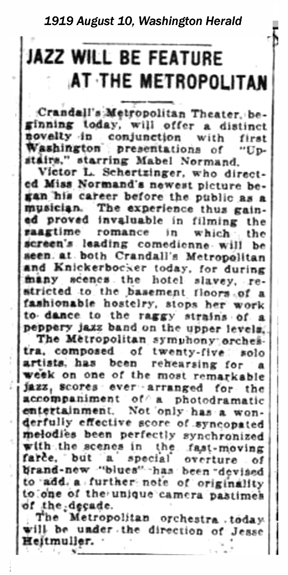