August 1919 in Washington D.C. would have been red hot but if you were thinking of Jazz than according to the advertisement that I received yesterday from "Buckey" Grimm, it was 15 degrees cooler than the street inside the Metropolitann movie house and there was a Blues overture and a Jazz score and on the screen was a Regtime romance starring, you guessed it: MABEL NORMAND, in UPSTAIRS.  It was directed by the musical Victor L. Schwerzinger.  Mabel is a downstairs kitchen slavey who sneaks upstairs in a borrowed gown to the hotel ballroom.  The bellboy who loves her is actually a rich young man who marries her.  Oh, the Jazz Cinderella thanks Buckey.

Back in 2011, I post an article also from the Washington Herald dated , which gives a little more about the movies: http://looking-for-mabel.webs.com/upstairs1919washherald.htm 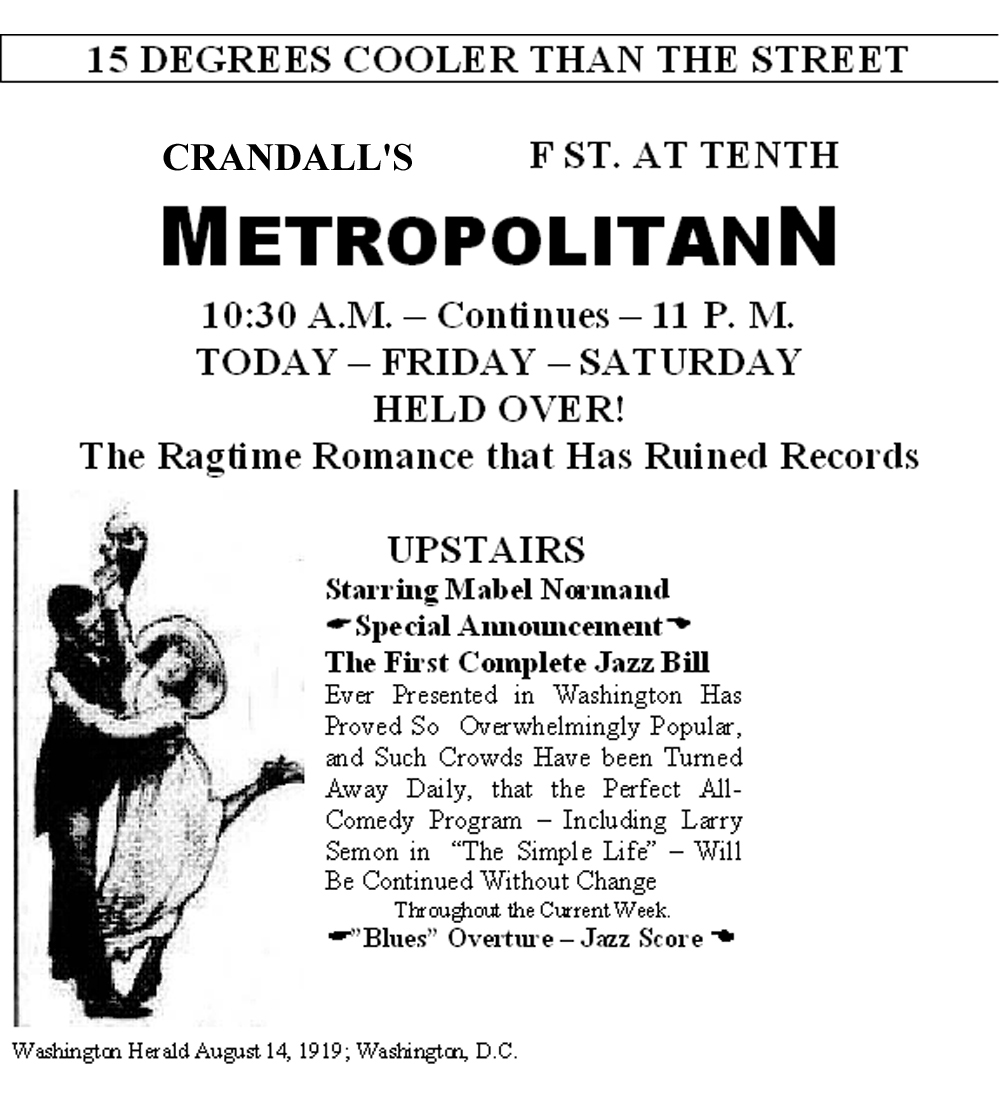 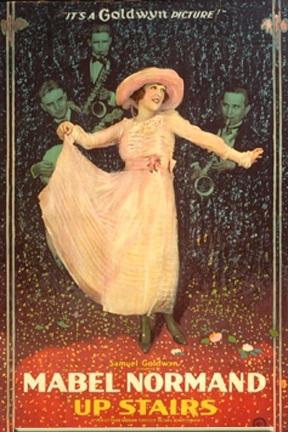 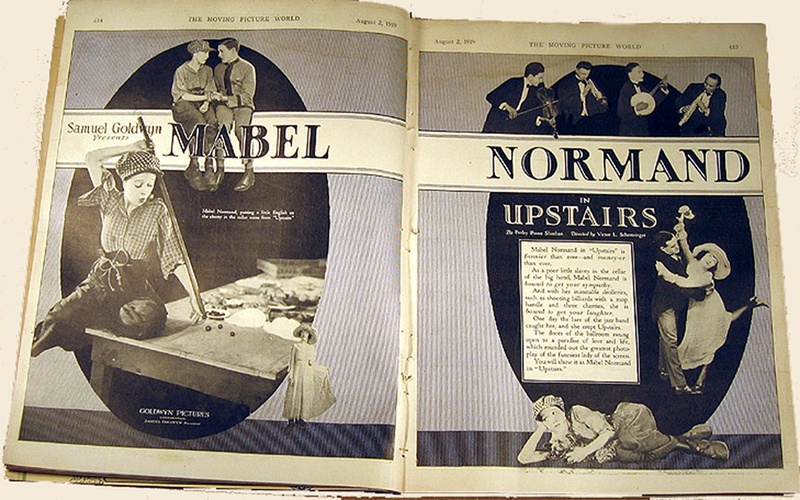