I have found a couple more girls of .  During the 1922 saga of the death of William Desmond Taylor, Mabel Normand lived at a bungalow at and Mary Miles Minter was at the corner of and .  Betty Coss was Mabels secretary; she had a few candid photos of Mabel with chow on what looked like a sidewalk and a couple steps.  The photos were purchased at an auction by a devoted fan of all things Mabel, Richard Scroggins and as the gracious gentleman that he is, he sent copies to me to share at Looking for Mabel.  I put them in there own album in the Photo Gallery.

And this is where the next chapter begins; Elizabeth Dobbs lived at , Mabels residence. She lived at that address as an adult for 15 years or more. It was walking distance to both I Magins and Bullocks Wilshire, where she was employed as a hairdresser during that time.

Her nice, Marisa Bozza came to visit Looking for Mabel the other day and went to the Scroggins Album and found the pictures of 7th Street, which she said have her quite a thrill.  The pictures of Mabel and her chow were taken at Mabels home!  I mean her Aunt Betsy home; Marisa remembers having lived there in her childhood from 1966-1976.

Marisa calls it Mabel's little corner of Los Angeles on 7th Street and that area held a very special place in her heart, which breaks a little every time she recalled the day that she learned that her Aunt was going to have to move so that they could tear it all down.  It so happens that when she found the photos in the album when she visiting her Aunt (who is now 89 years old) and was able to show them to her as well.

Like most of Los Angeles buildings, Mabel building just didnt last very long, it was torn down and the one next to it and Marisa recalls they also took down a whole row of little shops that ran along Vermont. There was a jeweler among them, and a tiny little coffee shop named "Jimmy's" that Marisa frequented regularly with her Aunt Betsy.  Of course it would be lovely to think that Mabel walked her dogs down to the coffee shop and sat outside at a table while the chow got a cup of water and she got a strong dark cup of coffee.

What this means to me is that although there are times I wonder if putting all the energy into posting little pieces of this and that about Mabels life are of any interest to anyone but myself and a few friends that indulgence me by reading my musings (and trying to get me to check my spelling) because they are my friendsand then out of the blue a visitor comes and I understand that the information has value, even if it isnt apparent at the time.

Now isnt this a wonderful use of the internet?! 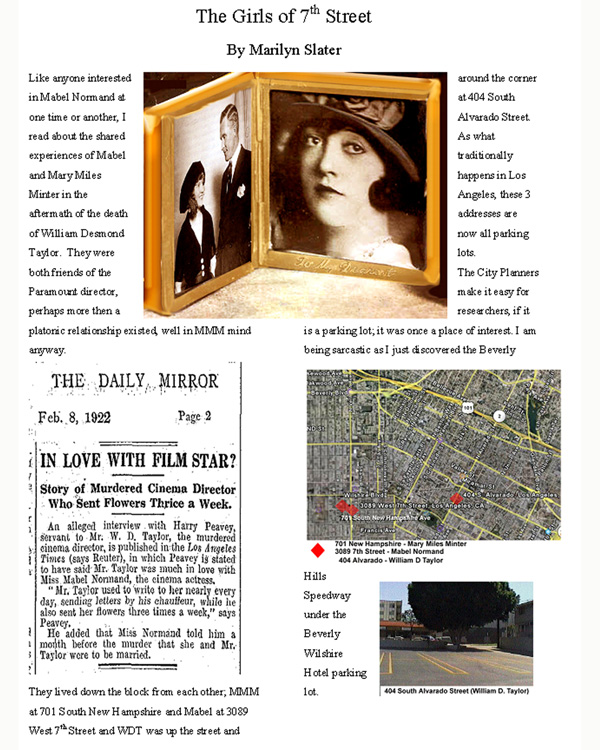 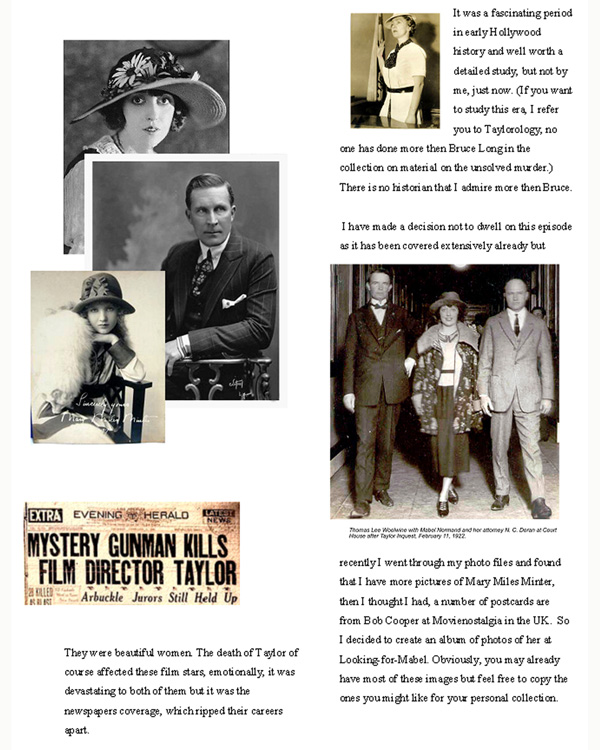 Both the front view at , the side view facing and a rear view, also looking from . 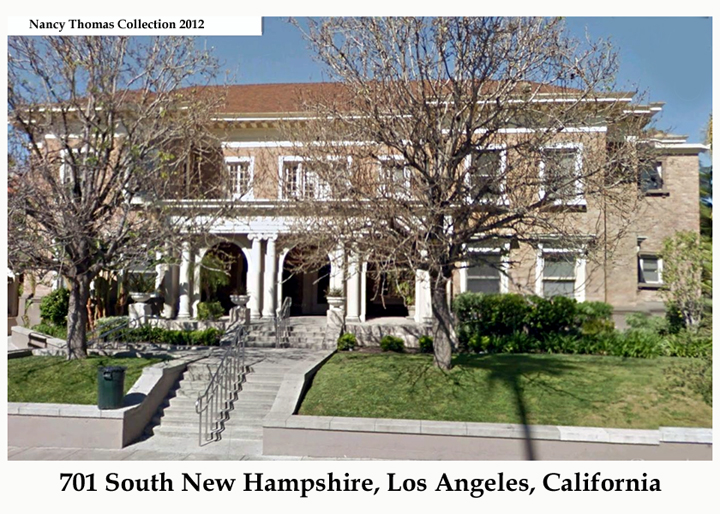 I read your article "The Girls of 7th Avenue" and I see that you wrote that MMM's palatial home as well as Mabel's and Taylor's homes are all parking lots now.  Well, as you can see from these photos, this one is still "alive and well."  I compared it to your photo under your article "Who is Juliet Reilly?" and I see that all the columns, windows and entryways are the same as they were in 1922.  The only differences I see are that the ivy on the front and side is gone, though some still exists in the rear (as is seen in the photo of the rear) and all the chimneys have been removed.