This was posted by Bruce Long and reposted  at FaceBook  If you didn't see it there here's a tuxedo made for in 1911.   latimesblogs.latimes.com 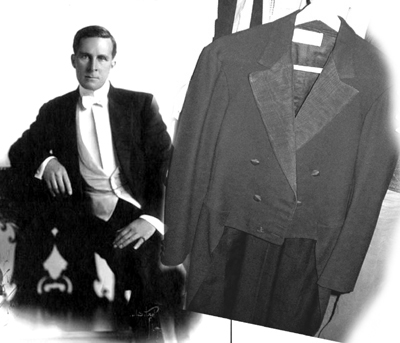 Steven Bibb took these photos while on a recent tour of .  His family founded Paramount Studios and he was on a personal tour of studio archives. 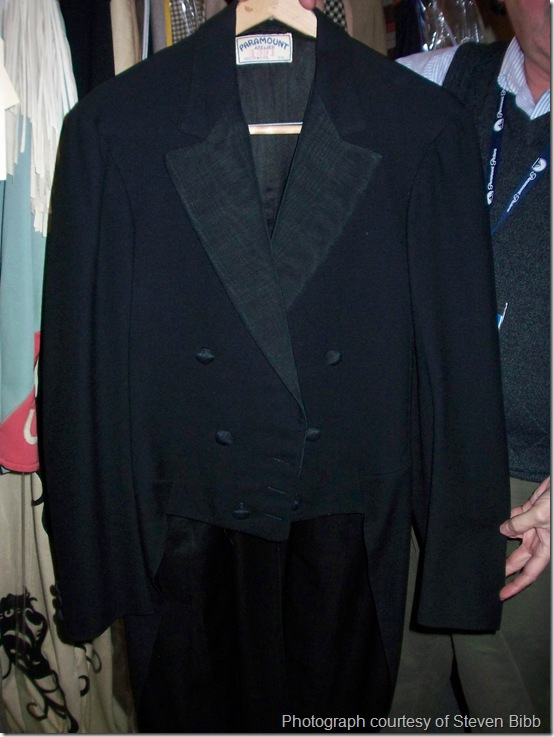 Paramount has been renting out their costumes for decades and only recently has there been an active effort to remove from circulation historically significant costumes for preservation, with the hopes of opening a studios museum on the lotthough this is still years away, if it actually happens.

The jacket shown in the photos is a cutaway tuxedo jacket, with label indicating it was owned and worn by William Desmond Taylor.  The date on the label reads 1911, making the jacket 100 years old.  The jacket was in mint condition, which is amazing considering that it was not stored in any type of temperature controlled environment.

According to the archivist, the jacket is the oldest piece of wardrobe in existence at Paramount, and most likely personally belonged to Taylor and was absorbed into studio wardrobe, as Taylor began as an actor and later went on to become a director.

Steven saw many pieces of wardrobe, wonderful costume sketches and jewelry on the tour.  Some of which it is unknown who actually wore the costume.

As an example of some of the other items he saw, in the photo of the labels, the black and white cape in the foreground was worn by Carole Lombard in the 1936 film Love Before Breakfast. 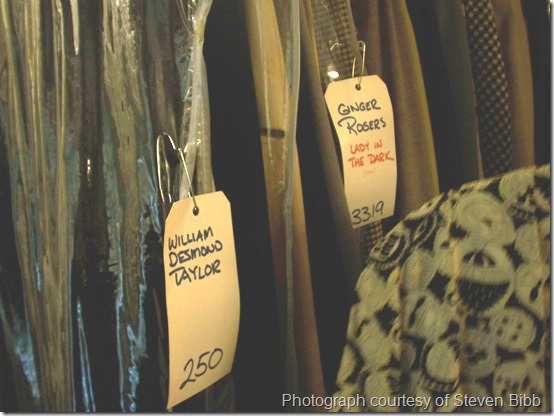 studios and other entities have been neglectful in preserving artifacts of history. Every once in a while someone is found to have a gown or some other artifact that was "borrowed" years ago from a studio or costume company and never returned. For a long time dumpster diving was a profitable sport in , too. Wonderful 8x10 photo of some chorus girls in a Laurel and Hardy flick. the original 8x10 film negative was found in the trash outside of the Hal Roach Studios have been found. Also found thrown away were pads of stationery with wonderful line drawings of all the Roach stars -- L&H, Zasu Pitts, Thelma Todd, the Taxi Boys, Charley Chase and the Our Gang kids. Great stuff is trashed all the time.