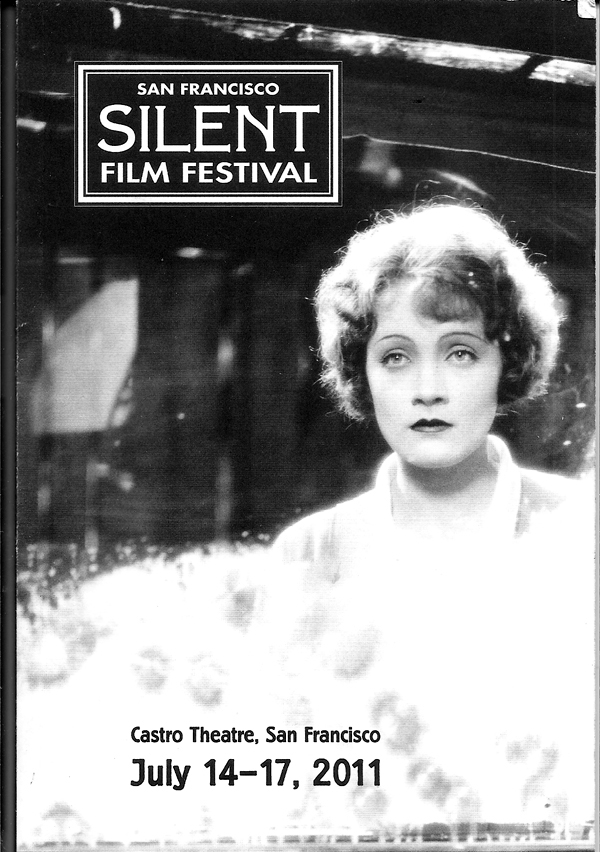 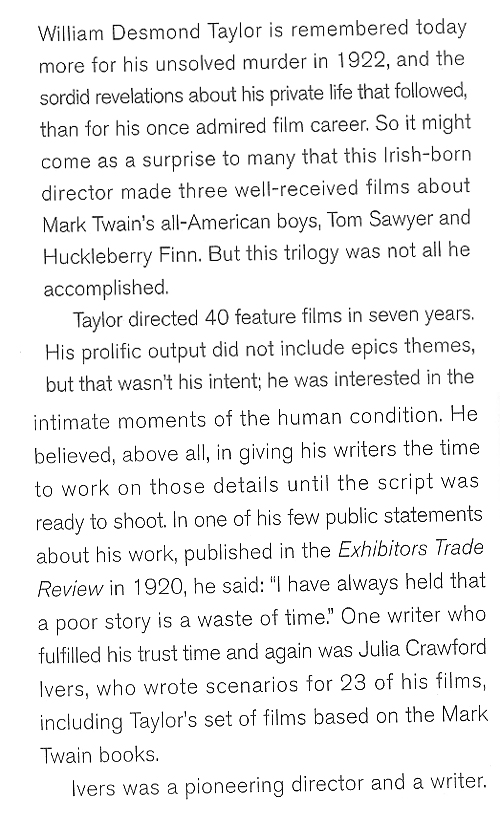 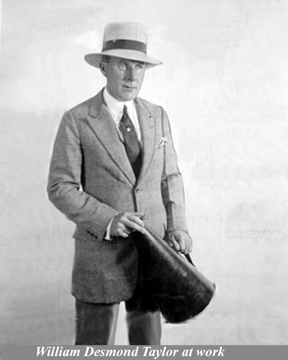 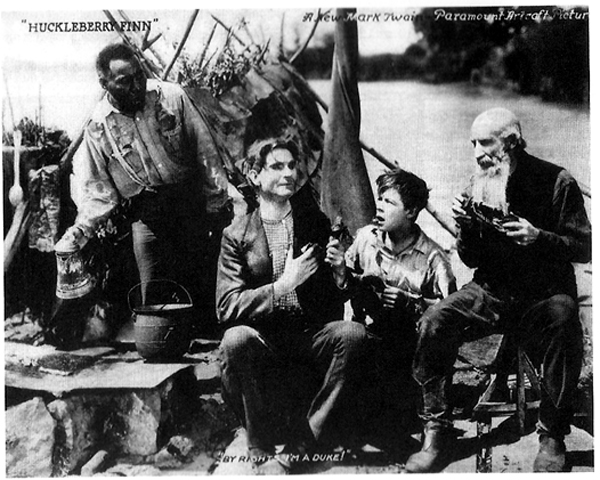 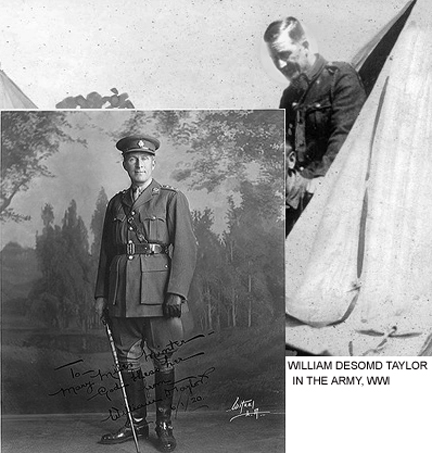 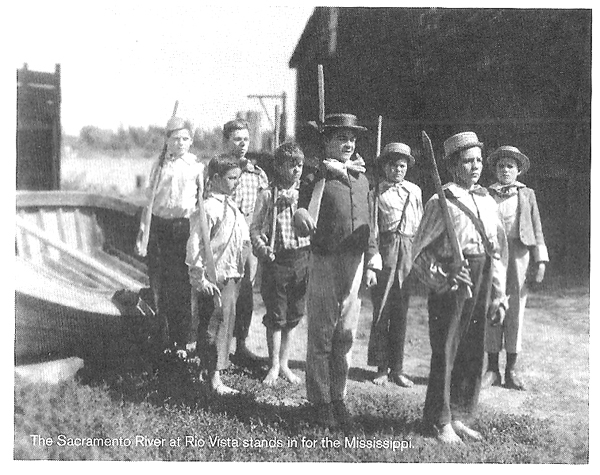 Who was Julia Crawford Ivers? 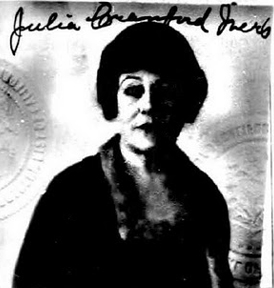 Julia Crawford Ivers was one of the women that pioneered in the motion pictures, she dead 3 months after Mabel Normand on May 8. 1930.

Julia was another woman in William Desmond Taylors life; did she come to the bungalow in the morning of the murder with her son and cleared up the bootleg liquor?  It has been reported that she did.  Julia Crawford Ivers was a very close friend of WDT, she wrote the scenario for Huckleberry Finn (1920) as well as others.

According to the information on Julia Crawford Ivers passport application dated April 1921; she was born on in . The IMDb has her birth in as does Wikipedia.  My research shows her father was a dentist named James Crawford and her mother was Laura Benedict Crawford.  The family is listed as living in by August 1870.  When Julia was around 11 years old her mother died and her grandmother, Maria Benedict from and her father raised the little girl.

When Julia was 21 she married James Van Trees and their son, James Crawford Van Trees Jr. was born. Their marriage didnt last, Julia married again to Oliver Ivers, a lawyer from . Oliver had made a fortune in oil when he died in February 1902 he left Julia large oil holdings in ; he was owner of Sespe Oil Company & the principal member of the Iverrs-Bardsdale Crude Oil Company and a partner of Frank A. Garbutt.

Frank Garbutt owned Pallas Pictures; in the 1910's, Julia entered the film business writing scenarios.  She was wealthy, attractive and talented when she met William Desmond Taylor in 1916; she lived at 321 S. Alvarado, as you know WDT lived at 404 S. Alvarado, she was part of WDT inner circle.   Elizabeth Kenney was Julia secretary and it was s roommate that accompanied Julia on her trip to after WDT murder.

Julia wrote, produced and directed and along with her son James Van Trees became a mother-son team, she directed and her son was the cinematographer. James continued as a successful cameraman for and Warner Brothers even after his mothers death.