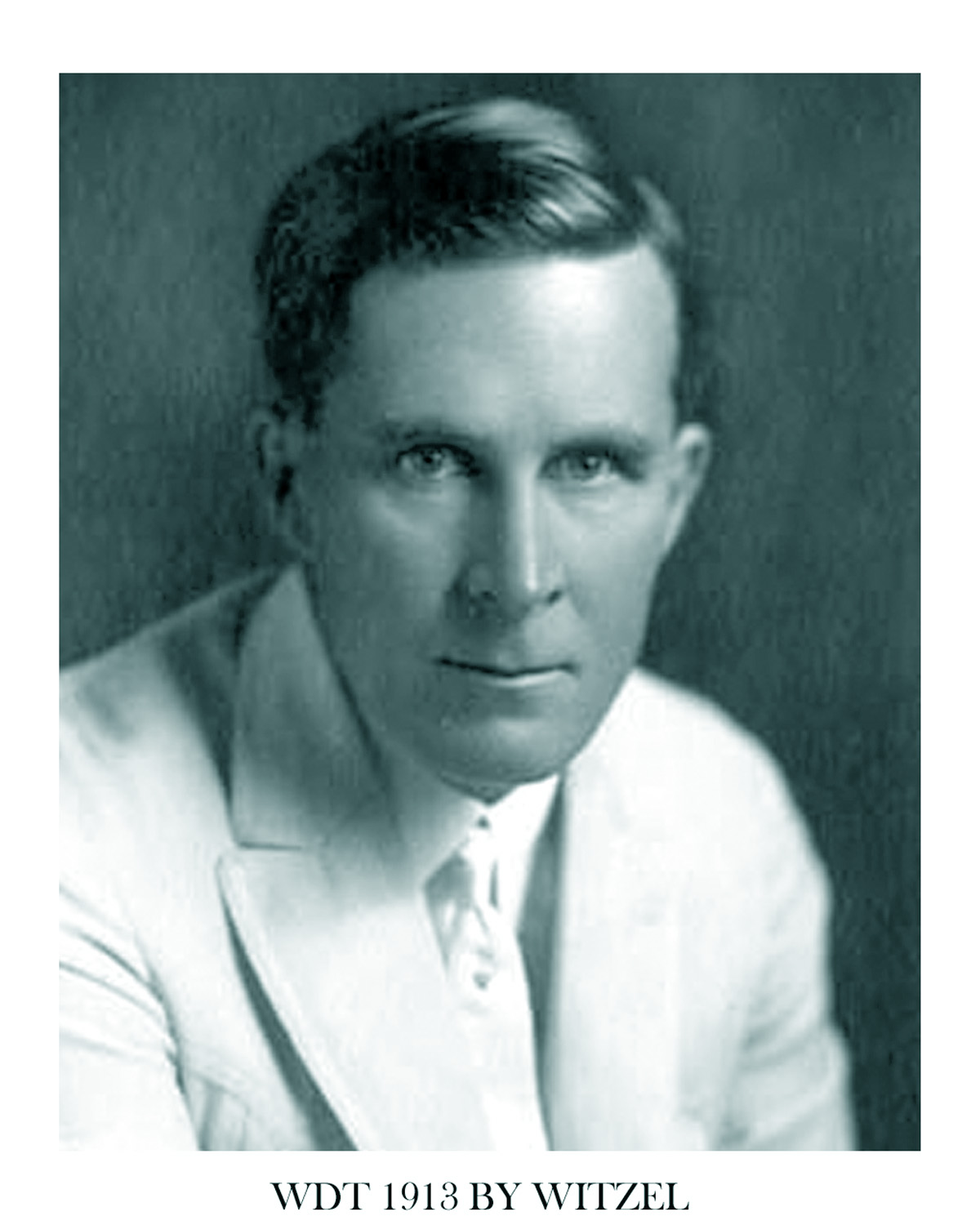 Mention the names of the major players in the William Desmond Taylor saga and most of us can recall the names, Mabel Normand, Mary Miles Minter, Charlotte Shelby, Henry Peavey, Edward Sands and than the list starts to expanded there is Douglas and Faith MacLean, Jesse Lasky, Howard Fellows, Thomas Woolwine, Daisy Tanner,  Denis Tanner, Margaret Gibson, etc.  If however you really get into the whole story behind the story, WDTs circle continues to grow and the names are lesser known.

Just this past week I was reminded of a lesser player Charles Eyton.  Bruce Long of Taylorology fame posted an early Mecca Cigarette card from the Athletes and Boxers series of champions (1910ish). 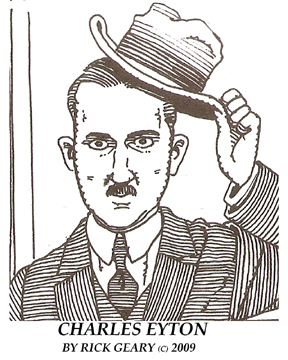 At the time of the WDT murder, Charles Eyton was a 51 year old, General Manager of The Famous Players Studio. Described as an all-around troubleshooter he was from and had produced serials films starring his wife, Kathlyn Williams, they didnt divorce until 1931. He had tried his hand at acting and directing; earlier in his career he had been a prize fighter promoter, boxing referee, which is where the card came from. He must have known how to handle difficult situations.  And oh, yes, his sister was the writer, Alice Eyton and the actress, Bessie Eyton was married to him.

There were stories that people saw him enter WDTs bungalow before the police arrived in the morning of to remove incriminating items however at the Inquest he swore that he only entered after the police. 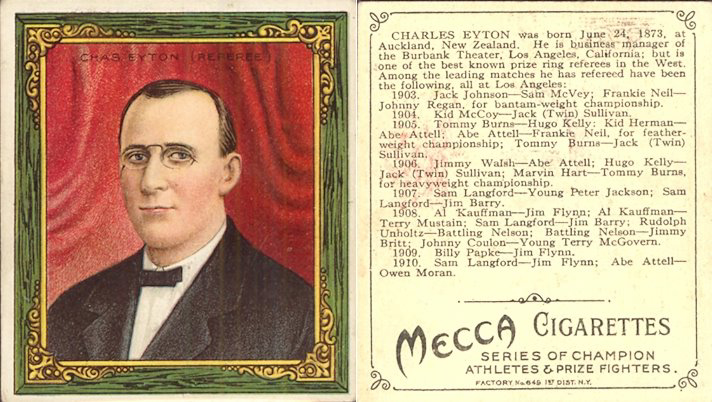 Nance: Where do you reside?

Nance: What is your occupation? 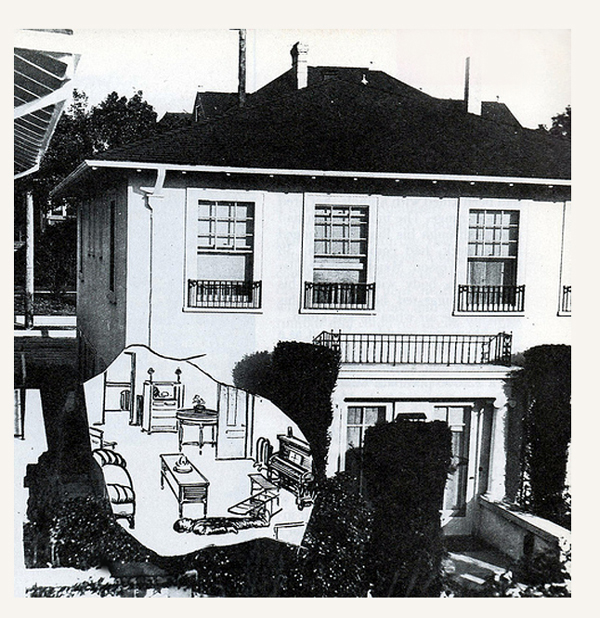 Nance: Mr. Eyton, have you seen the remains of the deceased in the adjoining room?

Nance: Do you recognize them as one you knew in life?

Nance: Who was it?

Nance: Where was he born?

Eyton: He was born in , to the best of my knowledge. He told me so.

Nance: What was his age?

Eyton: Forty-five, I should judge.

Nance: Was he married, single or a widower?

Eyton: He was married.

Nance: When did he die?

Nance: Do you recall that date?

Nance: Where did he die?

Nance: What was the cause of his death, if you know?

Eyton: Well, Mr. Taylor's assistant rang me up at my residence, about, I should judge, , and told me Mr. Taylor had died suddenly; so I immediately went over to his residence, and he was lying on the floor on his back. Detective Ziegler was there and he had called the Doctor, he told me previous to my arrival; and the Doctor told me Mr. Taylor had died from hemorrhage of the stomach. Mr. MacLean, Douglas MacLean -- had told me that he had thought he had heard a shot the night before, and his wife also thought she had heard a shot -- and he wanted the body turned over; they didn't want to turn it over until the Coroner came. The Deputy Coroner came after awhile, and he was told he had died of hemorrhage of the stomach and I told him he had better turn the body over to make sure, and he put his hand under Mr. Taylor's body, and found a little -- when he pulled his hand out, it had a little blood on his hand. Douglas asked him what that was, and he said it evidently had run down from his mouth, but I noticed that there was no trail of blood -- Mr. Taylor's head was in a pool of blood -- there was no trail of blood running down.

Nance: There was a pool of blood under his head?

Eyton: Under his head, yes, a little pool of blood. I immediately opened up Mr. Taylor's vest, and looked, and looked on the right-hand side, and there was no mark. I looked on the left-hand side and saw some blood, and then I told the Deputy Coroner that I thought that evidence enough to turn his body over to see what would happen. I sent for a pillow to put under Mr., 's head, and we turned him over -- the Deputy Coroner and myself -- and we pulled his shirt and his vest up, and we found the bullet wound.

Nance: Mr. Eyton, was his body stone cold at that time?

Nance: Indicating that it had been dead for some time?

Nance: Where was the body lying with reference to the front entrance to his home?

Eyton: It was lying right in front of a little desk with the head pointed east and the feet pointed west. I should judge the feet were three or four feet from the door -- the front entrance.

Nance: Who were present when you were there?

Eyton: When I came in, the first man I noticed was Detective Ziegler, whom I have known for a number of years, and Douglas MacLean; Charles Maigne; the landlord; and Harry Fellows, Mr. Taylor's assistant director.

Nance: Did all of these persons live there in this neighborhood?

Eyton: That I could not tell you. Mr. MacLean did, I know because he showed me where his Apartment was.

Nance: The place where Mr. Taylor lived, was in a court?

Nance: These other buildings were near-by?

Eyton: There are several apartments in this court, all the way around.

Nance: Did Mr. and Mrs. MacLean, or either of them, tell you about the hour that they heard the gunshot?

Eyton: Yes, Mr. MacLean told me that it was about 8 or a quarter after 8, and Mrs. MacLean thought it was a little later.

Eyton: Yes, the night before.

Nance: You didn't make any definite measurements as to the position of the body?

Nance: So that what you testified to is only an estimate and nothing definite about it?

Nance: Now, how long has Mr. Taylor lived in this place?

Eyton: That I could not tell you; he lived in it before he went to the war, I believe.

Nance: When did you last see him alive?

Nance: Now, did he have any firearms of his own?

Eyton: I believe he had, a revolver; I believe the revolver was in the upper drawer upstairs; in fact, I know there was because Detective Ziegler and myself went up there and saw it.

Nance: When you were called to this place, did you see any firearms in this room where he was?

Nance: What is the name of his valet, or attendant there?

Eyton: Harry Peavey, the colored cook; I never knew him or saw him.

Nance: Was he the one who called you?

Eyton: Harry Fellows, his assistant director, was the one who called me.

Nance: You have no independent knowledge of the manner in which he met his death?

Nance: Have you any questions, Gentlemen?

A Juror: Was his clothing ruffled in any way, showing any violence?

Eyton: No, absolutely none; it looked like he just walked in the door and was shot in the back; that is the way it looked. It didn't show evidence; in the room when I got there -- neither the; room or the body showed any evidence of a struggle. He had on the same suit as when I seen him the day before when he talked to me.

Nance: Is there any other question? That is all, you may be excused. 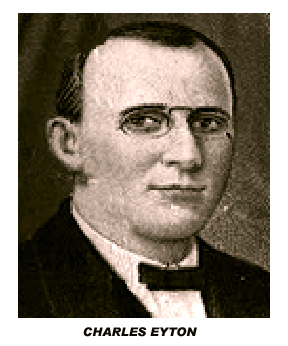