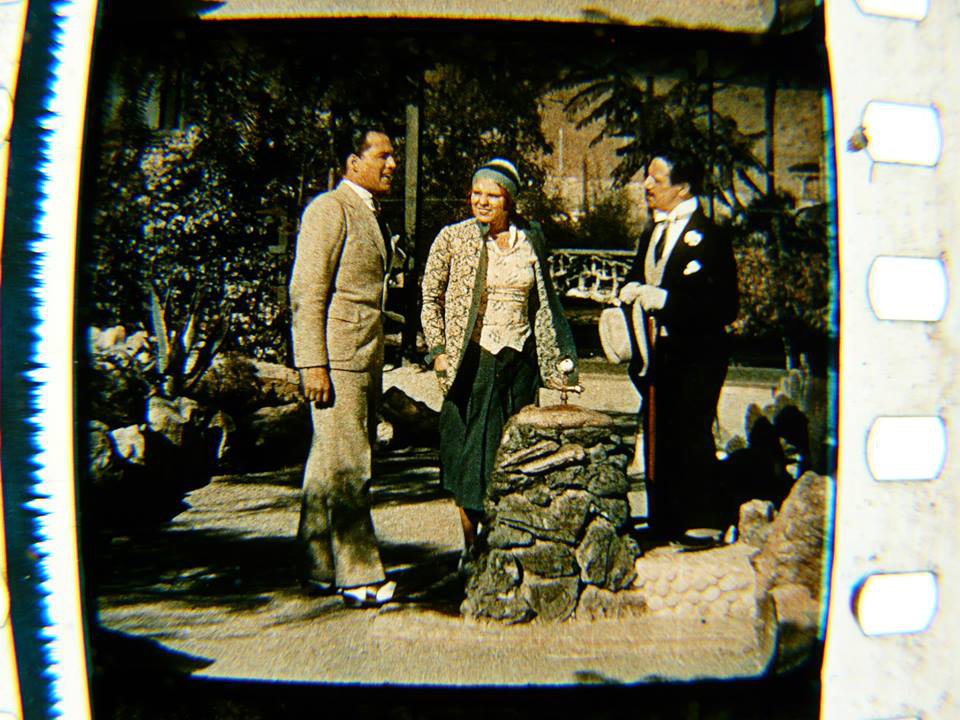 George Willeman posted a couple of frames from Strange Birds from the collection at the Library of Congress. According to Brent Walkers Mack Sennetts Fun Factory; this is part of a series of nonfiction color films; the first in the series was The Trail of the Swordfish, Wrestling Swordfish and Strange Birds was another.  It was filmed at Catalina Bird Farm.  The sequence guide was Frank Eastman (the young one) giving Luis Alberni (Baron Gonzola) and his companion Marjorie Beebe a tour.  At the aviary at there was a talking macaw that was put through his act by a trainer.  Brent writes that Strange Birds and the better known  were organically planned as a single two reel production.  It was filmed .

The experimenting with color that Mack Sennett did with the great William Hornbeck is outside my area of special research, so was interested in seeing what Ian Craine, the authority on the life and career of Marjorie Beebe might know about the educational series.  He wrote that it was shot about the same time as Movie Town; agreeing with Brent but sadly didnt know much more.

This period in Sennett history was after Mabel died so I dont know much; his "Wrestling Swordfish" was awarded the Academy Award for Best Live Action Short Film in 1932

So now I know a little more but would love more information if you have any to share.

I wrote a little about Marjorie, here's the link