SLEUTH'S AT THE FLORAL PARADE, THE

Mabel Normand was responsible for one of the floats in s annual Tournament of Roses on New Year's Day. Hearing that some of her juvenile admirers in California' Crown City had been saving their money all year to participate in the tourna­ment, Miss Normand sent word that she would have an entire float decorated with violets for them. It was one of the most beautiful there.

"In , people are buried in snow," announced Professor Charles F. Holder at a Club meeting. "Here our flowers are blooming and our oranges are about to bear. Let's hold a festival to tell the world about our

paradise." The abundance of flowers prompted Professor Holder to suggest "Tournament of Roses" as a suitable name for the festival.

After those first parades of flower-covered carriages, there were foot races, polo matches and even a tugs-of-war.  During the next few years, the festival expanded to include marching bands and motorized floats. The games also expanded to include ostrich races, bronco busting demonstrations and a race between a camel and an elephant (the elephant won).  Chariot Races were very popular but proved too dangerous and costly and were discontinued in 1915.

In 1913, Keystone made one of their shorts called The Sleuths at the Floral Parade. The cast was Mabel Normand, Ford Sterling, 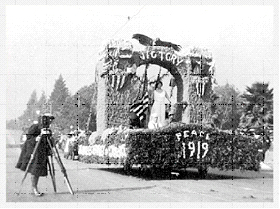 Mack Sennett, and Fred Mace.  It was comic scenes at s annual Rose Parade.  The film is now lost but I have a feeling that it was still remembered in in 1919.

During this period, the citizens of did not feel very neighborly towards the performers in the flickers.  It could be said that they disapproved of the whole bunch of coarse, crude burlesque expatriates.   Mabels brand of humor didnt fit the view that wanted the world to see. So it is highly unlikely that the grand dames of the fox hunt club would have permitted our darling mad cap Mabel anywhere near their pageant, not again.

The theme of the 1919 parade was Victory Peace.  The war to end all wars had just ended and the troops were coming home.  According to the official program there were just 5 bands that marched and just 20 floats.  Of course there were a number of unlisted equestrians.  The floats didnt resemble the confections of 2005, but were carts pulled with either horses or motor cars.  The few newspaper photos show just flowers draped on the horses, carts, autos.  There is no mention of Mabel Normand in their program (I wont really except that they would.)  But one small allusion is intriguing, in 1919 the records show that a MABEL Smith

was awarded a ribbon as first place in class M.  I wonder who Miss Smith was

Delores Hanney in her research into the 1919 Tournament of Roses came across a booklet from the Pasadena Star News.  She found one float described as having violets, which was entered by C.C. Tanner.

So back to the Pasadena Historical Society and it was found that there were two Mabel Smith listed.  One turns out to be an Optometrist and the other Mabel Smith was a local bookkeeper. 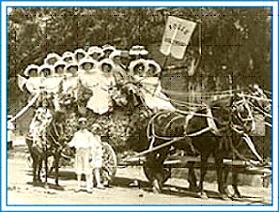 The named Tanner has a tangential relationship to Mabel as it was the real name of William Desmond Taylor.  The research however leads away from the Mabel Normands financed float.  For although the booklet described the float as being decorated with violets alas the sponsor was C.C. Tanner, the owner of an auto delivery service on Colorado Blvd. in Pasadena.  Both he and his wife were active in the community.  He was one of the founders of the Yellow Cab Company and responsible for many entries over the years.  Mr. Tanner passed away in 1937.  So if Mabel Normand was responsible for a float in the 1919 Tournament of Roses, it is still very anonymous.

With special thanks to the 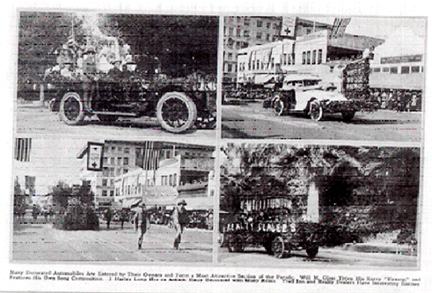 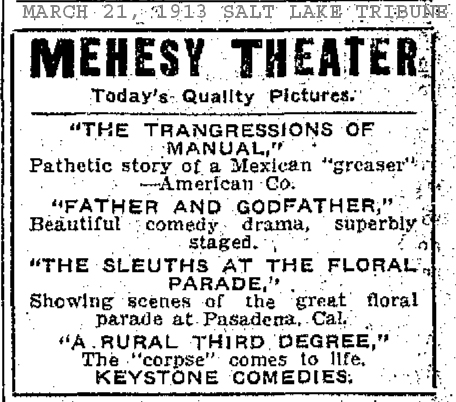 The December 30, 2011 Mary Mallory wrote a brilliant article about Mack Sennett and the Rose Parade: