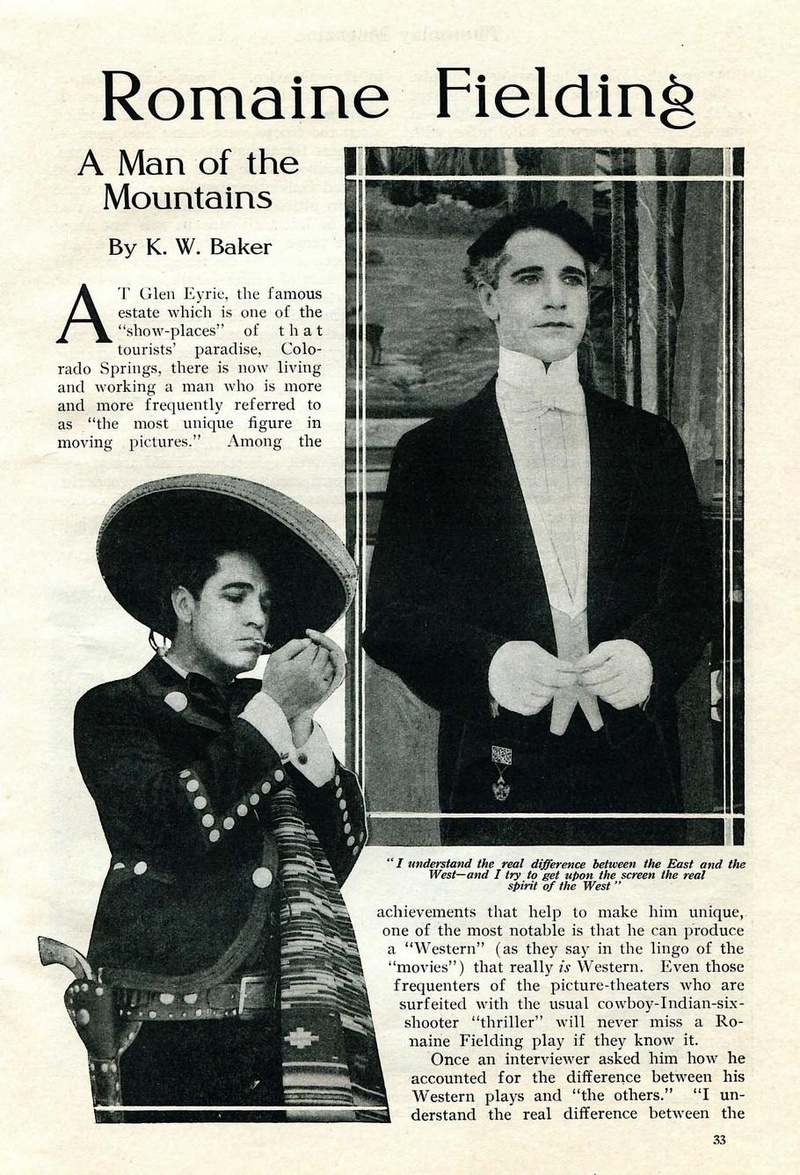 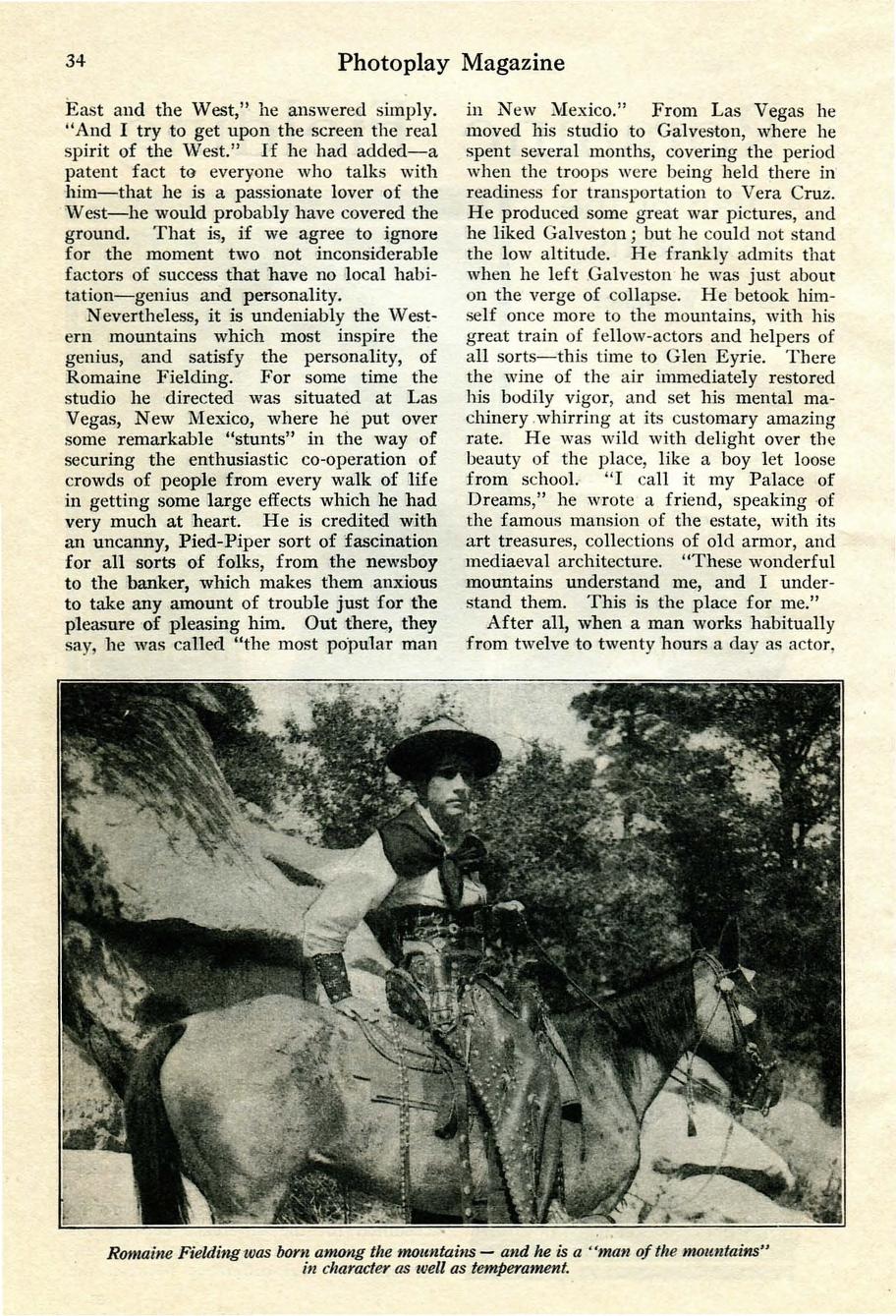 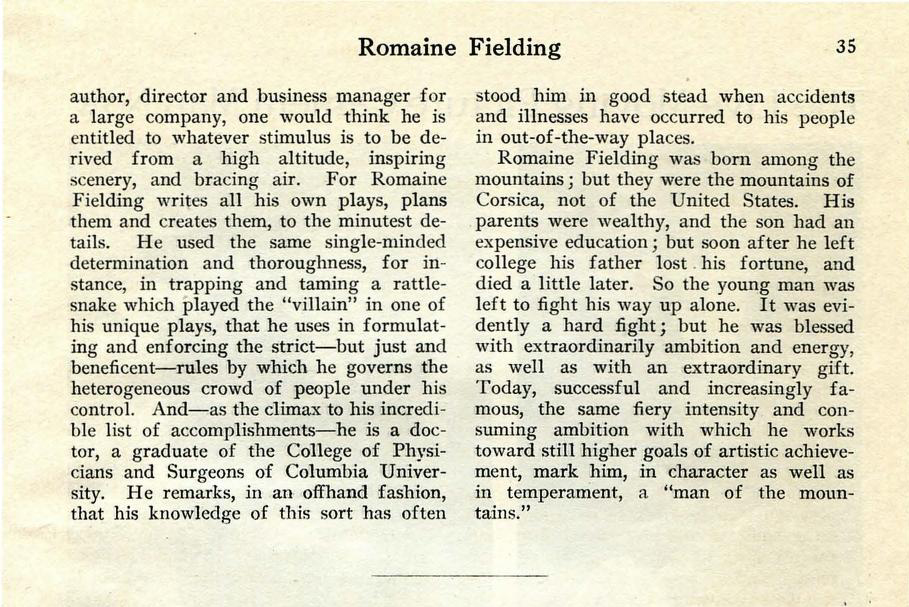 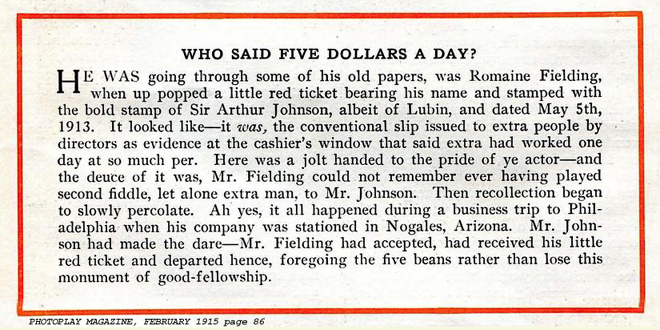 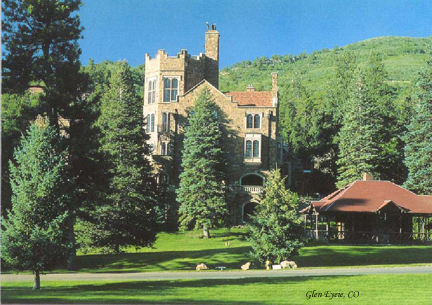 Glen Eyrie is a 67-room English Tudor-style castle built by General William Jackson Palmer, the founder of Colorado Springs. This house was his dream home and is near Colorado Springs in the northwest foothills north of the Garden of the Gods rock formations. After building a large carriage house, where the family lived for a time, Palmer and his wife Mary (Queen) Mellen built a 22-room frame house on the 800-acre estate. This house was remodeled in 1881 to include a tower and additional rooms, and made to resemble a stone castle, reminiscent of those native to the England from which Mrs. Palmer hailed.

Queen Palmer, at age 21, opened the first public school in Colorado Springs in November 1871. The Palmers had three daughters, Elsie, Dorothy, and Marjory.

In 1880, Mrs. Palmer suffered a mild heart attack and was advised to move to a lower altitude. She and the girls moved to the East Coast and then to England where General Palmer visited them as often as he could. Queen died on December 28, 1894, at the age of 44. In sorrow, General Palmer went to England to return Mrs. Palmer's remains and the girls to Colorado Springs.

At the Herrick Library are 6 scrapbooks donated from James W. Craig created by Edna Vercor, 860 Sheridan Rd, Highland Park Ill starting 14 in volume #6 are 2 pages (98-99) with clippings and magazine pictures of ROMAINE FIELDING. In one scrapbook was also an empty envelope addressed to Edna Vercor from Romaine Fielding at Lubin in . The Academy did have the personalized letter that had come in that envelope in a separate file, which I have copied and transcribed for you to read.  Just for the record the letter is for private and/or scholarly research, you can read it but if you want to use it, you will need to get written permission from the Director of the Margaret Herrick so you have received the notice.  Now back to the fun stuff. 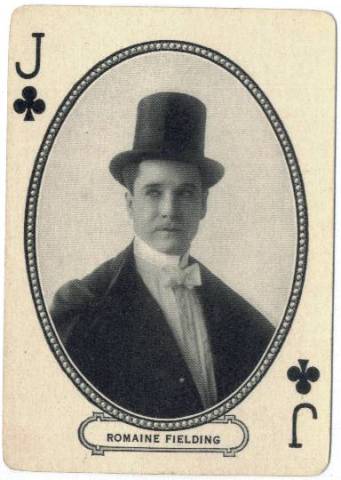 Romaine Fielding  (William Grant Blandin) born in Riceville, Iowa, 68, he was married to Mabel van Valkenburg in 1907 for ten years and his second marriage was to Joan Arliss (Naomi Sachs), he had children.  According to this very special and extremely rare letter, he was a doctor during the Mexican Revolution for the Red Cross and for two years, practiced medicine in .  Researching someone with a stage name is difficult 80 years after their death, as information becomes muddy.

In his 14 letter he writes about The Eagles Nest, which he, co-produced, co-directed, co-wrote and co-starred in, it was finally released in 15.  He had made this film in ; it is now among the lost silents.   Every critic who saw it before it was released were enthusiastically unanimous on two things; the wonderful setting for the story and the remarkable portrayal of the life during this early pioneer period.  This Western was done by Lubin sparing neither time or expenses, this was no typical Western.

Lubin Studio closed in 1917 and at that point Romaine Fielding retired from the movies but returned to the screen in 1920 for a short time as Romaine passed away 27 of a blood clot.  He is buried at Forest Lawn in , Masonic (Section M), L-182 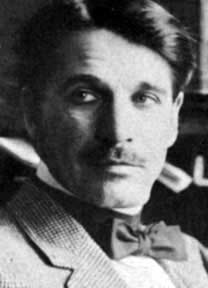 In the Blandin Family Records compiled by Romaine Fielding; himself references an 97 obituary in Mitchell County, Iowa newspaper, showing Jeyhenda (Icybenda) Knowlton death 97. It states that Chester J. and Wm G. (Romaine Fielding) attended their mother and grandmother (respectively) funeral in . Chester Blandin was Williams father, described as a Rail Road Engineer, a Stationary Engineer, Traveling Sales Representative (power plant and farm equipment). "He married Almeda Bacon after she became pregnant in Aug 1867. 's father, William T., a devout Methodist and lay circuit-riding Minister, imposed on his friend Rev. John W. Klepper to perform the necessary wedding. Neither of 's parents, Wm. T. nor Icybenda, was present. Witnesses were two friends of , Ed Markham and R. M. Judd. (R.F. Judd, undoubtedly a relative, was Sheriff of Houston County, Minn. at the time of the wedding!). Before the next quarterly meeting of the Caledonia Methodist Circuit on 67, the Wm. T. Blandin family moved to , Douglas Twp., Mitchell County, Iowa.

William Grant Blandin was also known as "Royal A. Blanding", "Romanzo A. Blondin", and "Romaine Fielding.". He was born, 68, in Mitchell County, Iowa, but there is a "fake birth certificate" showing "Royal A. Blandin" born in Albert Lea, MN, 75, which was created by Chester J. (his father) to make him appear to be 7 years younger and the son of Chester's third wife, Emily Harlow, whom he married in 1873 or 1874. (See research can be a lot of fun.)

So after 1897 , together with Wm G. attended the funeral of 's mother, Icybenda, in Riceville, following which William T. moved to where he lived until he died in December of 1900. During those years, entries for 'Royal A. Blandin' disappeared from the City Directories, as Romaine was known and 'Wm G.' 'returned to life'. After the death of his grandfather, Wm. G. disappears until the 1907 Kansas City, Mo directory (info from 1906) where he is 'Romanzo A. Blondin, clk (clerk) and physician, Auditorium Drug Co.'" - Almeda: Records from Romaine Fielding. Romaine (Wm G.) mother was daughter of Grant and Eliza (Streeter) Bacon. Almeda Bacon. 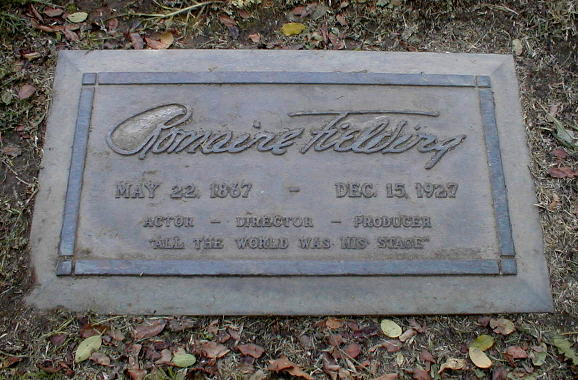 Under name "Romaine Fielding", from 1907-1927, Stage and Screen Actor, Producer, Director and Writer, he became known to the film audiences.

No listing in 1897 for Chester J., Royal A. (or Wm. G. Blandin). Commencing in 1898-1900, inclusive, Minneapolis City Directories list Chester J. and Wm G. Blandin and in 1900 (info actually acquired in 1899) lists also grandfather Wm T. Blandin, then a widower (who died 00). Following Wm. T. Blandin's death, the family separated, Chester J. and his third wife, Sarah Emily, moving to Kansas City, Mo. and Wm. G. (alias Royal A.) going up to the Klondike Region of the Yukon Territory Canada where the gold rush was on... and where he made acquaintance of budding authors like Rex Beach and Jack London.

From the information found Wm G. (Romaine) own records  the children that were listed were  Chester James Blandin b. 21 May 1899; Romaine Fielding jr. was born to Naomi Sachs on Nov 2 1919; and another son born August 16, 1924 that died 5 days later; Warren Fielding b. December 23, 1925 (reported to have died at 4 years old, after Romaines death.)

Your very welcome letter reached me here and would have been answered sooner but for the fact that I have been so very busy  since coming here, for as you will note I am no longer in Colorado, everything seems upside down and all turned around so that I cant find anything nor seem to get settled down to do the many things before me, but I trust you will pardon me.  Glad to know you liked the pictures and it was a pleasure for me to send them, if it is not asking too much of you would like to have a Kodak or any little picture of you which you would send me.  Yes, I was a surgeon once and acted in the Red Cross service during the Mexican war, for two years I practiced medicine in , but the call of the stage has always been supreme with me.  I hope you will be able to same day realize your ambition and it is one of helpfulness and goodness and a blessing to mankind.  My! How I do hate to think of all those gallant men in Europe who need the attention of a nurse and doctor who are lying out in the fields wounded and dying  it seems there could have been some way to have averted all this terrible slaughter and every day I pray that we will soon hear of peace being restored.  Already we have received quite a blow in this business from the war, the vast European output has been cut down so that

from the Company alone there have been fifteen hundred people discharged and there have been many retrenchments along different lines.  When I came east It was with the expectation of being sent to Europe to take pictures, but upon my arrival found the authorities so against this move that I have been here ever since and have been producing photoplays at the new Lubin studio Betzwood ever since with the exception of three weeks when myself and company were in Phillipsburg, Pa., where we wrecked a train and upon this wreck are based the four following pictures, In the Valley of Lost Hope where we will also dynamite a mountainside and the village, In the Hour of Disaster, The Disaster, and Brute and the Jug.  Eagles Nest will be released very soon now, although the release date has not been announced as yet.  Saw it run off at the factory the other night and it is great.  Thanks for your kind letter and come again soon, as ever. 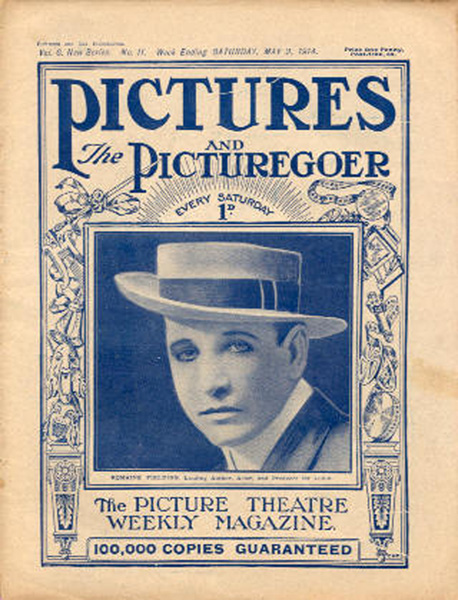