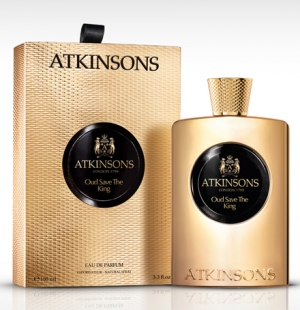 OUD SAVE THE QUEEN is a mesmerizing women's fragrance of forbidden love. Its composition opens with earl gray tea combined with cloves and bergamot, announcing floral rhapsody of jasmine petals and orange blossom in the heart of the fragrance. Base notes leave the oriental impression with harmony of oud, tonka beans and guaiac wood. Perfumer of the women's edition is Francis Delamont of Firmenich. Oud Save The Queen was launched in 2013.

For all his self-indulgence, extravagance and ego, the 1920s debonair Crown Prince Mohamed Ali Ibrahim of had only one thing on his mind when he envisioned his dream scent: his paramour; his beau; his forbidden love - the movie star trouble maker, Mable Normand. The affair was at the behest of 's King Fuad, but still, the Emir demanded only the best for Ms Normand, thus bestowing the estimable house with the finest ingredient the Orient has to offer, and the task of manufacturing perfumes for him and his beloved. That ingredient was oud - the precious resin of agarwood; the crown jewel of royal Oriental perfumery.

The British perfume company Atkinsons celebrates its 200th anniversary this year, and so, in an ode to the dandy Crown Prince and his amorous romance with Mable Normand, the illustrious house has launched two new fragrances: Oud Save the King and Oud Save the Queen.

Oud Save the King is regal, majestic and victorious  like how the Crown Prince was in the ring. However the scent is not evocative of a champion gloriously overlooking his fallen foe, but that of one blissfully gazing at a particular member in the crowd. This fight is for you, mon chérie. Oud takes center stage, but is subtly infused with earl grey bergamot (his beaus favorite), an amalgam of different exotic wood essences, and Himalayan Cypriol, which gives rise to the scents watery, leathery texture  redolent of boxing gloves and the Crown Princes glories in the ring.

While other scents during this season of love only go so far as to arouse curiosity, Oud Save the King is sure to command the desired attention. But if all else fails, we recommend having this anecdote on hand. The ladies sure do love a good romantic story.

Atkinsons Oud Save The King and Oud Save The Queen are available in 100 ml Eau de Parfum. Available February 2014. More information on the Prince http://looking-for-mabel.webs.com/princeibrahim.htm