(you only have to know) 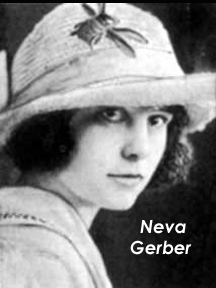 In the Oakland Tribune dated Neva Gerber makes a comment that stuck me that might have something to do with the framed affirmation;

He (Taylor) would walk the floor and wring his hands, exclaiming: Why do I have to keep up this battle (fight)?  Is it worth while to keep up this struggle of existence?  With all of these odds against me is the struggle worth while? And when I would ask him what he meant by these strange words he would say; O, my health is so bad, I have no stomach left, I cant eat anything. But there were other times when he would say; I have had bad news from home, but he never told me just what the news was. 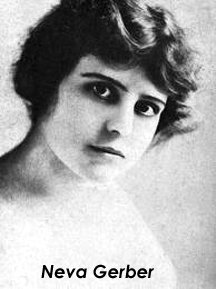 Desmond Taylor have found out about his engagement to the lovely Neva Gerber.  In 1915 when was 21, she was going to marry ; they never married but stayed friends until his death.  She had been married to Arthur Nelson Millett in 1913; she had a child and was divorced in 1914.  Her first film credit was in 1912 playing in mostly western adventures; she was considered one of the top ten "serial queens" of the silent era. All together she had four husbands before she died in in 1974.

She was receiving regular checks from before his death, to pay for a car but in articles found in the New York Times and also the Los 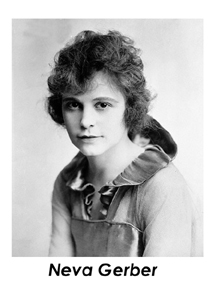 Angeles Examiner, she stated he gave her money because he knew she needed financial help.  It says something amiable about the gallant gentleman.

seems to be one of the few people that confided in; she knew about his little girl and said that when his daughter was about eleven he had talked about bringing her to to live.  Before the War, s mother frequently wrote to him from her home in and thought that his mother was killed in during an air-raid. This may be the reason he joined the army at the age of 46.  was also aware of s bouts of depression.

Mabel Normand didnt talk about William Desmond Taylor being stressed or depressed, that didnt mean that she didnt know. 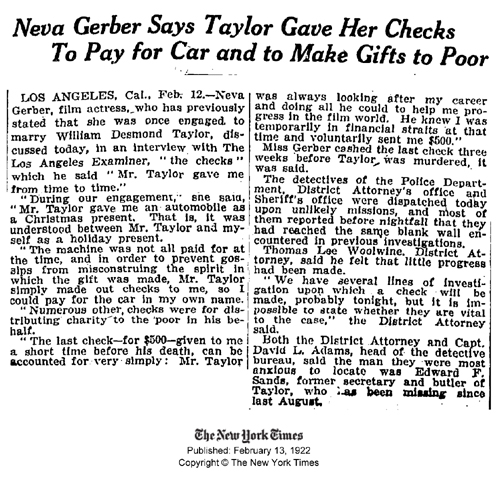 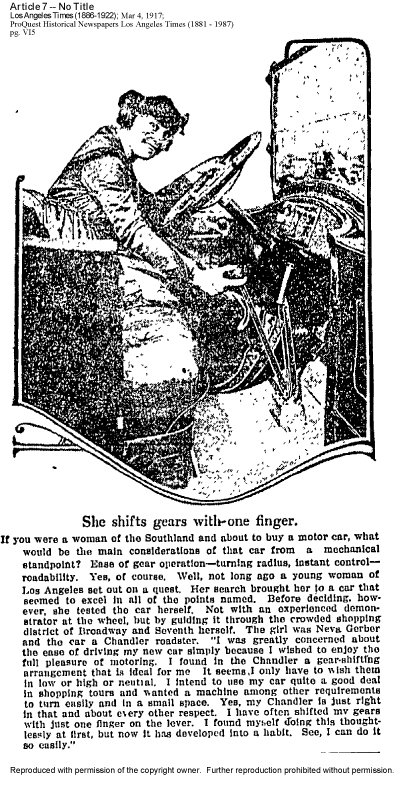 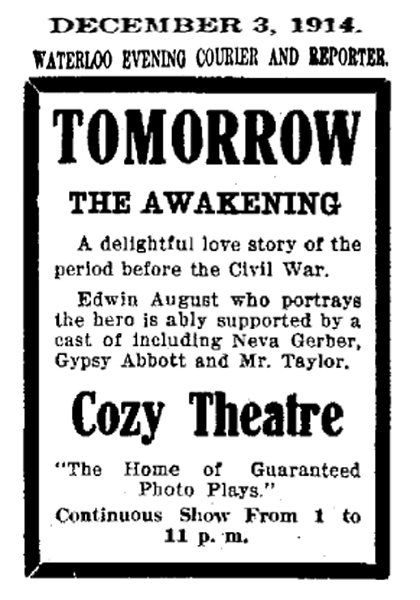