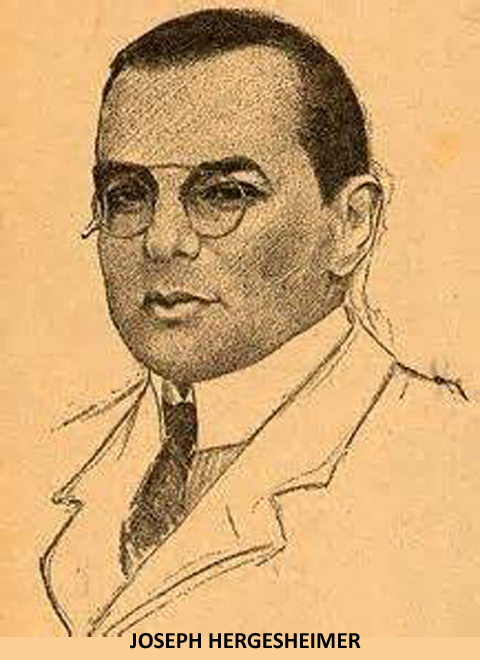 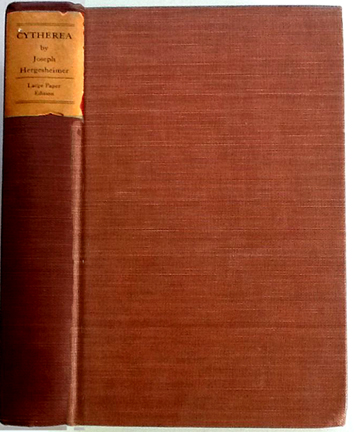 Back in February 2013, eBay sold  Mountian Blood from Mabel Normands library, I mentioned that there was another Joseph Hergesheimer novel on her shelves, titled Cytherea.  And now Cytherea is for sale on eBay, it is a limited edition, only 270 were printed in 1922 by Knopf and Mabel Normand owed number 89. 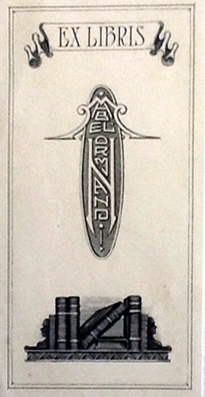 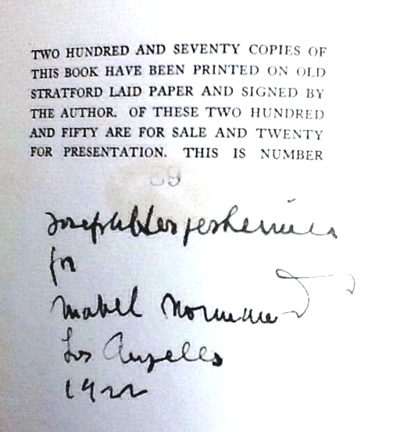 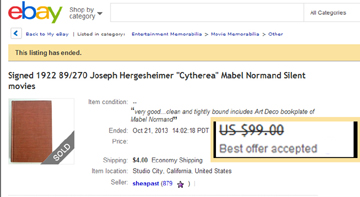 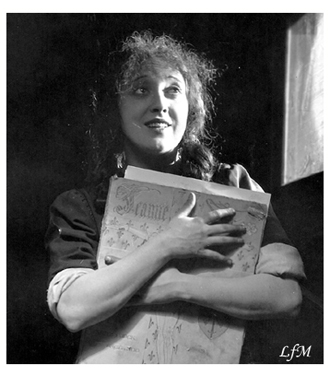 Another book from Mabel Normands library was just sold on Sunday eveningit is a relatively nice example as it not only had two pages signed by Mabel, her bookplate; it also included the author inscription to her, the title was Mountain Blood.  It sold for $567 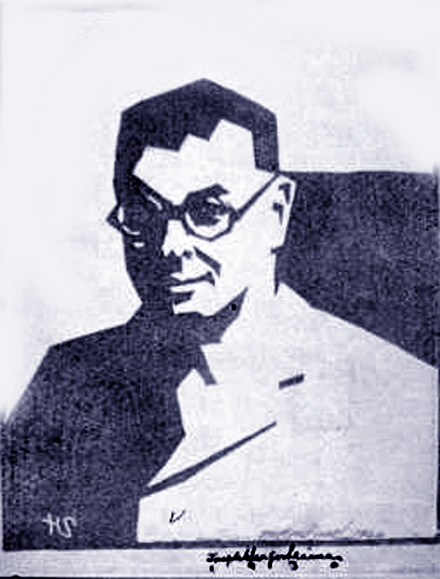 Joseph Hergesheimer autographed it in 1922; another of his book Cytherea was also part of her library.  Although his novels were very popularity in the 1920s written in what is referred to as the aestheticism style. At the height of popularity he was ranked with F. Scott Fitzgerald and Sinclair Lewis.  In the year he meet Mabel the Literary Digest poll of critics voted Hergesheimer the most important American writer working at the time. A writer who understands women better than any writer alive according to the Cosmopolitan.  The tastes of the public changed in the 30s and by the time he died in 1954 in ; few people knew his name or were reading his books.

The http://arthursbookshelf.com/western-bookshelf/hergesheimer/hergesheimer.html  website has many of his books complete text available for free downloads.

Tolable David (1921) was a well-received movie adapted from a short story, starring Richard Barthelmess.  There are other films made from novels and short stories Joe wrote, like: Java Head, 1923; The Bright Shawl, 1923; Wild Oranges, 1924; Cytherea, 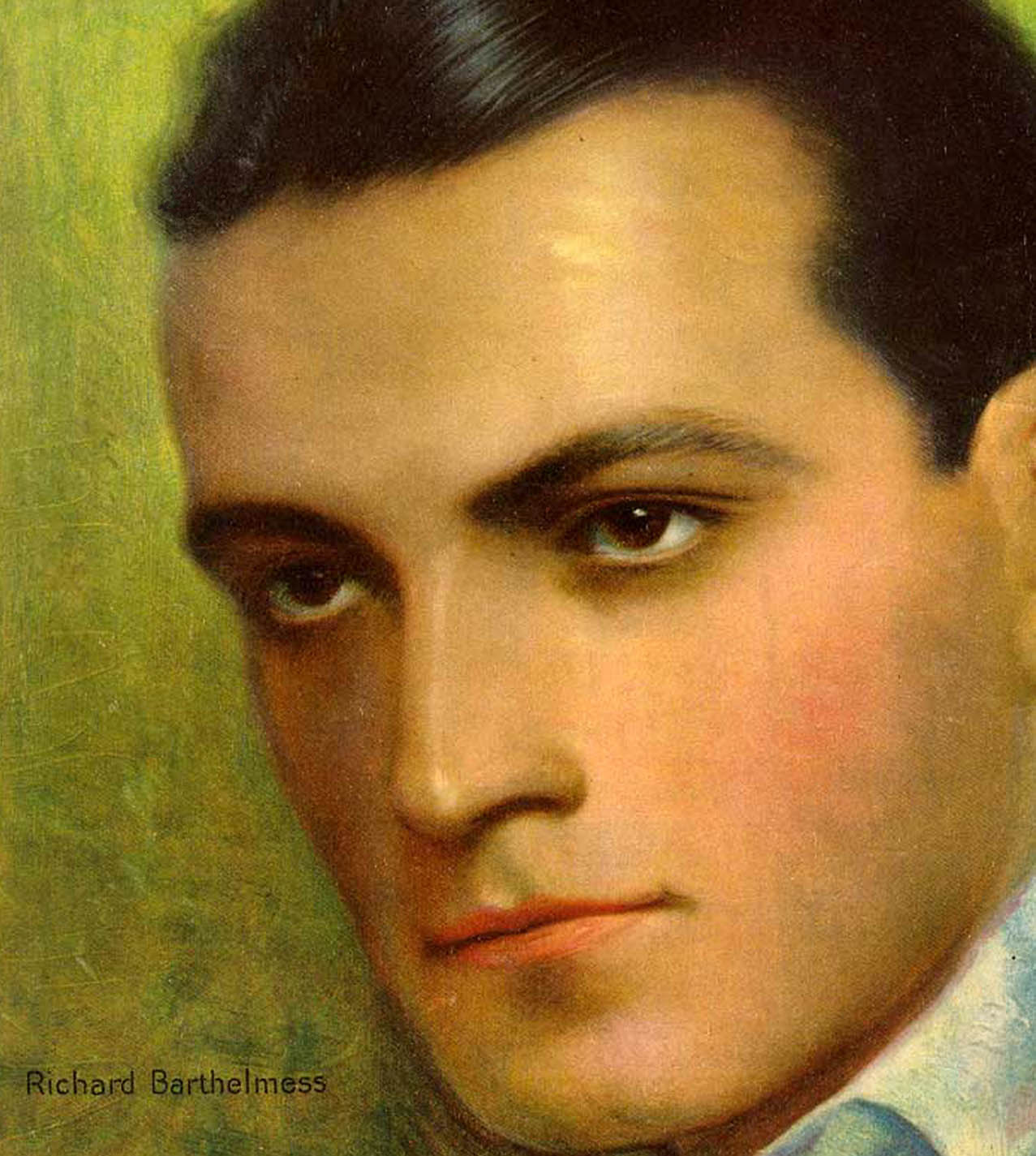 Joe made his first trip to in 1922.  He was hoping to pick up material for several novels.  In interviews he stated that the Atlantic seaboard had too much tradition and the nation was too young for traditions. Joe was interested in meeting eccentrics in the territory west of the .

He was born in and before he found his talent as a novelist, he had tried his luck as a painter and his writing reflects his painting word images. 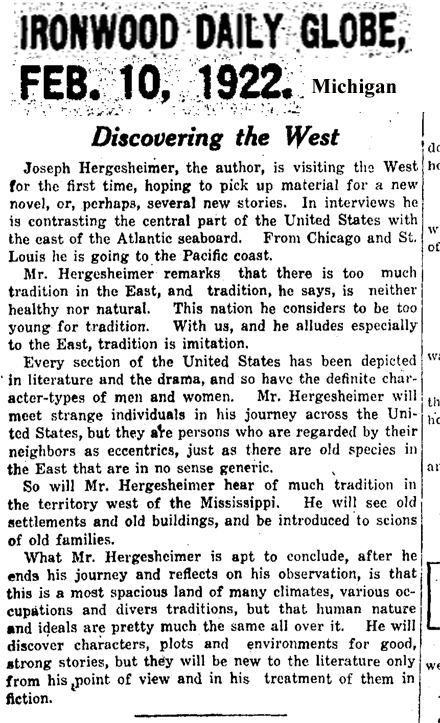 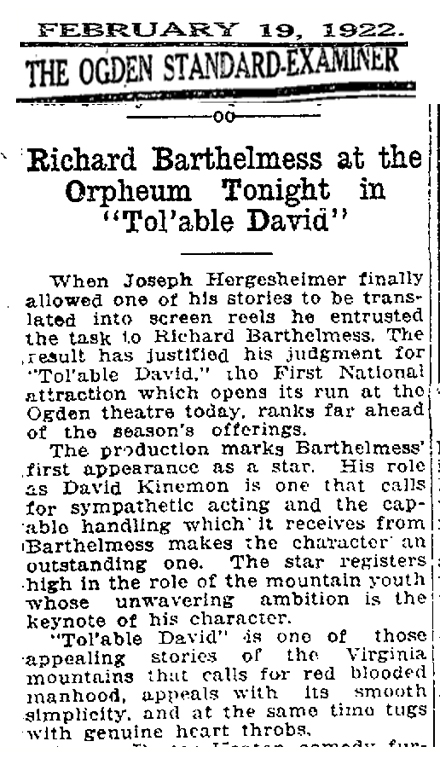