While Mabel Normand was completing Mickey and the whole Triangle experiment was coming apart; Mabel was assigned to Goldwyn on the formation of the Goldwyn Picture Corporation.  Part of the reason for Goldwyn to file an Injunction was to test the so-called star contracts for himself and other producing organization. He seemed to be anxious to have Mabel work for him and not have her work for anyone else. It looks like the negotiations didnt go all that smoothly.  The trade publication, Motography ran a story on that Mabel entered a contract on -.

She actually signed her contract on July 23, 1917 with Goldwyn; other than the reference in the July 21, 1917 article about an arrangement a year earlier; of course, there would have been no reason for a 1917 contract if she had signed one in 1916 but then again Mickey wasn't even finished in 1916!

Trade magazines could and were used as tools and here we have Samuel Goldwyn using the tools of his trade to assure exhibitors to signup for his upcoming productions of his new corporation.

The run of Motography is now on-line and I and a lot of my friends have been spending late nights reading the wonderful weekly. This particular article from 1917 was sent to me a couple of different people, (including Michael Hayde and John Armijo)  it is a nice to know that others are sharing Mabel. we are a lucky band...! 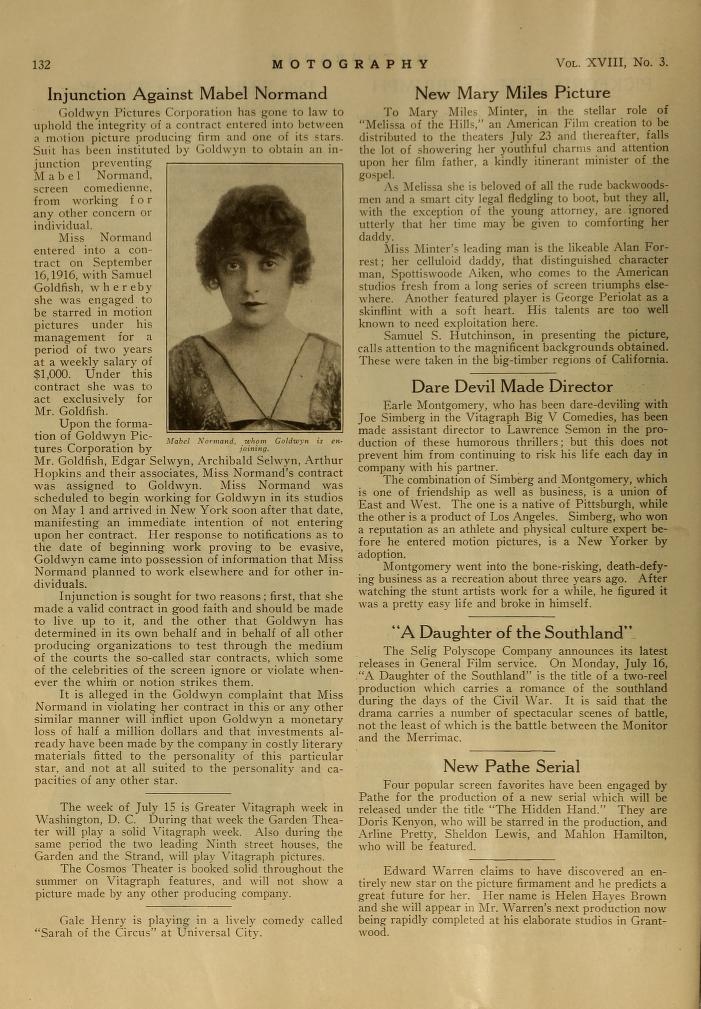 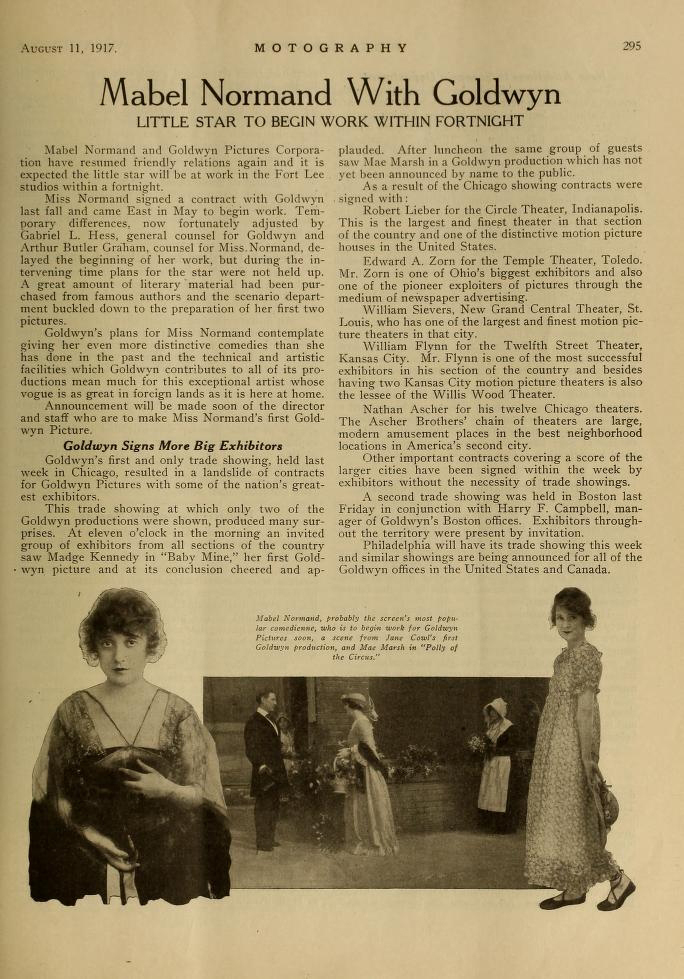