Mabel Normand was one of the many stars that spent time dancing at the .  At least once a year if not more often, I find myself on , at the Egyptian Theatre and looking across the street at the arched windows of the fabled Hollywood Montmarte Café. It is located at and is a prime example of the work of architects Meyer & Holler; they were the most esteemed firm building in (1910  1920s).  They first designed homes but after WW1 they moved from residential to commercial work. Among their designs that you might recognize: Culver Studio (1919); Graumans Egyptian Theatre (1922); Graumans Chinese Theatre (1926); Montmartre Café (1922).

The last reported party that Mabel attended at the Café was talked about in a Grace Kingsley column .  I wrote about it back in in a piece I titled Divas of Diversity, it seemed like a grand party.  The owners of the had declared bankruptcy in July 1930; in looking though a copy of a December 1930 The New Movie magazine I found a picture of the that I hadn't seem before.

Next time, I may try to take a camera with me and see if I can, I will take pictures of the interior.  If you have any please share. 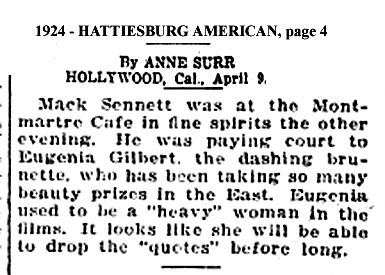 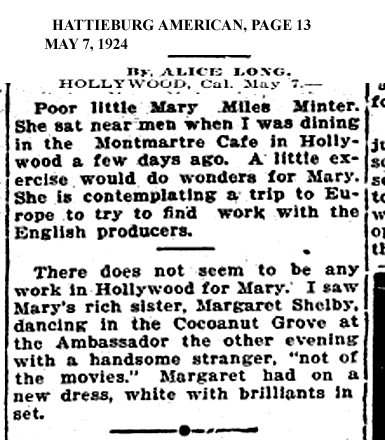 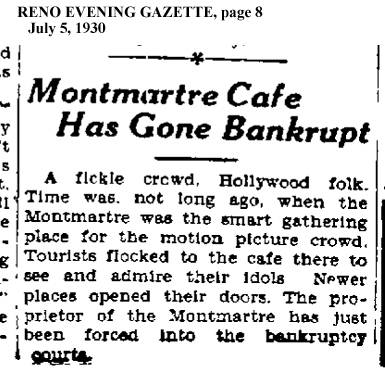