I found an article in the Washington Times about Mickey, which rings a rather loud bell.  Remember the post at Looking for Mabel regarding the Touches of Freedom?  http://looking-for-mabel.webs.com/torchesoffreedom.htm

The Ed Harmon of the Joe letter was H. C. Witwer, he was born Harry Charles Witwer, in , he died in . He wrote about 60 comedies, most done in the 1920s and collaborated on two newspaper comic strips. His first recorded film contribution was writing inter-titles for the 1916 silent film Where D'Ye Get That Stuff? In 1917during World War Ihe was sent to by Collier's magazine as a war correspondent. He also wrote for McClure's in this time period. In May 1925, his income was reportedly more than that of Ring Lardner.  Witwer sued Harold Lloyd in April 1929 for $2,300,000 over Lloyd's 1925 film The Freshman claiming that it was "pirated" from the short story "The Emancipation of Rodney", first published in 1915. Witwer wrote some 400 stories and articles for magazines and some 125 film treatments throughout his career.

Witwer understood Eddie Bernays, the father of propaganda.  He used this form of advertising before. His use of colloquial phases in the letter about Mickey is one of his favorite techniques letting the customers feel superior to the author.  Joe is a fictional American soldier fighting the Kaiser, he is pushing the patriotic bottom, Ed, talked about Joe going to see Mickey the first time he gets furlough.  A master manipulator, after all Bernays wrote the book. 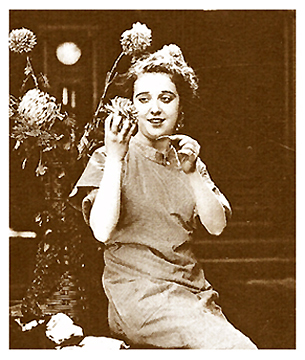 At a private showing of the famous photoplay 'Mickey," which will be shown at Poll's Theater all this week, beginning today, H. C. Witwer, the brilliant and witty author, made a remark that afterwards materialized in a letter as memorable as his famous Baseball to Boches" stories. "Joe ought to know about this," he said. And the following week this characteristic letter was received: Atlantic Port-By the name of .

Well, Joe, I have just seen a movie which makes them, other pictures look like osteopath views, or whatever they call them things you look at with a magaifyin glass. This here is some picture, Joe, Ill tell the world and the name of it is Mickey. Me and Jeanne went to see it on account of not bein' able to get seats for the Fifth Avenue Library, and maybe we ain't glad, Joe. I'll say we. are, only Jeanne, she's afraid that feller will come and collect, and maybe she's right, Joe, because in this here burg you never could get nothin' for nothin, except we saw this for nothin.  Well. Joe. they is more action in this thing than they was at the battle of the Marne, and they ain't a dull minute from the time Mickey-makes her first grin at the audience till she starts on her honeymoon and the like, with the handsome and good-lookin' young hero. Mabel Normand(y) is Mickey, and she is some dame, believe me! Joe, she can swim, ride, scrap, dance, and, oh, boy, can love! Joe, if I wasn't in the war, I would rather be in the movies, especially one with Mabel Normand(y) in it.  If the leadin' man in Mickey gets any wages it is an outrage, because he does nothin' but make love to Mabel Normand(y) from start to finish, and if I could do that I would pay the people which made the picture.

Well, Joe, I can't tell youll about this movie, because then you would save the money, and not go when they play it where you are, but I will say that they is the greatest horse race, for instance, in it I ever seen. It is the same as the real thing, only better, and I bet the guy next to me fifty bucks on Mickey a place, Joe.  Well, Joe, Mickey win it, pulled up and this big stiff wouldn't pay off because he says it's only a movie, and he don't think the other was tryin'. Joe, if it hadn't been for Jeanne I would of bust him then and there, but was big and tough, anyways, Joe, and they is times when discretion is better than a punch in the nose. Joe. they Is also a fight in this picture between the hero and the villain which would make the war look like a game of bean bag.  Joe. these guys fights with everything but axes, and wrecks a house doin' it whilst Mickey Is hangin by her nails from the roof. Well, Joe. I got so excited they was as many people lookin at me as at the picture, and Jeanne gets sore and says if I am so stuck on Mabel Normand(y) what did I get married for. Well. Joe, with that they was nothin for me to do but shut up, and anyways, they was some guys in back of me invited me to do the same, because they claimed they come to see Mickey, and not to hear me.

Joe, the first time you get a furlow go and see this here picture because Mickey is the greatest thing that was ever throwed on a screen, and the rest of them is just plain movies. 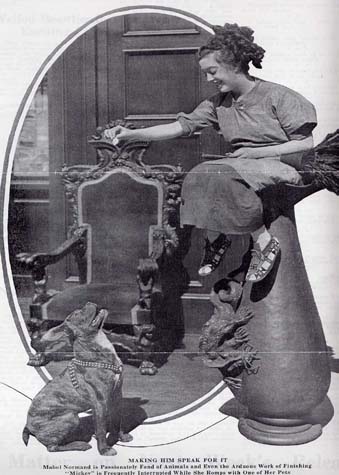