Marjorie Beebe and Mabel Normand had a number of things in common and Mack Sennett was the big one.

30, the Los Angeles Examiner ran a story,Mack Sennett Engaged? No! 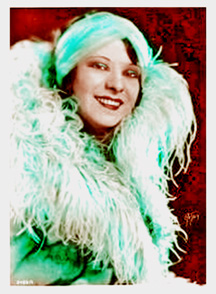 Are Mack Sennett and Marjorie Beebe, comedy actress, going to get married?  No! At least thats what Mack Sennett declared last night.

I dont know how the report got started but it is untrue he said. I must say, though, it is the highest compliment paid me in a long time.

It was thought that Marjorie traveled with Mack to , his Canadian home and would stay at the local hotel as his companion, during there time together. (1928 onward)

In Hypnotized (1932)  Marjorie Beebe termed with the Two Black Crows  Charlie Mack and George Moran, in a 7 reel; in this film Marjorie Beebe also plays black face. A rather convoluted storyline with a circus and a ship and monkeys and lions, and winning a lottery, well if you can think of it then its in this film. 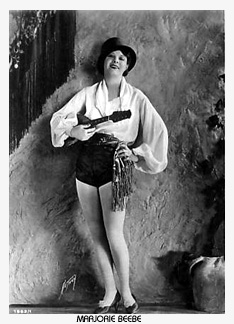 By the time, Marjorie came to work with Mack Sennett; the country was just about to change its mood because of the depression it also had changed the style of comedy, so that work that Marjorie was making for Mack Sennett, just didnt mesh with what the country wanted. 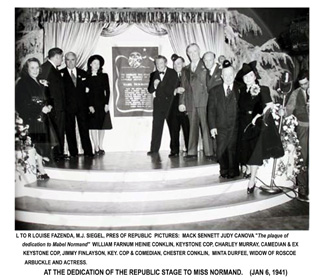 Studio, it was reported that there were 87 old Mack Sennett stars and crew; Mae Busch, Marjorie Beebe, two old girl friends of Macks were both there while honor was paid to his most deeply and most endearing love.

Now that I have your attention and you are interested after all, you read this far . . .  do you want to know more about Marjorie Beebe? You are in luck there is A Tribute To Marjorie created by Ian Craine, Marjorie Beebes biographer.  If you have Marjorie stories you would like to share, I just know he would love to hear from you.