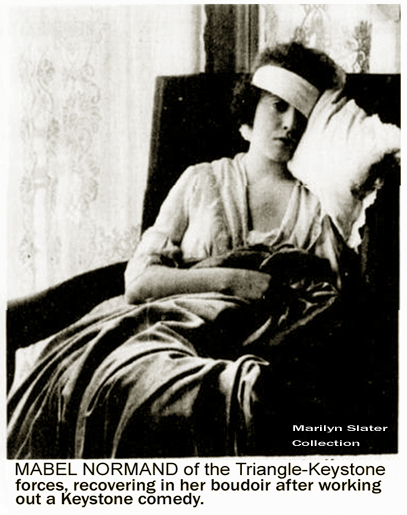 Working at Keystone was dangerous and I found a picture in the New York Turbine dated to prove that Mabel Normand was sometimes really hurt.

Julian Johnson and James R. Quirk of Photoplay Magazine and Kitty Kelly of the Chicago Times wrote that although Mabel was recovering from a serious accident she looked fresh as a daisy during a visit in . Back in February 1916, Mabel was reported to have fallen from an airplane fortunately; it was taxing to a landing at the time so she got away with only a few scratches.