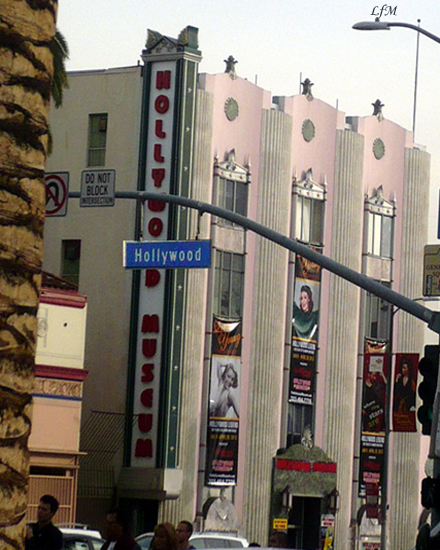 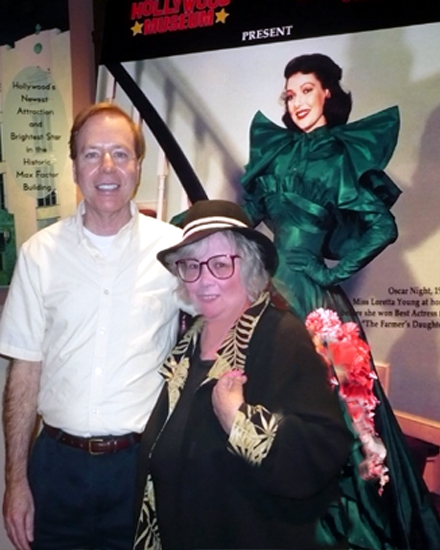 Richard Scroggins with Me at the personal tour of the Exhibition 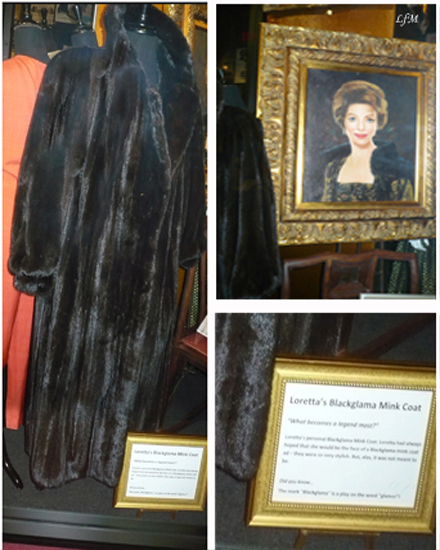 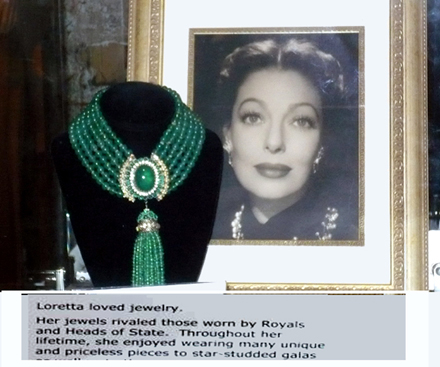 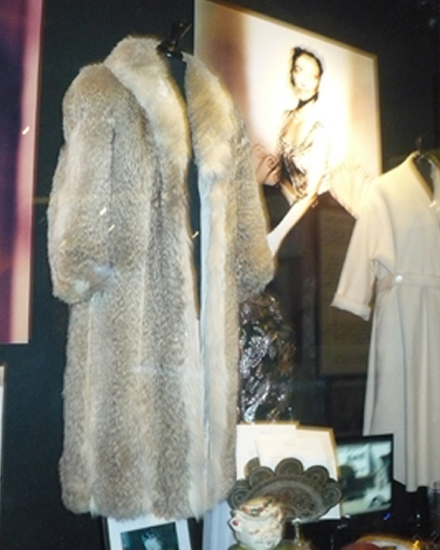 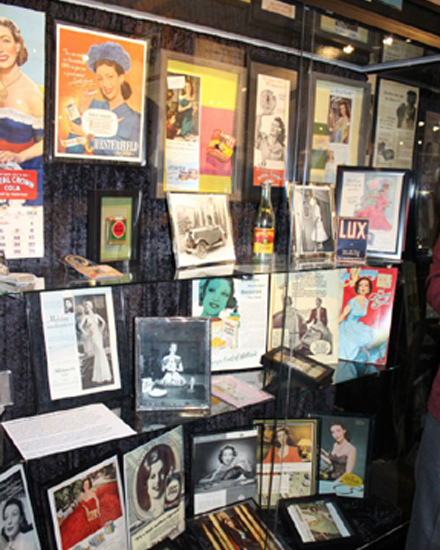 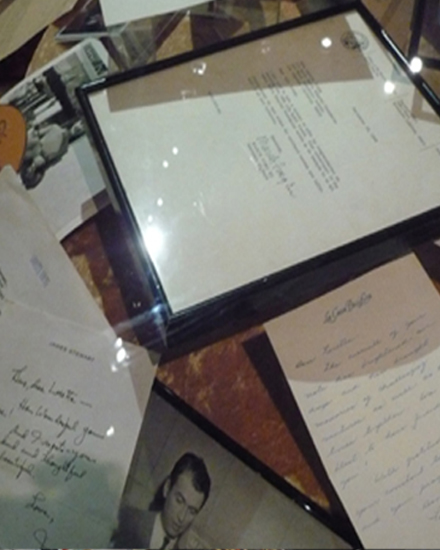 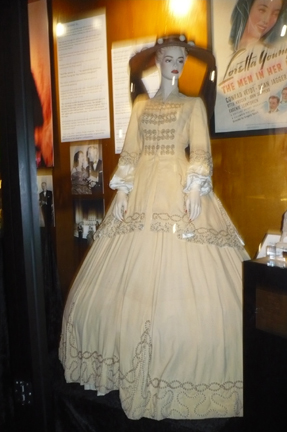 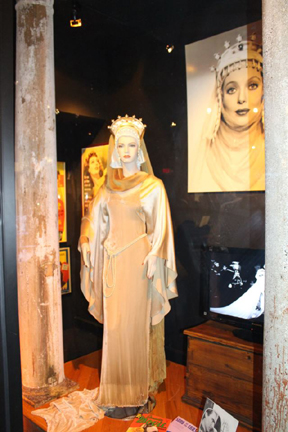 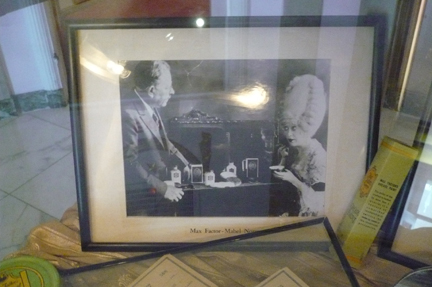 Mabel Normand with Max Factor in lobby of the Museum, here she is in "Anything Once" (Hal Roach 1926) 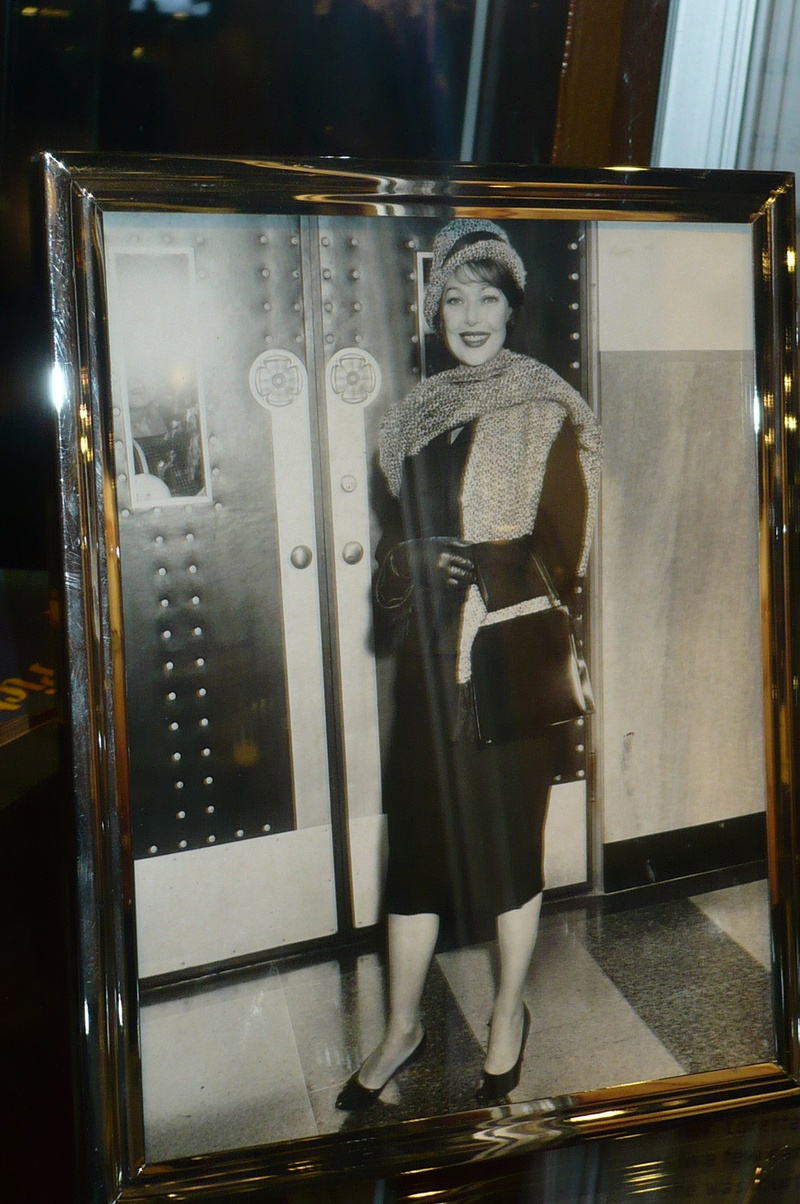 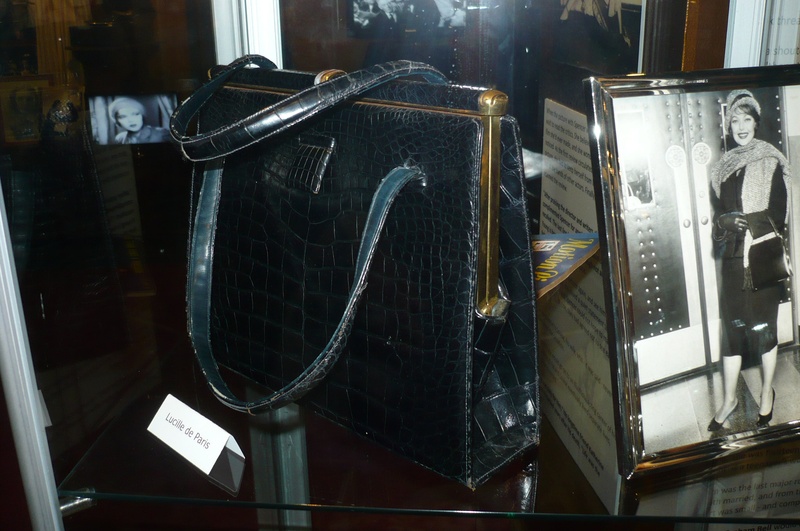 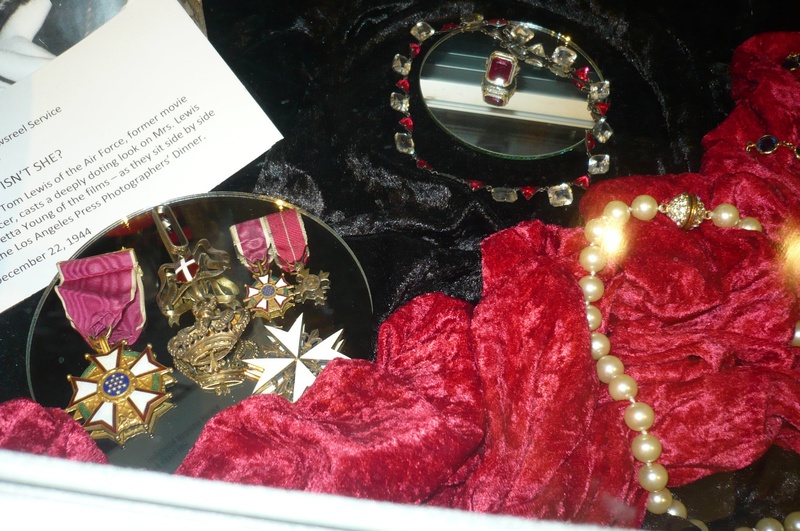 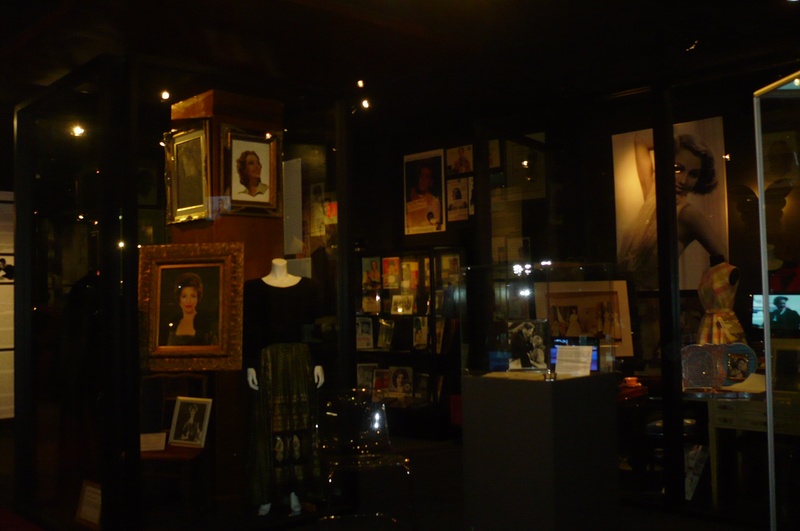 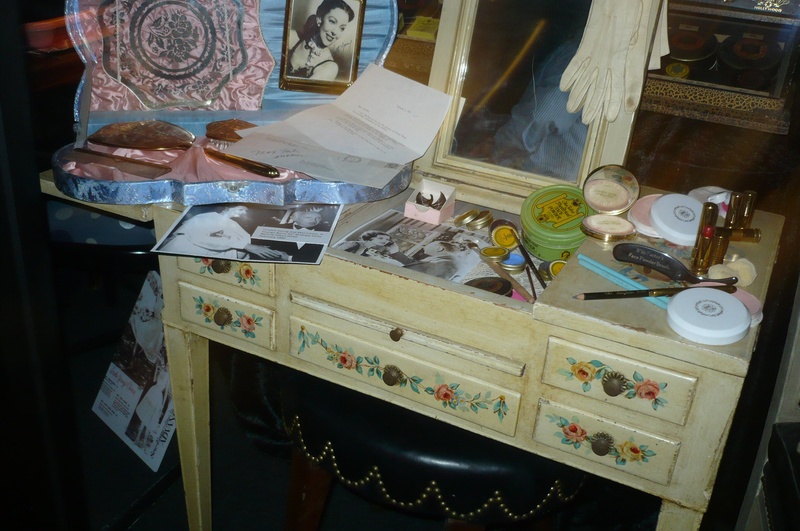 Beginning . The in the located at at the south east corner of will celebrate the 100th Anniversary of Loretta Young, the movie star and fashion icon of the 20th Century. The PRWeb post regarding the Exhibit reports that the Loretta Young Centennial Exhibit will run though April 28, 2013She is truly beautiful and although I cant agree with Donelle Dadigan, Founder and President of The Hollywood Museum,  that Loretta Young was the first Max Factor makeup model as she first appeared in print ads in the 1930s, we know that Mac Factor had started to work with the movie makeup by 1914 and the endorsements of the film community was part of advertising for a fee of a dollar, the ads promoted the stars film during the 1920s.  Mabel Normand was used in print advertisements for ANYTHING ONCE (Hal Roach 1926). 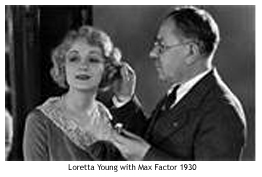 Loretta Youngs career covered over seventy years; winning an Oscar and 3 Emmy.  She began in the Silents Era, by the Golden Age she was a romantic leads winning her Oscar for her FRAMERS DAUGHTER and in the Television Age, she won her 3 Emmy for the NBC THE LORETTA YOUNG SHOW.

Much of the material has never been seen before the items come from not only the above collectors but also from family and personal friends. Her correspondence; yes, the love letters from Spencer Tracy and Clark Gable will be there along with photographs, contracts, documents, her personal wardrobe, costumes and home movies.  Her husband, Jean Louis, costume designs glamorous costumes will be displayed. As you know, Jean Louis was the designer for super stars like Rita Hayworth, Marlene Dietrich, Judy Garland, Betty Grable, Joan Crawford, Doris Day, Julie Andrews and Marilyn Monroe and was an Oscar winner, himself. 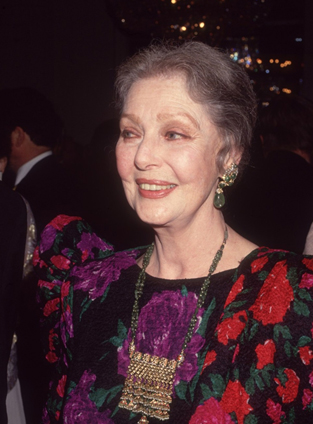 In February, Timeless Media Group will release the Loretta Young Show: Best of The Complete Series - on DVD. bonus features will include interviews with Youngs children, rare family home movies and a featurette of Young discussing her career.