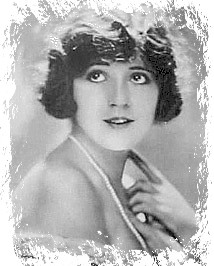 In a hardcover book, titled STARS OF THE PHOTOPLAY © 1924 there are over 250 pages of Art Portraits and biographical sketches of silent film stars. Michelle Stuvland had a copy up for auction on eBay. On the list of portraits was one of Mabel Normand, so how could I not make a little look see.  So many lovely pictures, which one of Mabel would they have, would it be one I dont have in my collection.  The listing on eBay had wonderful large images taken from the book, alas, many were not identified.

As I dont pretend to know much about anyone (other then perhaps, Mabel); I couldnt name many, but there was onesomething in the eyes, the chin looked a 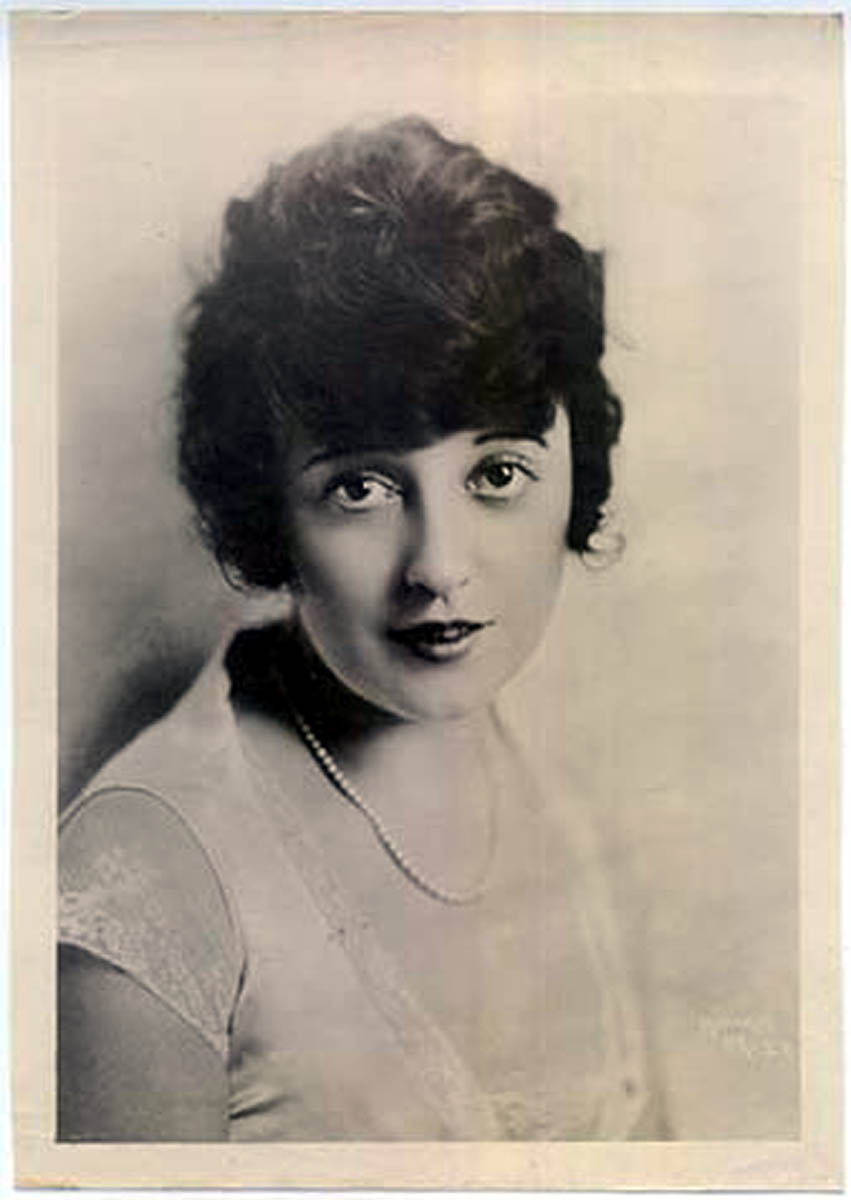 little long and the nose but the eyes, maybeso I bid a little and sent a request to the seller to let me know the name of the women in the picture you see here on the page. Yes, I was hoping it was Mabel, a new picture of Mabel, I hoped and wished and hoped some more.  The email answer came; the woman was Helen Ferguson not Mabel.  The photo that was used in the 1924 Photoplay book of Mabel Normand was one taken during the Goldwyn years with her ladylike pearls and it is a nice classic one but not an unknown image.

The photographs in the book were truly some of the best examples of the black and white photographic art form and with such beautiful (and/or handsome) subjects!  Of course, many of the images are ones of the famous that have been used through the years but others, who are they? And in particular, who was Helen Ferguson?

Who was Helen Ferguson? 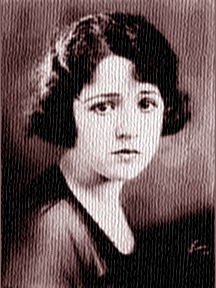 Helen Ferguson was an actress and then she became a publicist. She was born in around 00 although according to the social security records the year might have been 1892.  She died in , on and she was buried at Forest Lawn, in and her star is 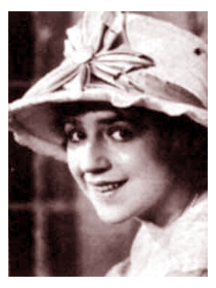 Helen graduated from the Nicholas Senn High School of Chicago, she became a stenographer, attended the Academy of Fine Arts, worked as a newspaper reporter all before becoming a movie actress around 1914. InThe Temper (Eassanay Studio, 1915)Helen was not credited but by 1917 she was working in films full time beginning with Max Wants a Divorce.

The first on screen credit seems to have been in 1917. Vitagraph Studios made a 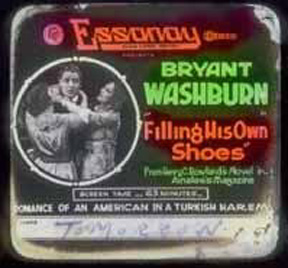 film called The Romance Promoters in 1920 in which Helen co-star. By the 1920, she was starring in Fox Films Westerns; she went on to make comedies and serials.

Helen was described as a regular girl starting in her film career as an extra; she is reported to have appeared in the 1915 production of The Tempter, Henry B. Walthalls first picture at Eassanay Studio. 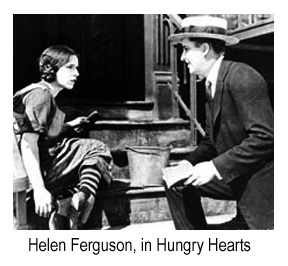 Sam Goldwyn brought Helen Ferguson to in 1919 to appear in Going Some. Helen went on to work for other East Coast Studios.

The End of the Road was made in 1919, Helen plays the maid, not a very big part. It is an Army Training film about syphilis directed by Edward H. Griffith.

According to The Blue Book of the Screen (1923) Helen Ferguson drives a car, and is always reading, studying and painting. 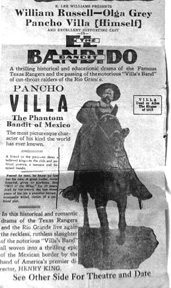 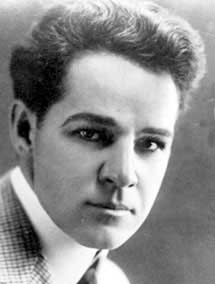 together for Fox Films in Shod with Fire and The Challenge of the Law. They continued to work together on Desert Blooms in 1921; The Crusader, 1922 and then in 1925 they came together once more to make My Neighbors Wife; that was the year they were married. This was Helens first marriage, although they had known each other and Helen told reporters that they had been in love for a long time but they had decided to actually marry rather suddenly. Their romance had started in 1920 when they first worked together.  William Russell, his real name was William Lerch had been married to Charlotte Burton in 1919 but the marriage only lasted six months before they divorced.  At the time of Helen and Bills marriage, she was reported 26 and Bill was 40. The married ceremony took place at Emilie Ferguson, Helens mothers home and was preformed by Dr. Frank Dyer. 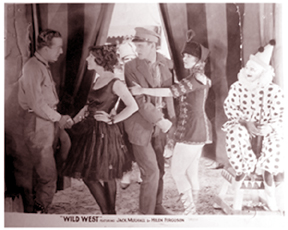 They were working at separate studios so were not able to take a honeymoon, but William Russell had a yacht so they could have taken a cruise. In 1925, 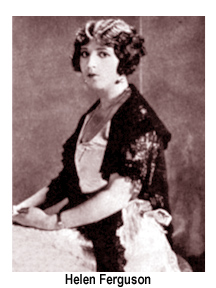 Bill was with Universal in a film called The Still Alarm and at Pathe, Helen was starring in a picture being filmed off the coast of . Helen was featured in several serials. 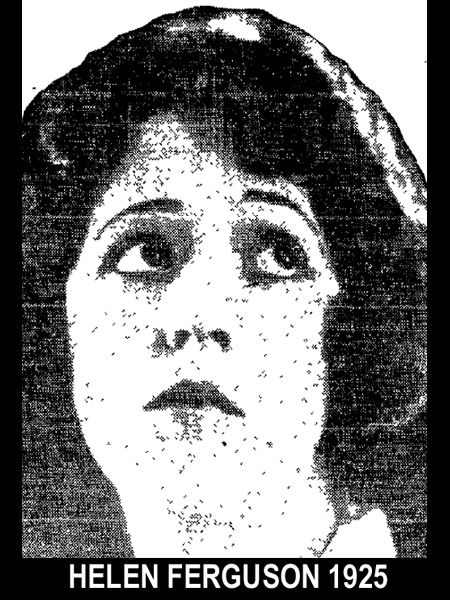 Sadly, William (Bill) Russell died in 1929. Bill had been ill in the hospital for just a week with pneumonia. He died before Helen could reach his bedside, he was just 45 and was known for his he man roles although he had been on the stage since he was 8 years old and had played opposite the young and beautiful Ethel Barrymore, and many others.  He had three sisters (Emma, Clara, ,) and his brother was Albert E. Lerch. Bills estate was large in 1929 standards and Helen was named his executrix.

In October of 1929, Helen gave an interview while in San Francisco staying at the Womens City Club, she explained that she didnt really have an aim in life since the death of her husband, she had been at lose ends.

She explained she had lost all ambition but had learned to be tolerant of others feelings.  A year after it was reported that Helen was aimless she announced that a business friendship, which had begun in the handing of William Russell over $100,000 estate, had ripened into a romance with Richard L. Hargreaves, president of the Beverly Hills First National Bank. Richard Hargreaves was divorced in 1929 from Grace Bryan, the daughter of the late William Jennings Bryan.

In December 1930, when Helen married for the second time, she left film and went on the stage but by 1933, she retired from performing completely.  Richard died in 1941; leaving Helen widowed a second time. 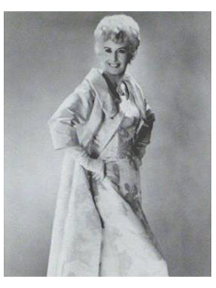 She found a second successful career in publicity and became a power in , working with many of the great names in the movie industry: Henry Fonda, Barbara Stanwyek, Loretta Young, Pat OBrien, Robert Taylor and Jeanette MacDonald.  Helen worked as one of the foremost super-press (suppress) agents for nearly 20 years. Helen Ferguson Public Relations 151 El Camino Drive, Beverly Hills and her home address was . She retired from publicity work in 1967, after a wonderful and long career. I dont think, I ever saw her on film. 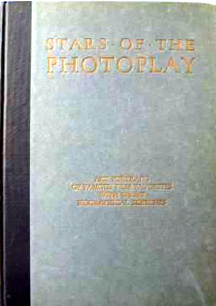