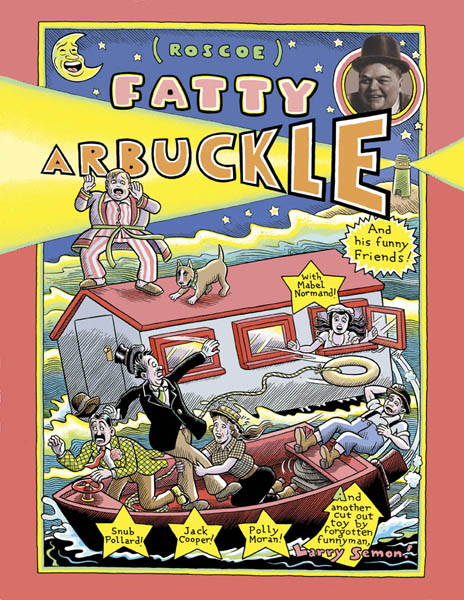 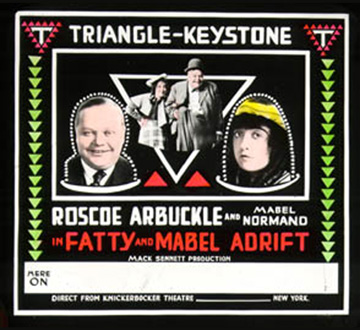 plot:  The story involves Arbuckle as a farm boy marrying his sweetheart, Normand. They have their honeymoon with Fatty's dog Luke, at a cottage on the seashore. At high tide that night, Al St. John (Fatty's rival) and his confederates set the cottage adrift. Fatty and Mabel awaken the next morning to find themselves surrounded by water in their bedroom, and the house afloat.

Fatty and Mabel Adrift (Triangle 1916) was a transformational film for Mabel Normand and Roscoe Arbuckle.  Keystone had become part of Triangle (Sennett, Ince and Griffith).  Mabel and Roscoe had been with Mack Sennett in . It was the first film they made together for the newly formed production company.  Roscoe was about to show his obvious talent as a director after getting away for a very hands-on producer (Mack Sennett).  Mabel also seemed anxious to get away of Mack.  Mack and Mabel were reported to have had a dust-up, with wild stories of disloyalty and flying shoes and/or vases. Mack in his biography King of Comedy admits that there was a dalliance on his part, which created the problems between them. Mabel was as loyal as ever and continued to fulfill her obligations to the production company but things 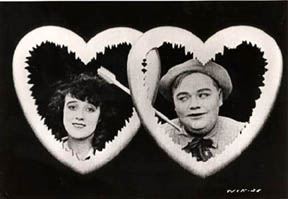 cooled between Mack and Mabel.

In , the term of Fatty and Mabel went on to make He Did and He Didnt and The Bright Lights. Mack 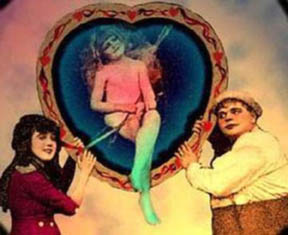 lured Mabel back to with the promise of a studio of her own and her own production company separate from Triangle/Keystone.   Mabel returned to to control the entire operation of her own filmmaking, remember this was very early in the history of movies, 1916/1917; Mabel made Mickey. Before Mickey, Fatty and Mabel Adrift was considered one of the finest examples of her work and of course, the finest work of the comedy term, Fatty and Mabel. 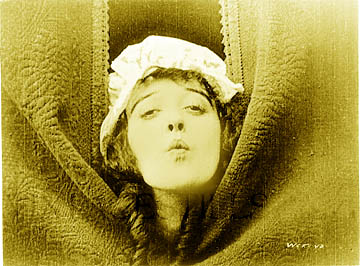 This is a particularly well planned 3-reel film with carefully done camera work.  They had made their reputation in the improvisation and spontaneous shorts for Keystone.  With the change of production, company there was now more money to use on the productions and Roscoe could use his skills behind the camera as well as before the lens. He also created his own production company after he left 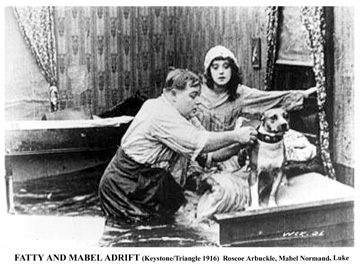 Triangle productions were noted for quality comedies, Mabel Normand made five films with them; My Valet, Stolen Magic, Fatty and Mabel Adrift, He Did and He Didn't, and The Bright Lights. Two of these have not survived, Stolen Magic and The Bright Lights.  However, we do have 2 wonderful comedies with Roscoe and Mabel and the film My Valet, left to us. My Valet pared Mabel with Raymond Hitchcock and also features Mack Sennett and Fred Mace, this Triangle film, is 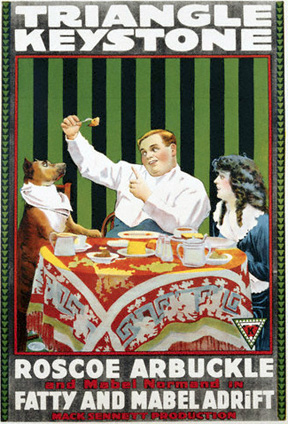 one I havent seen, the nitrate print exists at the Eastman House, .  The Triangle films were the last comedies starring these comic geniuses; a fascinating culmination of the successful team. Both Fatty and Mabel Adrift and He Did and He Didnt are well worth the reputation they have. Fatty and Mabel Adrift is in itself a comic masterpiece.  Here again we get to see the Keystone water police which had become famous in the Keystone first full-length comedy feature, Tillies Punctured Romance, 1914 with Mabel, Marie Dresser and of course, Charlie Chaplin.

Many of the earlier Mabel and Roscoe Keystone films have very little plot but here we have a sweet little story of the newlyweds spending their first night together, suffering the wrath of a jealous and vengeful suitor.  In the SHEBOYGAN PRESS dated 16 an article ran 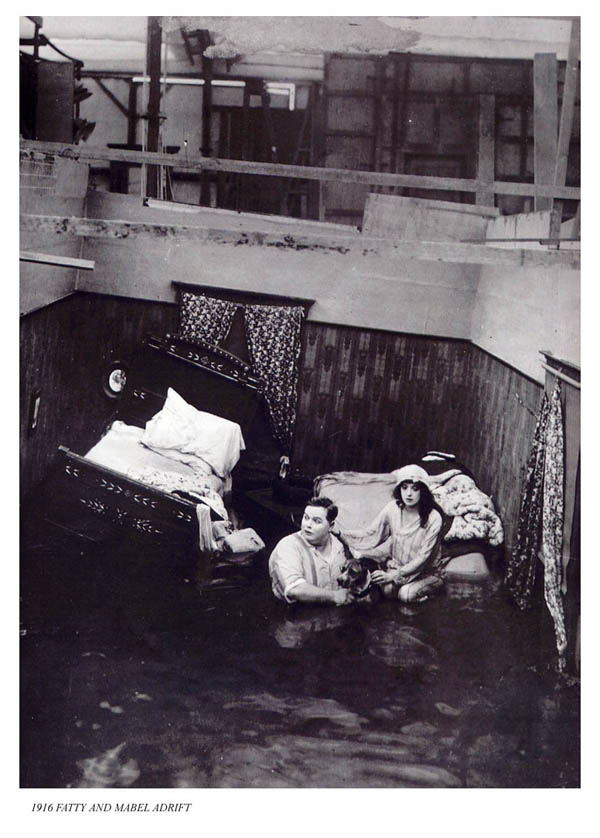 regarding the film at the MAJESTIC, it was FATTY MABEL ADRIFT, a NOVEL COMIC, and it was all that and more.

The honeymooners and their loyal dog, Luke were in their cottage on the shore are pushed into the sea in the midst of a storm.  Mabel as the new bride has a terrifically funny screen serving her cement biscuits.  The beginning of the film is set in the wonderful farmyard.  It became a huge box office success for the newly formed company.

By the early Spring of 1916, Mabel was still disenchanted by Sennett, as was Roscoe. Keystone/Triangle benefited from having the greatest comedian of the era; in fact, the whole industry owns much to the Sennett Laugh Factory.  It has been argued that Sennett would not have had his success if not for Mabel Normand; I like to think she was the key; that it was with her creativity and artistic genius that made Keystone the keystone/cornerstone of comedy. 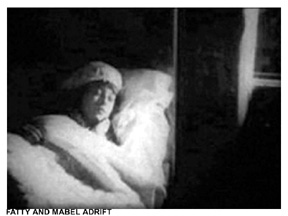 Fatty and Mabel Adrift was released 16. In the Morning Telegraph dated, 16 it was reported that Mabel arrived in . Roscoe Arbuckle, Fatty, accompanied her from and they are to remain here for some time making comedies for the Triangle. Before they left the Coast, they completed Fatty and Mabel Adrift, which will be shown soon at the Knickerbocker Theatre. A company will be recruited in the East to work under the direction of Arbuckle. Miss Normand will be the feminine star in the new 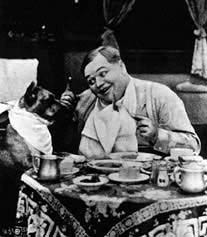 In the unpublished memorial of Minta Durfee Arbuckle at the Academy Library, Minta describes the trip as both as a reward and a triumph for Roscoe.  Minta writes that Roscoe didnt want to visit until he could do it in style; this was that moment, his first trip to the city.  Roscoe and Minta had gone through the miscarriage in 1915 of their only child, which had been a very sad for the couple who had been married since August 1908. Minta had also lost her father in 1915, this trip was a chance to see new places together and folic in his success with a whole group of friends and colleagues   Traveling with Mabel, Roscoe, and Minta was also Joe Bordeaux, Al St John, Ferris Hartman, Elgin Lesllie and his wife (Elgin was an ace cameraman.)

Minta writes that due to the fact that Roscoe had kept up all the releases and had turned out so many pictures he and Mabel were given the opportunity to go to .  Naturally, Mabel was thrilled as she was born on and was going home; she had many friends there.  In , Kessel and Bauman throw a party at Healys to lionized Mabel and Roscoe. The reviews of Fatty and Mabel Adrift were excellent, everyone was happy, making money, and famous, and Mack was a continent away. 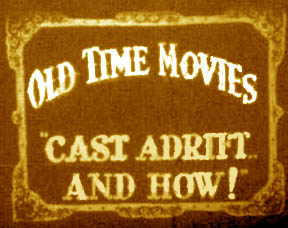 Mabel contribution was genially recognized within the industry. Triangle had studio space at .  Roscoe and Mabel were on their own, they had proved themselves with the success of Fatty and Mabel Adrift, of course, they were not given carte blanche the financial reports were filed each week.  The reports are part of the papers in the Mack Sennett Special Collection at the 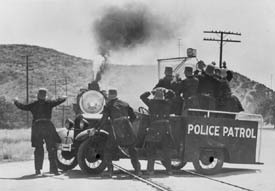 The New York Morning Telegraph ran a story that Mabel was ill and laid up for weeks during the filming of Fatty and Mabel Adrift, and it had to remain unfinished until her recovery. Sometimes life is repeated, while Mabel was at Sea Cliff working for Sam Goldwyn Studios, there was a terrible storm, the roof of the hotel where they were staying sprung a leak and Mabel said, Fatty and Mabel Adrift had nothing on this deluge, which like a thief in the night, came without warning. Mabel caught a terrible cold 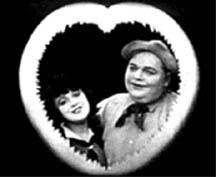 and was ill and laid up for weeks.   Back in 1916, with all its slapstick, "Fatty and Mabel Adrift" contains moments of genuine charm, notably the famous vignette where Roscoe's shadow seems to gently caress the cheek of the sleeping Mabel.