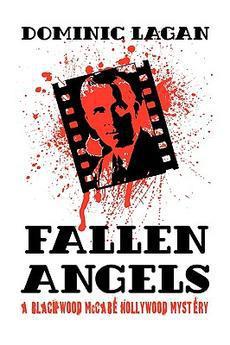 Delores Hanney wrote a review of Fallen Angels by Dominic Lagan, which deals with the mystery surrounding the death of William Desmond TaylorI, have also read the book but Delores, my dear friend (even off Face Book) has a wonderful way with words. I agree that The Fixer is a grand character


I just finished reading Dominic Lagan's Fallen Angels. It's a delicious account, Raymond Chandler style, of high-class movie director William Desmond Taylor's murder in 1922. Though it is not a perfectly accurate presentation of history, a given since it's a novel, it thunders along at a whiplashing velocity to serve up a satisfying soak in the atmospheric throb of Los Angeles in the early 1920s, along with vivid convolutions and a believable solution to the notorious, still unsolved crime. Most of the usual suspects who have swirled around the sordid episode for the past ninety years, as greater or lesser possibilities to be tagged as Taylor's murderer - including film comedienne Mabel Normand, hot-to-trot ingénue Mary Miles Minter and her mother Charlotte Shelby, Edward Sands (Taylor's thieving former factotum), a drug dealer and a purveyor of illegal alcohol - are all on hand. So are the characters from Taylor's past, when he was known as William Cunningham Deane-Tanner. Additionally, there is "The Fixer," the author's compelling personal contribution to the cast, who in this story is the widely-known hired gun who sorts out and covers up movie industry scandals. The suggestion that he will turn up in future romps leaves one to drool.