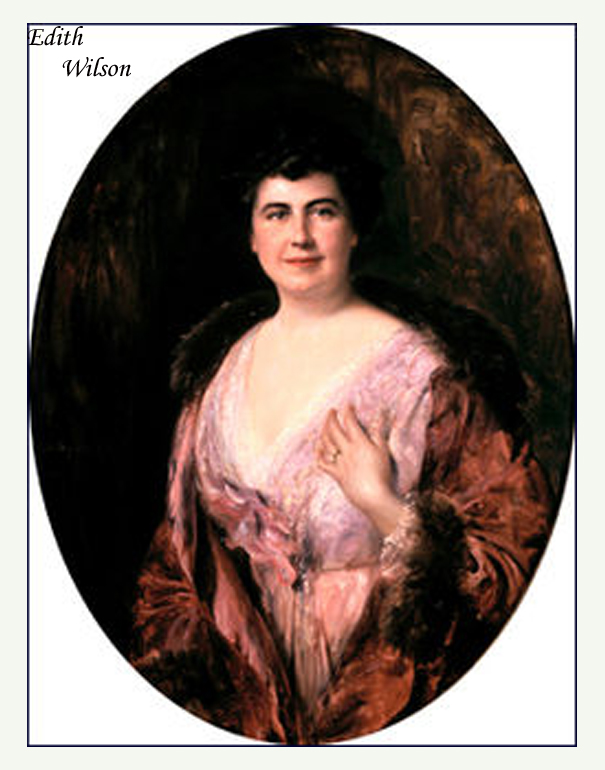 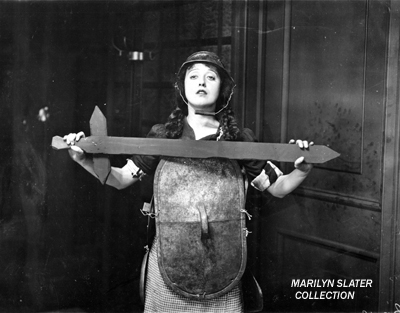 In 1918 Mrs. Edith Wilson, the second Mrs. Wilson asked that Mabel Normand be brought in her box at Crandall's Knickerbocker Theatre in . Mabel  had stared in Joan of Plattsburg a Samuel Goldwyns patriotic comedy-drama, which was presented as a fund raiser for the Childrens Year Campaign Committee of the Council of National Defense. Mabel  had received a direct invitation. 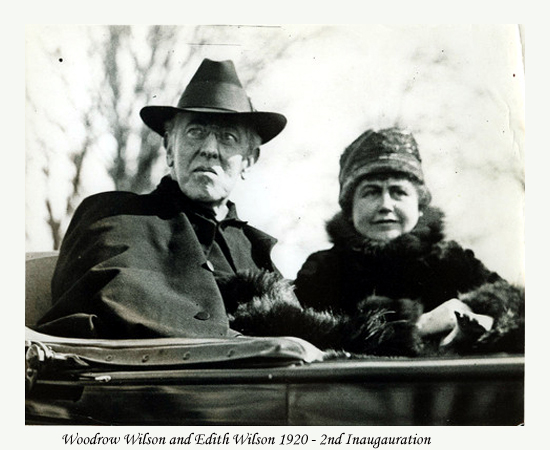 Mrs. Edith Wilson had married the President in 1915 after Ellen Wilson had died in 1914; Woodrow Wilson is one of only three presidents to be widowed while in office. Later when the Wilson had a stoke in October 1919, many said that his wife was the Secret President; the first female president of the .  When she met with Mabel Normand, Edith Wilson was the chief 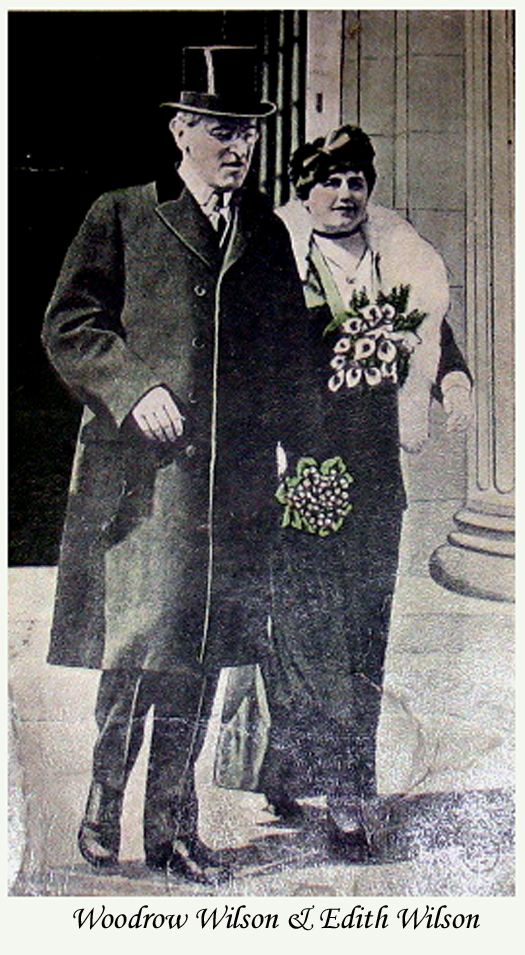 patron of Childrens Year Campaign Committee of the Council of National Defense.  Also meeting with Mabel were Vice-President Marshall, Secretary of War Baker and Mrs. Baker, Mrs. Josephine Daniels, wife of the Secretary of the Navy, and various other ladies of the Cabinet as well as Army and Navy officials and leaders in war work. 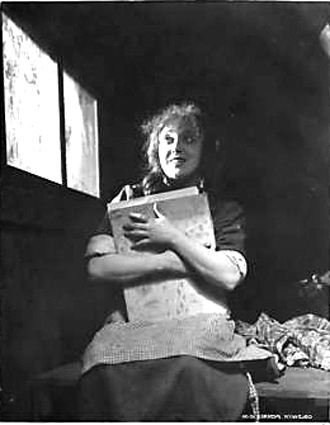 Edith Wilson told Mabel Normand: I have always loved you in motion pictures. You have whiled away many a dull hour for me, and now love the real Mabel Normand even more.

Captain Barris Bulkley opened with a recital of The Star Spangled Banner and then the lights went down and the first scene of Joan of Plattsburg faded in on the screen. Midway in the picture, Blanche Shipert sang Joan of Arc and moved the audience to applause, repeated as picture gained in cumulative strength. When the end came, Captain Bulkley introduced Mabel Normand the star of Joan; it was a full minute before she could make herself heard.

Addressing herself to Mrs. Wilson; Mabel told the audience how deeply she appreciated the honor paid her by the Children's Year Campaign Association.  Mrs. Wilson expressed her enjoyment of Mabel Normand's work. You are delightful in the part and I hope to see you many times. 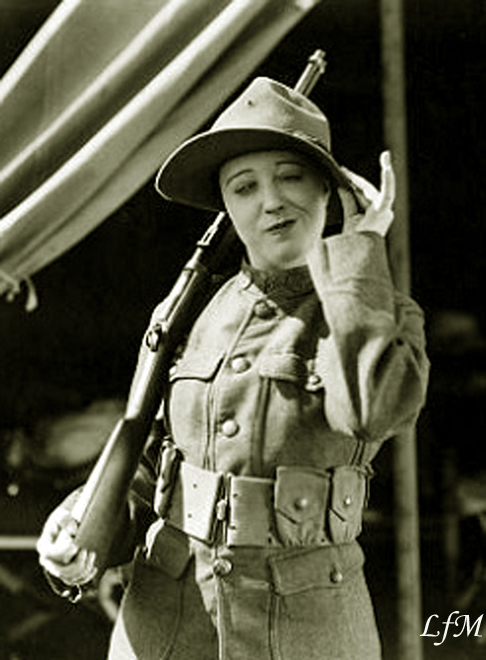 But this was not the end of her triumph; she began a series of

personal appearances at six more theatres in Washington. According to Mabel,

Now I realize how much is expected of me, and I do so want to live up to my 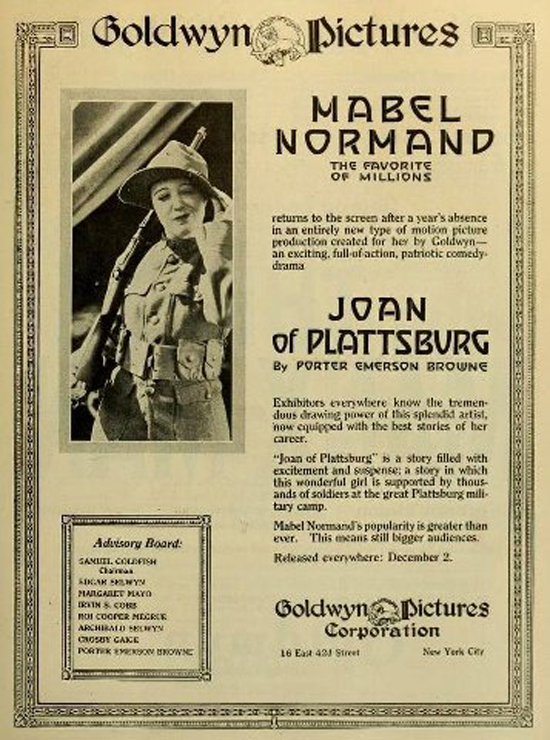 It was not until Edith Bolling was 15 years old, she received her first formal schooling. Her father enrolled her at Martha Washington College, by 17 she was enrolled in Powell's School for girls in Richmond, Virginia. She said it was the happiest time of her life. Because her father was concerned about the cost of her education, he refused to pay for any more schooling for his daughterchoosing to pay for her brothers' school instead. 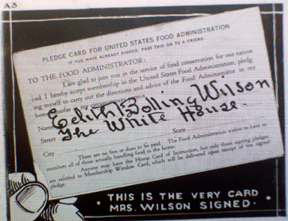 While visiting a married sister in Washington, D.C., she met and married Norman Galt; for 12 years she was  a contented young married women living in the capital, with vacations abroad. In 1908 her husband died unexpectedly. Edith Bolling Galt became the manager of  her husband very successful jewelry business.

When Edith Bolling Galt and Woodrow Wilson met they entered into a passionate afair, which lead to a very happy marriage. 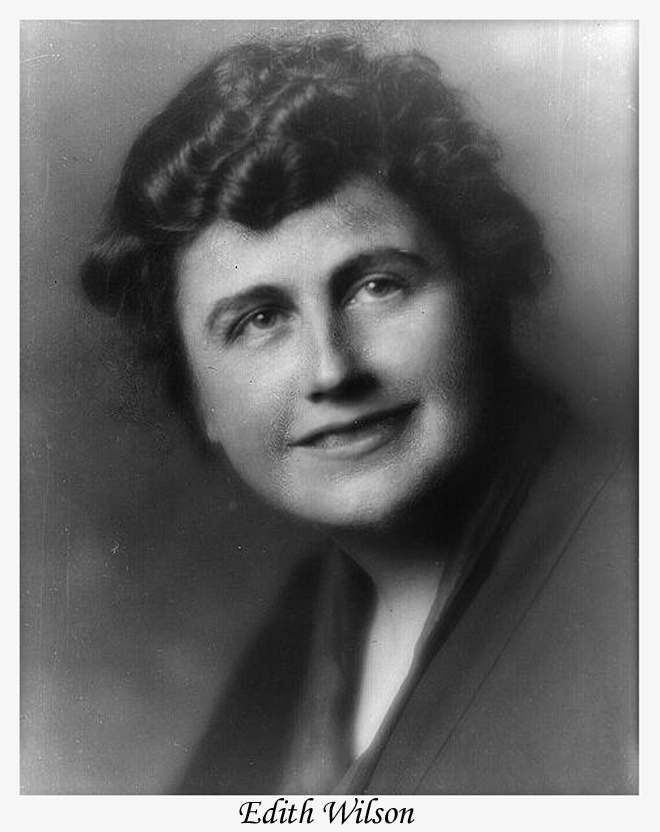 And a little more