In the Dolan scrapbook there are several articles relating to Frankie Dolan's film career; regrettably few indicate publishing dates or sources. Dolan was regularly referred to as a film star/boxer:

"The center of attention at the Western tonight will be Charlie Chaplin, the great Essanay comedian and Frankie Dolan of Keystone Co., the latter matched to box the main event with Al McManus...Chaplin a great admirer of Dolan, has agreed to appear at ringside and referee a bout and second his protege when the feature bout is staged..." 8 May 1915

Following the death of Coffey and Dolan's arrest, the result of which is never indicated, articles appear listing Frankie Dolan as Leo Houck's manager. He is also listed as" a camera man for big movie concerns." Circa 1918 March. The next entries relate to Frankie Murphy and Abe Gordon.

Circa 1924, articles list Frankie Dolan as a licensed referee...Also, he is listed as Tom Mix's traveling secretary and sparring partner, reported to be paid $100 a week.

Dolan continued to appear in films into the 1930s and was a prominent area referee. There is reference to his appearance in a "talkie" with Jack Oakie. The last scrapbook entry is dated 1937 April 30. 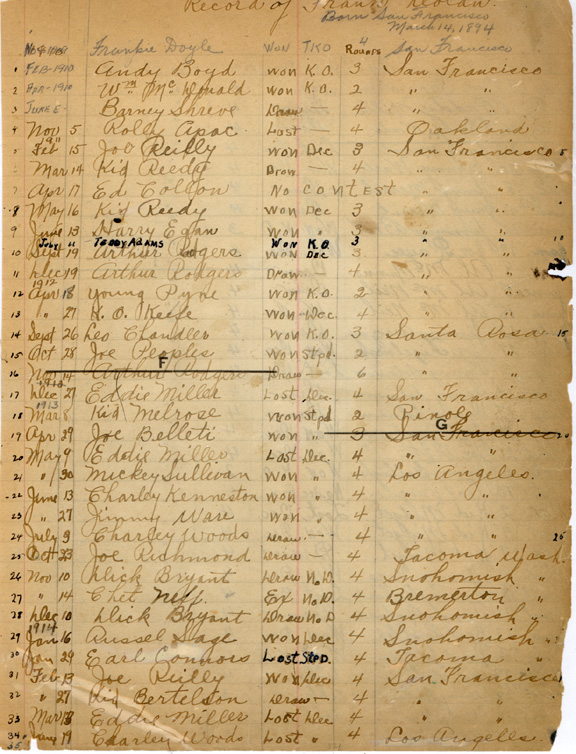 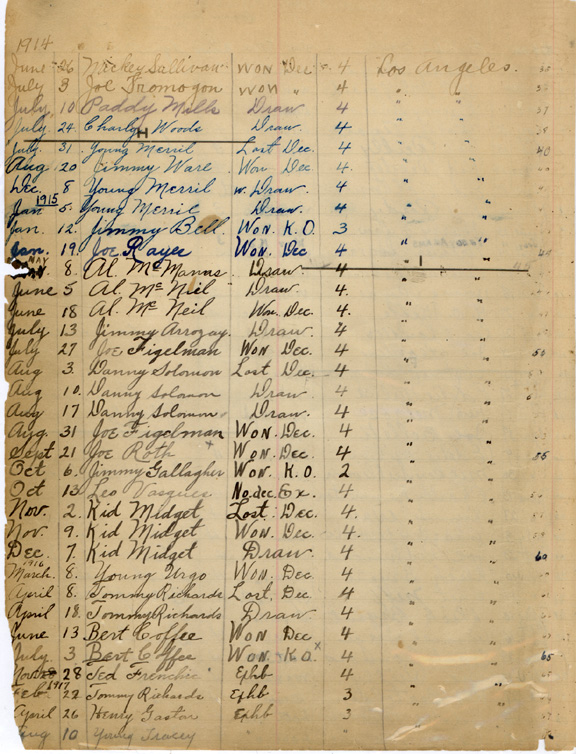