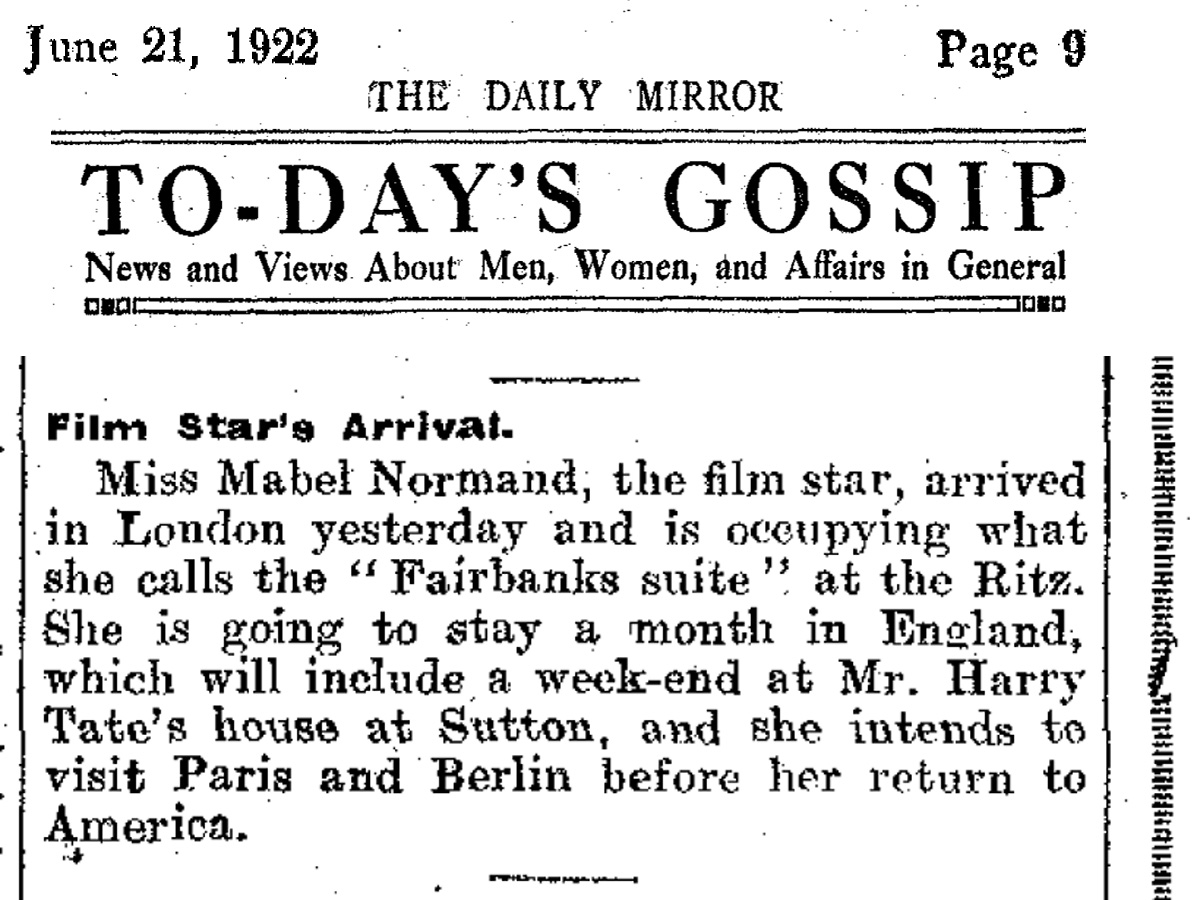 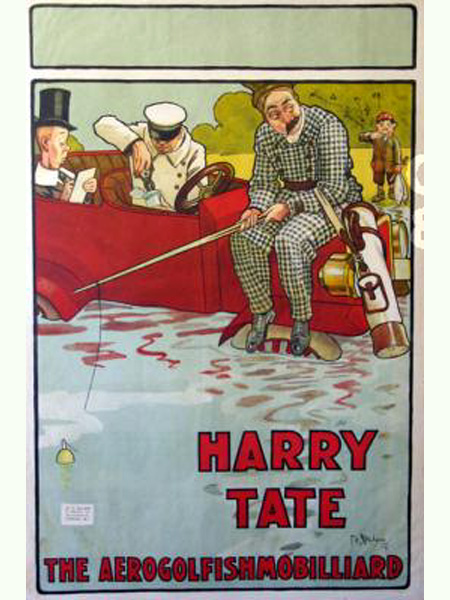 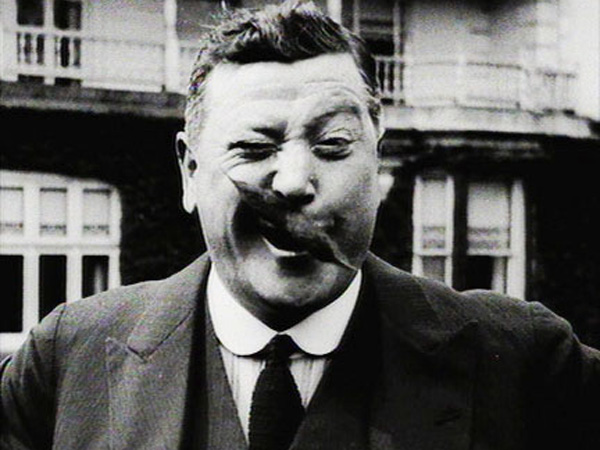 Harry Tate was born in 1872 as Ronald Macdonald Hutchinson. He worked in the Tate Sugar Factory before going on the stage and he took his stage name from them. He became famous from his sketch, "Motoring", in which he played the part of a new car owner trying to repair it. His other sketches included "Billiards" and "Fishing". The catch phrase that he used "How's your Father" was highly used in in the 1930s. He used his bristling moustache to express all kinds of emotion by twitching or moving it. He died in 1940 as a result of injuries suffered in an air raid during the London Blitz.