Film Company and where some of Mickey was filmed.  Later it was the site of

William S. Hart Production and is now called the Mack Sennett Stages.  It has been a

continuing working studio from 1916 to 2005 and shows no sign of closing. 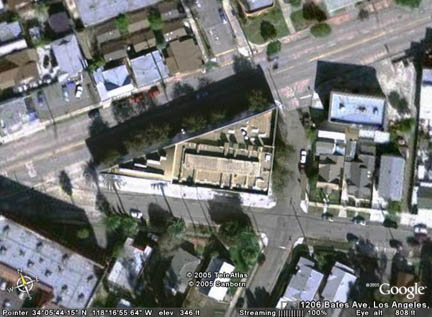 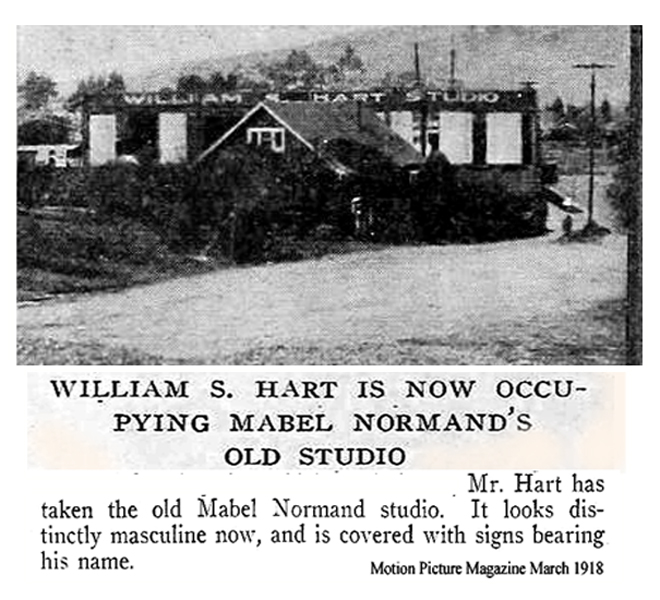 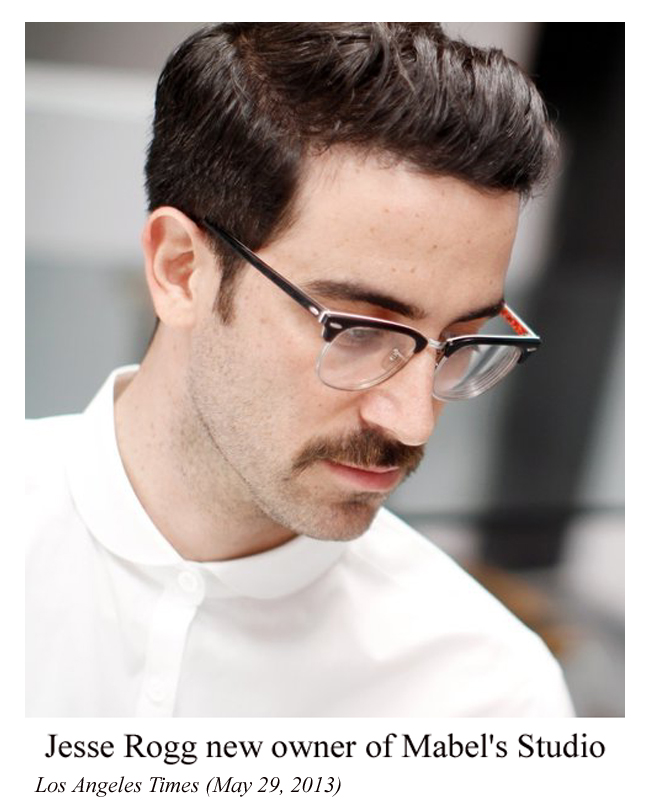 Mabel Normands studio has been sold to Jesse Rogg, the music producer for 3.3 million.  Rogg will lease out space not just for music videos but for all kinds of commercial productionshe is remodeling the space with the help of furniture designer, Christopher Kreiling; they hope to preserve the historic feel of the building.

I was going to write something a little cruel about DiAngelea Millar quality of research, but is DiAngelea Millar responsible? Perhaps notLos Angeles Times, to my way of thinking it is always the editor and the publishers fact checker who holds the final say on what gets printed this type of article might be why newspapers are dead

A historic building built by silent filmmaker Mack Sennett is being renovated and remodeled to restore its classis glamorous heritage. http://www.latimes.com/entertainment/envelope/cotown/la-fi-ct-onlocation-silver-lake20130529,0,4549347,full.story 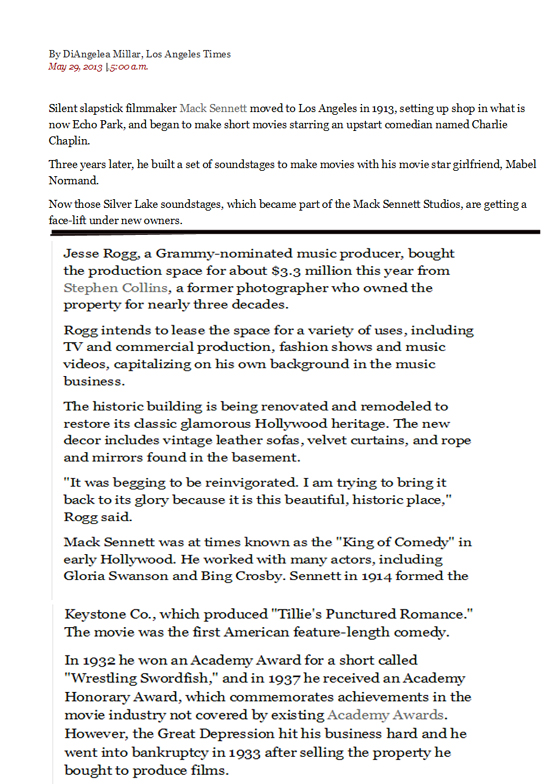 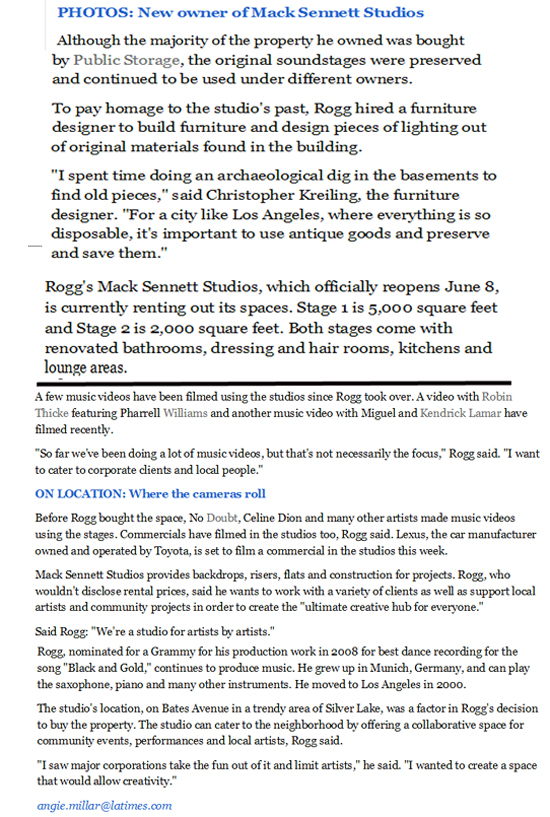 Mack Sennett came to EDENDALE and took over the Bison space on Allesandro Street (later Glendale Blvd.) in 1912 (not 1913) it was called Keystone, later in December 1913, Charles Chaplin was signed by Keystone and worked at the studio in Edendale, which is where the first full length comedy from Marie Dresslers Tillie's Punctured Romance with Mabel Normand and Charlie Chaplin in 1914. When Triangle was formed there was more money to make more comedies and hirer more performers, the EDENDALE studio expanded. By this point in 1915, Chaplin had left and Mabel Normand had been working at the Fort Lee Studio in NJ with Roscoe Arbuckle.  The Sennett Studio in Edendale is the one with the historic plaque.

This brings use to 1916 when the Mabel Normand Feature Film Co was created and her studio was built in SILVERLAKE on Bates on 10 acres.  After she left in 1917 to work with Samuel Goldwyn and Mack Sennett formed his own comedy studio; William S. Hart used the SILVERLAKE Studio.  Mabel Normands Studio was never a soundstagenever called Sennett Studio until long after Mack Sennetts death.  He did move production to the Valley () to make sound movies; he never had a sound stage in EDENDALE nor SILVERLAKE.

But this film factory, which dates back to 1916, was inspired as a kind of love letter to his then fiancee and one of the era's biggest stars, Mabel Normand, who ...