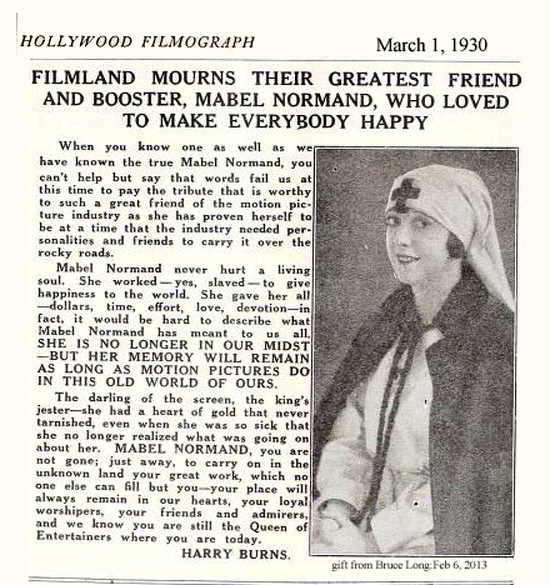 A Remembering 2013 -  Today Bruce Long sent us something he found in the Hollywood Filmograph by Harry Burns.  It is a short obituary

TO MAKE EVERYBODY HAPPY

When you know one as well as we have known the true Mabel Normand, you cant help but say that words fail us at this time to pay the tribute that is worthy to such a great friend of the motion picture industry as she has proven herself to be at a time that the industry needed personalities and friends to carry it over the rocky roads.

Mabel Normand never hurt a living soul.  She worked  yes, slaved  to give happiness to the world.  She gave her all  dollars, times, efforts, love, devotion  in fact it would be hard to describe what Mabel Normand has meant to us all.  SHE IS NO LONGER IN OUR MIDST  BUT HER MEMORY WILL REMAIN AS LONG AS MOTION PICTURES DO IN THIS OLD WORLD OF OURS.

The darling of the screen, the kings jester  she had a heart of gold that never tarnished, even when she was so sick that she no longer realized what was going on about her.  MABEL NORMAND, you are not gone; just away, to carry on in the unknown land your great work, which no one else can fill but you  your place will always remain in our hearts, your loyal worshipers, your friends and admirers, and we know you are still the Queen of Entertainers where you are today. 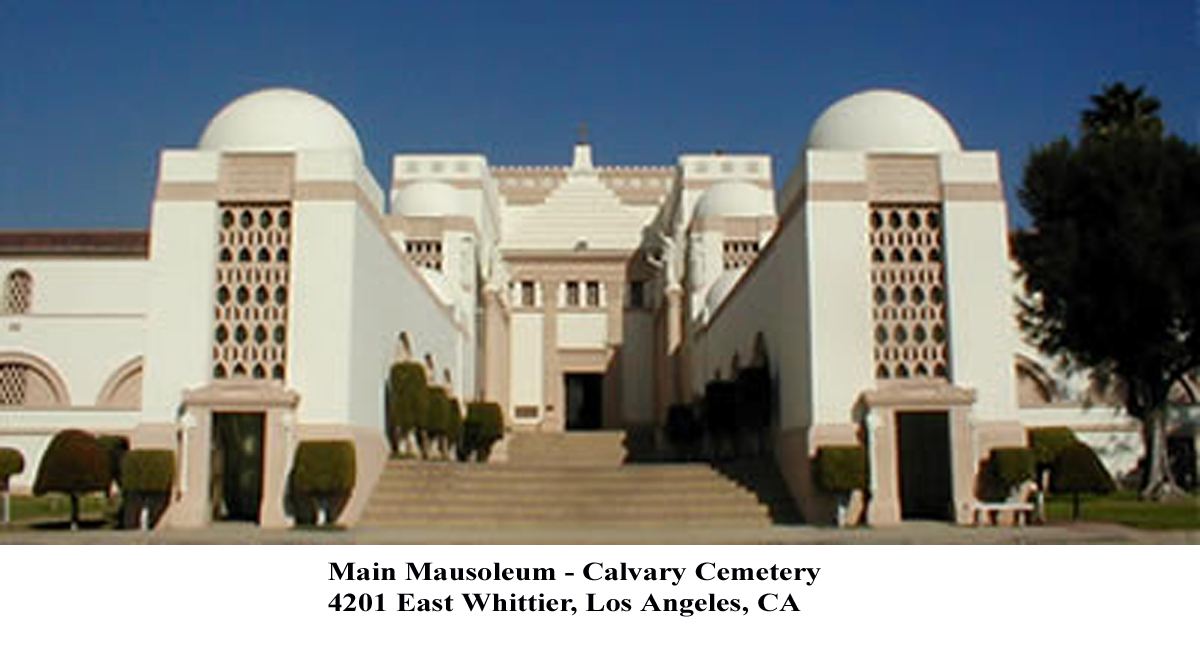 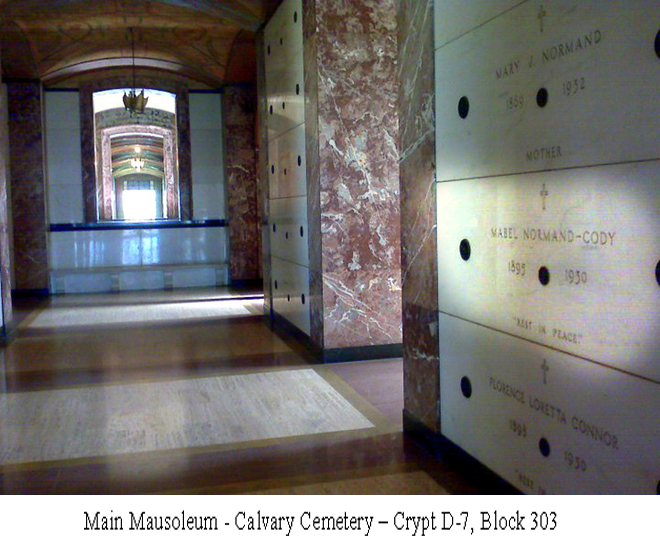 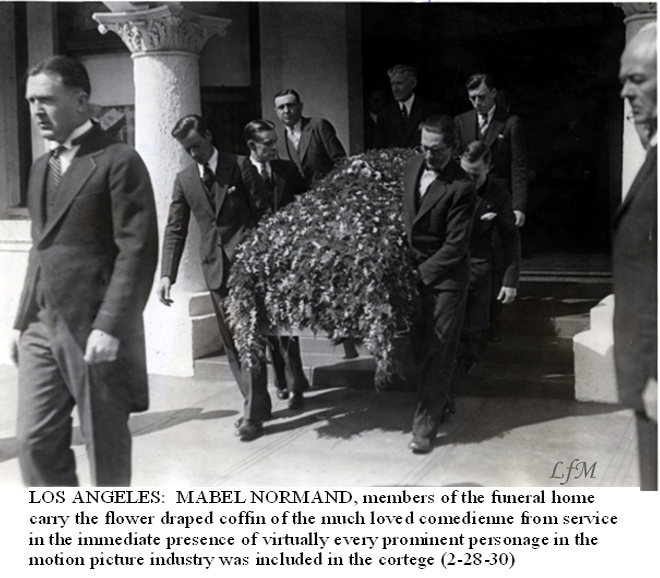 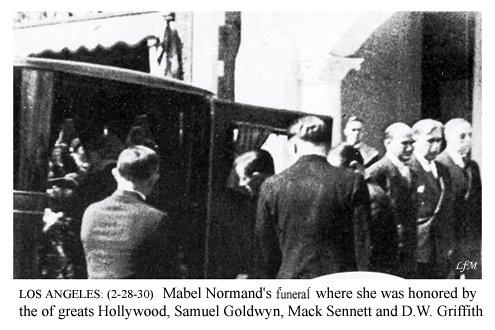 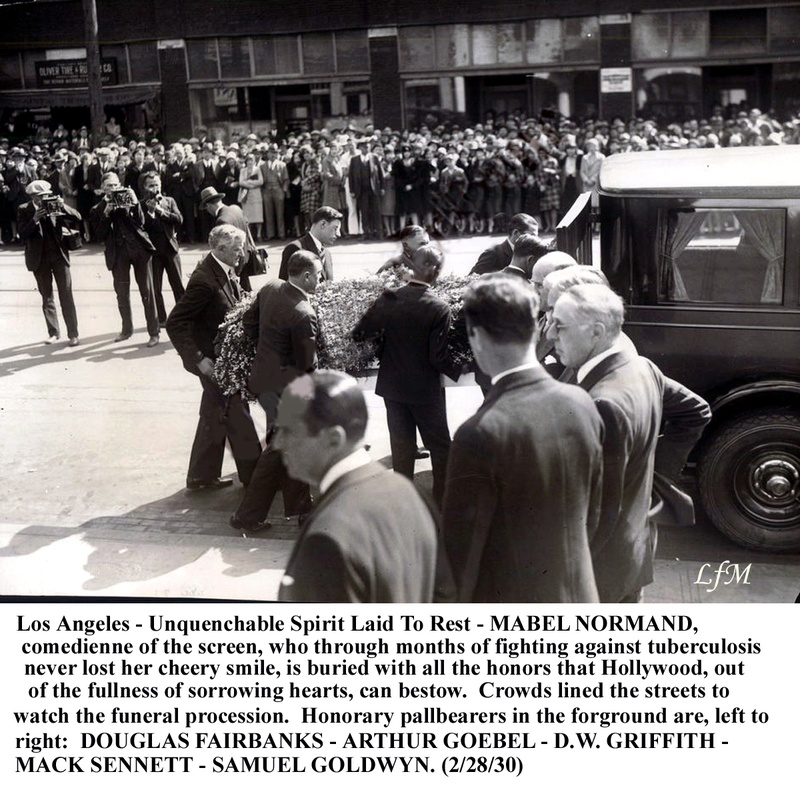 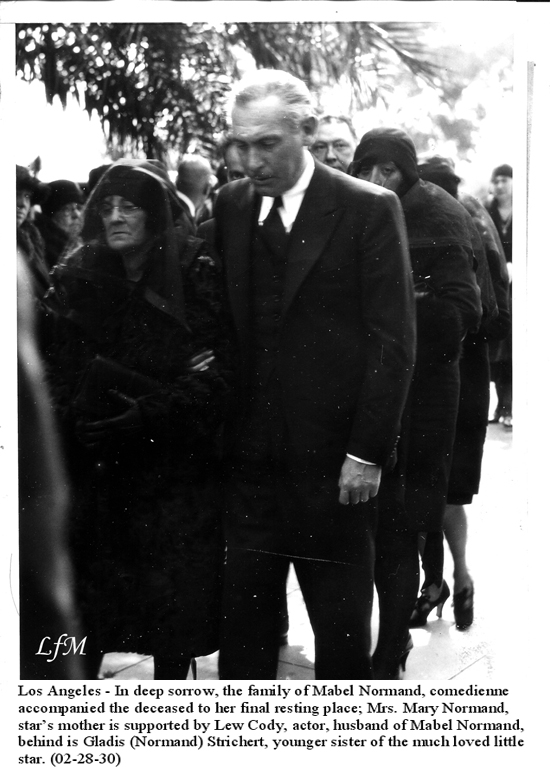 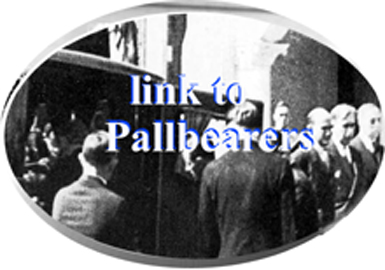