Lately I have been on a hunt for a recording of Mabel voice, no luck but I found a small article in a newspaper called the Southtown Economist dated 30, less then 6 months after her death and almost 15 years after Mickey was made.  Perhaps this was still part of the national mourning for Mabel. 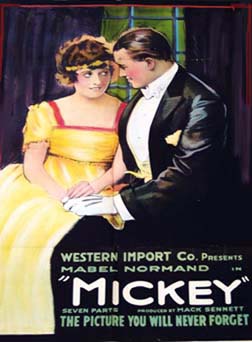 It has been written that Mabel had drifted into obscurity after her death, perhaps for some but I have never found a time that Mabel wasnt an active topic. So, it was not my expectance.  I am an avid reader of old newspapers and magazines and frankly, Mabel can be found in every decade but back to the article from 30.

The picture that Mabel Normand made and the picture that made Mabel Normand  Mickey  the briefest yet most penetrating and far-reaching movie ever produced, will be remade into a talkie at once.  Poor, pathetic Mabel Normand.  What a TERRIFIC hit she would have made if she had been afforded the opportunity to again star in it.  This most lovable and vivacious star was thinking of it when she was stricken.  She prayed and hoped that her public would call her back.  They surely will be thinking of Mabel when Nancy Welford takes the role made famous by Miss Normand in the forthcoming special release of Mickey.  Triangle, the reviver of all these old-time silent successes is the company back of this enterprise. 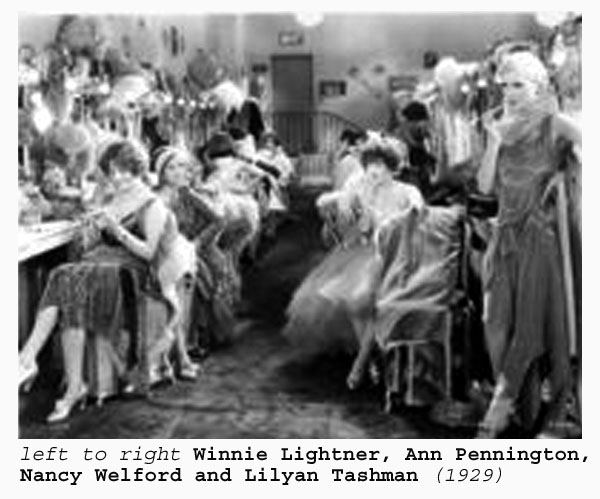 Nancy Welford? An interesting choice, she was a screen stealer in Gold Diggers of Broadway (1929).  performers the Song Of The Gold Diggers as the understudy, Jerry Lamar. The remake of Mickey wa 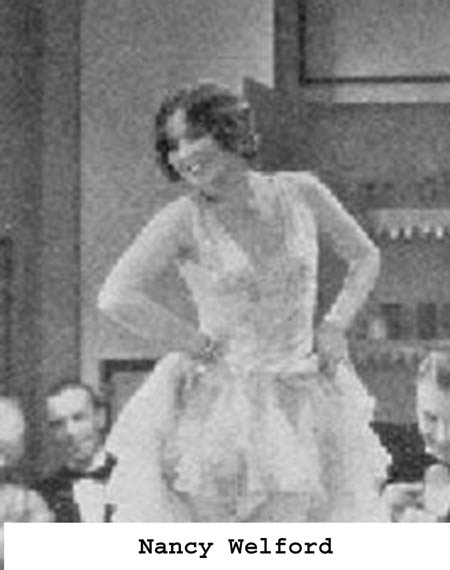 s never done; made The Jazz Cinderella in 1930. As we know, Mabel never recovered from her struggle with TB but if she had, we could stop hunting for a recording of her voice!  Now back to the search 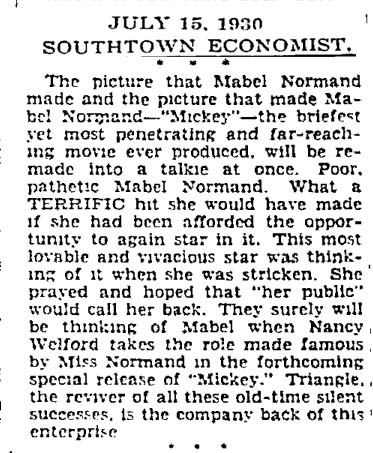