Mabel Normand used music to time her movements.  As you watch her on film she almost dances, Her tempo was created by the rhythm of the off screen music, it was a way of moving that the camera understood.  This was something she teachers to novices to the screen, like Chaplin when he came to Keystone.

Ben Model was talking to Richard Koszarski and the discussion lead to a quote of Milton Sills in the 1929 version of Encyclopedia Britannica.  Ben had just delivered his undercranking program.

"While the normal speed of the camera in filming a performance is 16 pictures a second, or 60ft. of film per 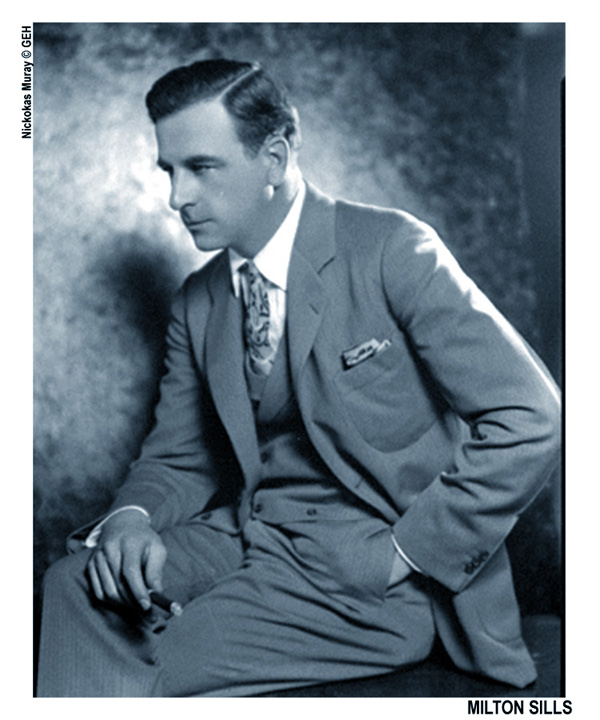 minute, when the picture is projected in a theatre, it is the custom to run it at the rate of 24 pictures per second, or 90ft. per minute. This, together with the fact that the film does not record movement as adequately as the eye, makes it necessary for the actor to adopt a more deliberate tempo than that of the stage or of real life. He must learn to time his action in accordance with the requirements of the camera, making it neither too fast nor too slow  a process of education only to be acquired through experience in the studio. The first mark of a novice is the rapidity and jerkiness of his movements, registered upon the screen as blurred and meaningless streaks. Another essential feature of the screen actors technique is a careful spacing of significant items which constitute the sequence of the scene. One thing and one thing only must be done at a time, and this in a clean-cut and distinct style with no distracting, irrelevant or unnecessary movements." 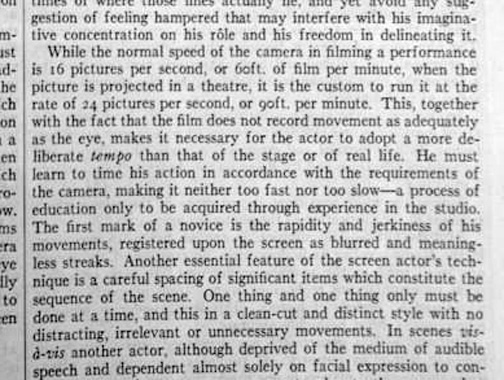