a dash of fact and a brunch of  mirthful myth.  Mabel Normand and Lew Cody were married

while Mabel was working for Hal Roach, she retired  after completing Should Men Walk

Home? in 1927 as you know, Mabel was having health problems and by the time this article was

written in 1928 she was a private citizen and Lew was a movie star.

GOSSIP OF ALL THE STUDIOS

When Lew Cody was on vaudeville tour in , a young boy asked him to endorse a picture.

Im coming to some day, the lad boasted. 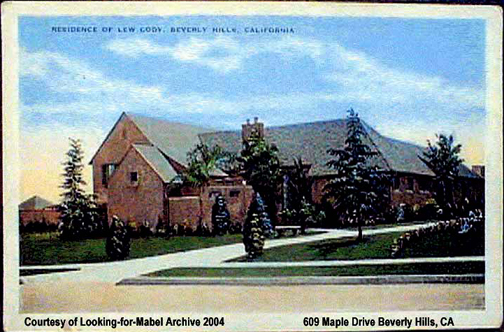 The other morning Mabel Normand answered the door of the Cody home.  Lew was on location.

On the steps stood a small bedraggled person.  Portions of the rear of his trousers were missing; his toes came through his shoes.

Are you Mrs. Cody?  Mabel nodded, Im Cordill Tray.  Mr. Cody asked me to come and visit him, and the lad produced the autographed picture as his card of introduction.

He had walked to from .

MABEL bought him a new suit, fed him five orders of bacon and eggs at one sitting and gave him a place to sleep until her husbands return.  Now he is working in the Cody household.  The telephone boy they call him.

Now dont start a stampede west, boys, for Cody says he is finished.  He has seven such people on his pay-roll already.  When he goes to the studio his entrance is in the way of a procession.  Directly behind the actor walks the chauffeur, an ex-service man.  Then Mortimer Snow, once a well-known actor, now custodian of Lews dog.  Then Cordill carrying the telephones number.  The generosity of Mabel and Lew is not just a legend. 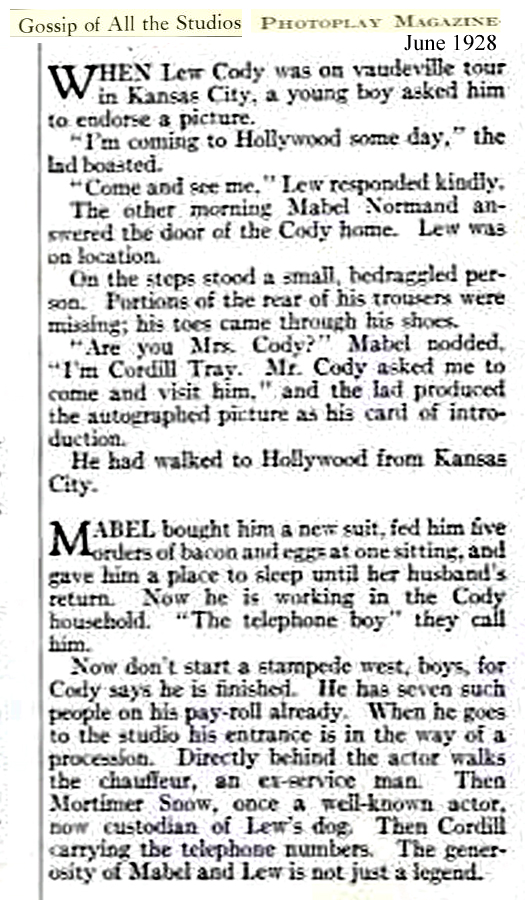 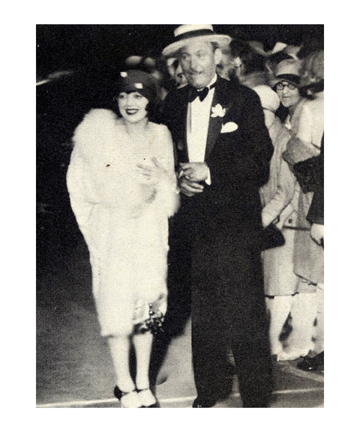