THEY REALLY HAVE VOICES.

Friends of years standing heard one another speak for the first time last night at the photoplayers inaugural ball in Shrine Auditorium.  Actors in the motion pictures met and mingled with their audience and greatly enjoyed the experience.  The audience long had wondered what the voices of their favorites sounded like, and how these men and women of a make-believe world really looked in the flesh.  Curiosity in this direction was pleasantly gratified at this remarkably successful affair.

Nearly 10,000 tickets were sold and more than half that number of persons attended the event.  Even before the grand march, virtually every seat was occupied.  The scene was one of brilliant color.  Beautiful women more familiar 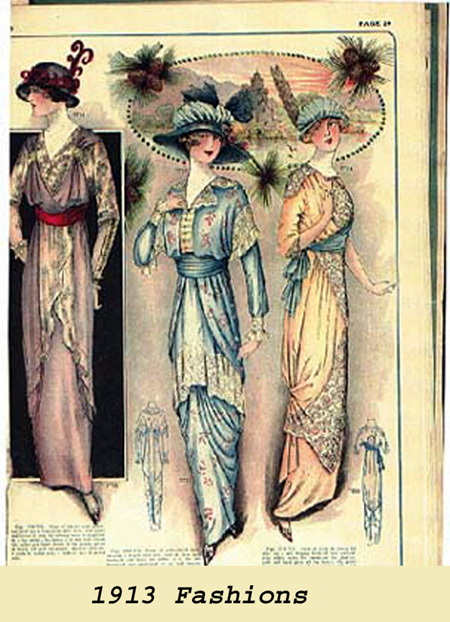 to the onlookers in the guiro of western heroines, picturesquely attired in rough-and-ready garments known to the plains in pioneer days were there in gorgeous gowns of Parisian make, but they were recognized just the same.

Devotees of the moving picture shows were as interested in picking their photodrama friends from the merry throng, as they would have been in witnessing their actions in the latest thrilling melodrama of the theater screen.  A spirit of the utmost friendliness pervaded the atmosphere and the hosts and hostesses made it manifest that they were delighted to be in such close touch with the people who their principal purpose in life it is to entertain.  The entertainment last night was in different form than they had

ever before offered in and it was all the more enjoyable on that account.

Fred Mace, president of the Photoplayers Club, and Miss Mabel Normand, leading lady of the Keystone Company, led the grand march, in which eighthly-four couples, all prominent members of the local photoplay colony, participated.  There were nearly 2000 motion picture actors and actresses in attendance, but only the leading men and women, the directors and managers, appeared in the opening number.  Elaborate gowns were very much in evidence.

The twenty-four dances were cleverly marked on the programme.  There was the Maco meander and then came the studio stumble. The dramatic drug, silent slide, camera cavort, screen scoot, reel rave, foreground frolic, actors rumble, hospital hop, directors dirge, switchbuck sway and pay-day prunce, were some of the others.

The proceeds of the ball will be devoted to a fund being raised for the construction of a home for the Photoplayers Club.  The programme alone netted $3200, thanks to heavy advertising patronage.  The ticket sale amounted to nearly $10,000.  Plans for the clubhouse are only tentative as yet, and its location has not been decided upon, but steps in this direction will be taken in the near future.

All members of the club constituted the reception committee last night.  Richard Garrick was floor manager and members of the Board of Control were his assistants. 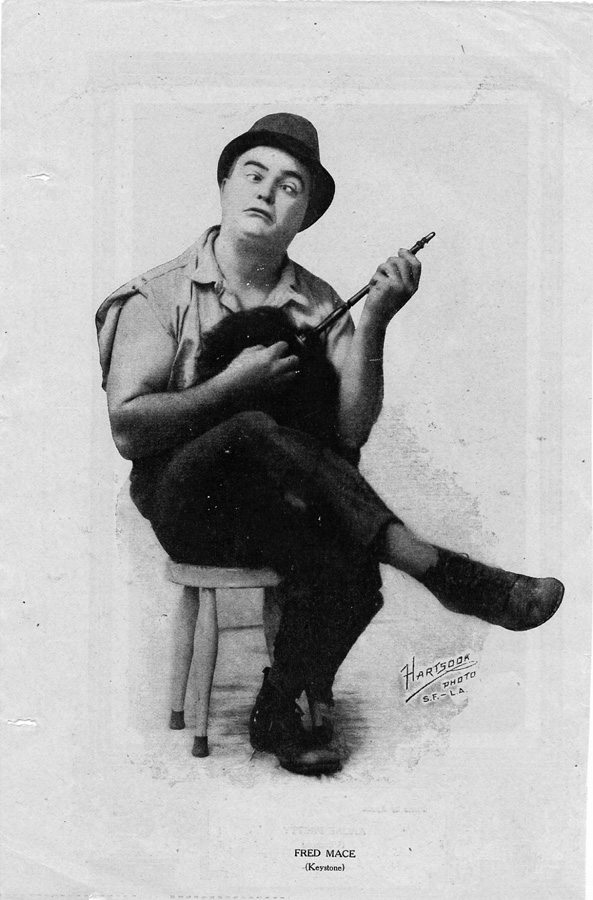 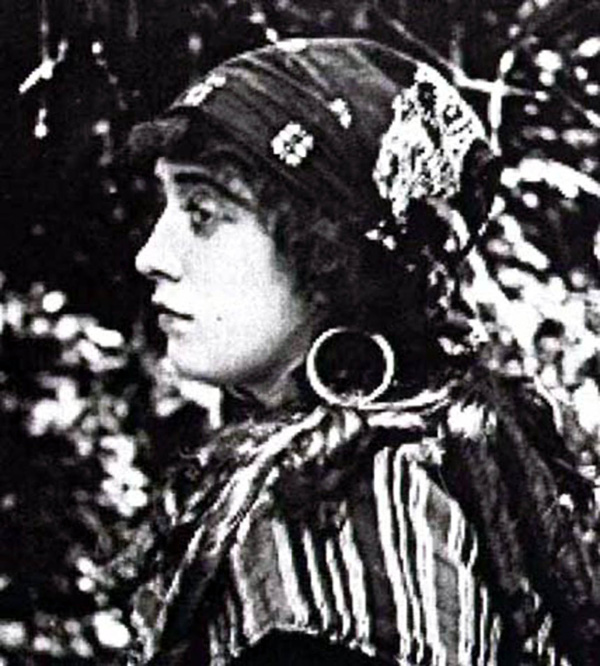 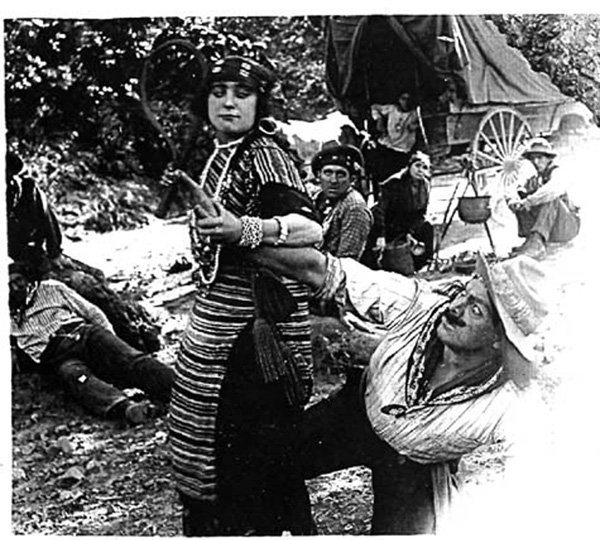 What I know is, Fred Mace was dead by 1917 and by dying so early in the history of the developing film industry leaves only speculation as to what contribution he might have made.  We know him as one of the small troupe formed by Mack Sennett of the comedians at Biograph to come to and formed Keystone.

Fred was born in Philadelphia, 78 and had been a dentist but as early as 1904, he was performing on stage in musicals, including ones with his later boss, Mack Sennett, A Chinese Honeymoon and Piff! Paff! Pouf!.  He also spent time on the English stage. When he left Sennett to find better pay; he worked at a number of studios that failed and even tried to form his own production company, which failed.  Fred was a man of ambition, he was successful with his early work with Sennett, and hoped to develop his character One-Round OBrien, into its own franchise, which didnt happen.

Fred found himself back with Sennett, by 1915.  He never again seemed to reach the heights of popularity, which he had attained with the first Sennett slapstick comedies.  It appears from the 1913 article regarding the Ball, he was working his way behind the camera, directing, studio owner, and president of the actors club (perhaps this could be thought of as one of the seeds that would later grow into the Screen Actor's Guild).  The Ball held at the Shrine Auditorium in seems to be a in his plan.

We tend to think of Los Angles as the city where movies were made and the center of the film production but in 1913, this was not the exclusive centerNew York was where the main offices of the production companies were, for the most part it was on the East Coast where decisions were made. Here I think we find the continental beginning to drop to the western , and perhaps people started to face west when they prayed; 45 studios, 2,000 performers and more coming every week.

Fred Mace, by the age of 39 he had died in NY, he was in the Triangle Film with  Mabel, Mack and Raymond Hitchcock in September 1915, My Valet.  He was found dead in in his apartment at the Hotel Astor.  It is said that his death was caused by apoplexy . He was reported to have lost a lot of weight in a short time, as he was well over 200 pounds, which was thought to have something to do with his death.

What Fred Mace would have done, what he would become, as he was relatively young for a character actor, with talent, ambition, intellect

So what was the Photoplayers' Club? 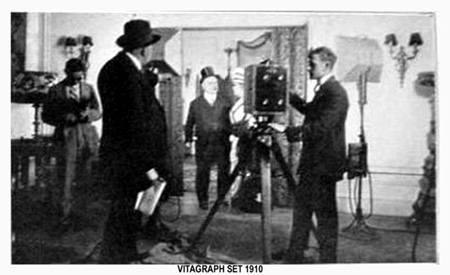 After finding the article regarding the Inaugural Ball held 13 in the Los Angeles Times, which had not been included in the Mabel Normand Source Book, interested me enough to explore the club a little.  I was about to post the article but wanted to make sure that I had identified the names of the people reported to have been at the dance.  One person was a man named 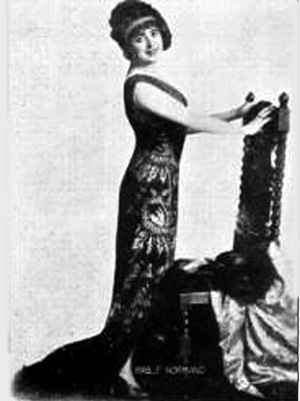 Richard Garrick, said to be the floor manager in a note on the internet it stated that he was a charter member of the Reel Club Was the Reel Club, the Photoplayers Club?  I found what I was looking for in Taylorology, WOW yes a whole bunch of information!  Yes, they were the same Club!

So, what stared as nothing more then a footnote about a dance that Mabel attended, turned into a grand research project, the Taylorology - Issue 47 - November 1996 - Editor: Bruce Long.    William Desmond Taylor was also an officer of the Club. Did Mabel met here, did they dance?

The Club was for men only, just letting women come to dances or other special events; but women didn't vote either but look who was editing the films (equal membership).  The Club was all over by 1915 and it disbanded due to money problems. 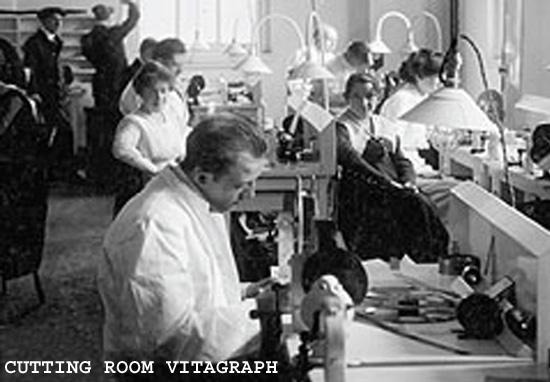 AT THE MOIVING PICTURE BALL 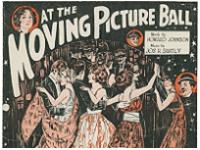 Wild Animals to Be in the Line of March.

The Photoplayers' benefit ball, which is to take place on the evening of February 14, at the Shrine Auditorium, promises to be one of the greatest social events of the entire season.

Practically all arrangements for this gigantic dancing party have been completed by the committee in charge; and judging from the sale of tickets reported by members of the profession, it will be better attended than any benefit ball ever held in this city.

It has been definitely decided that the ball will be strictly a formal affair. No costumes are to be worn by either the motion picture artists or the guests.  Only those dressed in the conventional attire are to be allowed on the ball-room floor.

The reason given by the members of the committee for this arrangement is so that it will give the guests an opportunity to meet the photoplayers as they appear in private life rather than in the parts they play for production on the canvas.

Saturday night, the picture players are to parade the

streets of this city.  This parade is expected to be one of the most novel ever seen in .  Practically all the companies working in this section will be represented in the line of march.

Wild animals, automobiles, Indians, cowboys and prize horses, are to be among the features of the column.

Police protection has been granted and the official route is to be announced tomorrow.

The Selig company will furnish the wild animal feature.  "Big" Otto has been appointed marshal of this division and has had his big automobile decorated with a new coat of red paint especially for the occasion.

cage on a truck.

Hobart Bosworth is to ride "Busy" his trained horse.

Henry McRae and Miss Kathlyn Williams are to lead the automobiles of the company.  The local Selig branch has fourteen machines and they are all to be in the parade Saturday night.

The Universal, is to be well represented by cowboys and Indians.  Four-year-old Mattie, leader of the juvenile colony at and his father, H. C. Mathews, are to ride horses.

Indians and cowboys will also be in the column from the 101 Bison company.

A large automobile fleet is to carry members of the Kalem company. Fred Mace in his big touring car is to lead the Keystone division. [with our Mabel]. Miss Elenor Blevins is to ride in her own machine.

According to C. L. Card, there will be more than 100 automobiles in the line, aside from the many other features offered by the different companies. 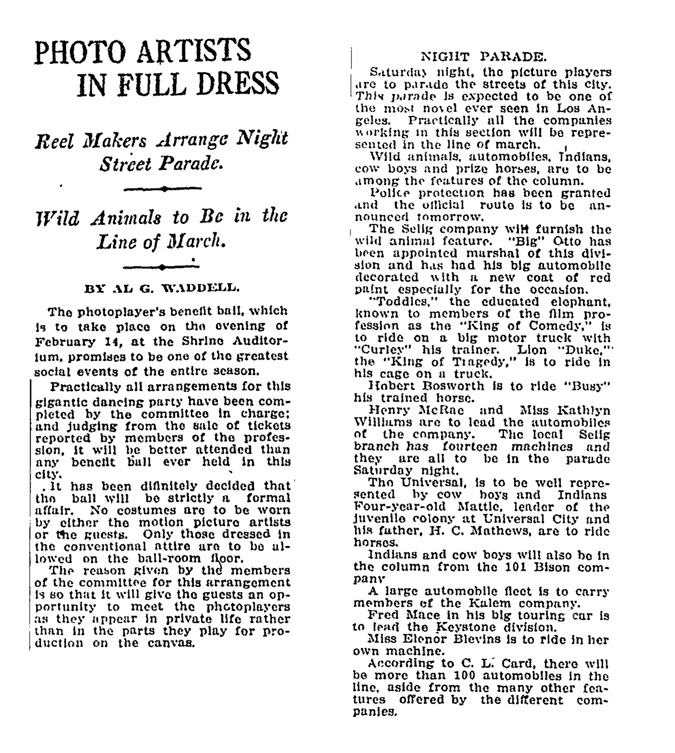