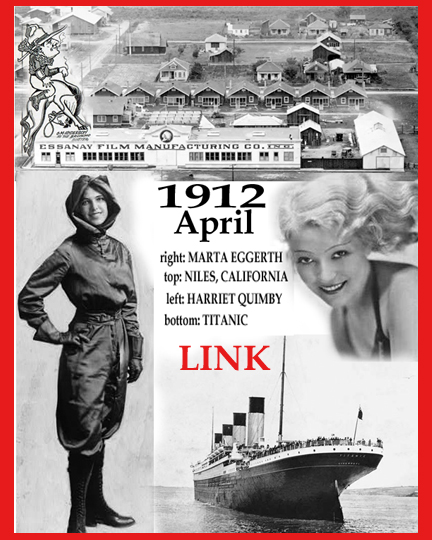 Once again, the film historian, William M. Drew has written a post for his site which is really interesting, insightful and yes, a fun read with just tons of pictures.

It is all about April in 1912  a month of special importance; Marta Eggerth was born and in 2012 is celebrating her 100th birthday; Broncho Billy, arrived in the East Bay community of Niles, California a 100 years ago; the sinking of the Titanic on April 14-15, 1912 and April 16, 1912, the remarkable, Harriet Quimby, became the first female pilot to fly an airplane across the English Channel and more!